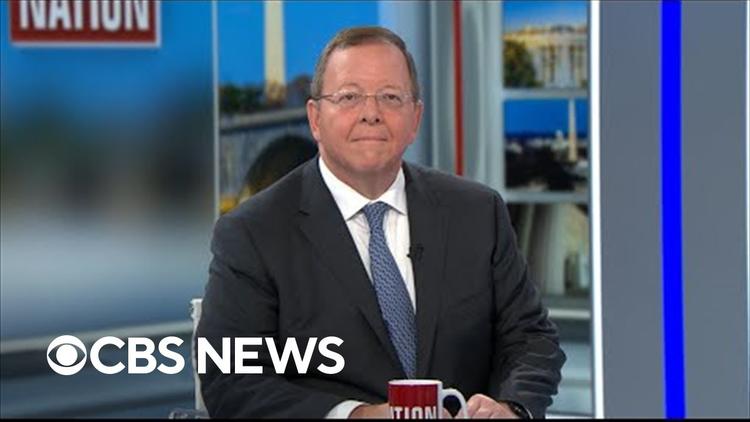 The latest polling shows that 72% of Americans believe that democracy is in serious danger. Even more strikingly, 43% said civil war was at least somewhat likely in the next 10 years.

Robert Reich, a former US secretary of labor and currently professor of public policy at the University of California, has warned us about the threat coming, “from an increasingly authoritarian-fascist Republican party”.

Nevertheless, there is still a lot that we can do to reverse this alarming trend before it is too late. And the most effective way to do so is fairly obvious: make life better for everybody.

The United States has faced many serious problems before, and we have been able to resolve them non-violently (mostly) for the past 150 years. The difference now has a lot to do with the increasing stress and anxiety that most people are feeling in their daily lives.

These conditions are central to understanding the growing anger that we see everywhere, including, of course, in politics.

Perhaps the most striking example of this phenomenon is what have been termed, “deaths of despair”.

The American Council on Science and Health defines them as deaths due to suicide, overdoses, and alcoholic liver diseases, with contributions from the cardiovascular effects of rising obesity.

These deaths disproportionately impact Caucasian males without a college degree.

According to the National Center for Health Statistics, there was a large increase in drug overdose deaths alone from April 2020 to April 2021. “The center estimates 100,306 drug overdose deaths in the U.S. over that time, a 29% rise from 78,056 overdose deaths over the same period one year prior.” (That toll is twice as many as the number of Americans who died during the U.S. war in Vietnam).

Anger, despair, and toxic “masculinity” is another major factor. As the Washington Post reported:

Adding to the crisis is the fact that the United States has a much less comprehensive safety net than other rich countries, such as Canada, Denmark, and Japan. Stanford neurobiologist Robert Sapolsky notes, “the only other place that has come close with a similar phenomenon was Russia after the collapse of the USSR, both in terms of decreased life expectancy (mostly men) and its causes.”

(In fact, in 1993, I had the chance to ask Mikhail Gorbachev what he thought about the potential rise in Russian nationalism after the dissolution of the Soviet Union. He replied that, as long as living conditions improved, it would probably not be a major problem. Then the oligarchs took over and life did get worse for most Russians).

The classic examination of this crisis of inequality is, “Deaths of Despair and the Future of Capitalism”, by Anne Case and Angus Deaton.

Their main point is that, “the deaths of despair among whites would not have happened, or would not have been so severe, without the destruction of the white working class…”

Not surprisingly, the decline in wages, along with the growth of economic inequality, has slowly undermined all aspects of the lives of working people. In particular, the “increase of deaths of despair were almost all among those without a bachelor’s degree.”

In their middle years, the risk of severe mental illness among whites with a bachelor’s degree, “is only a quarter of that faced by those without a bachelor’s degree.” Part of the problem is that the less educated are often underpaid and disrespected, “and may feel that the system is rigged against them.”

And even though black mortality rates remain above those for whites, in the past three decades, the gap in death rates between blacks and whites with less than a bachelor’s degree fell markedly.

Also, we must not forget the role that the pharmaceutical companies played in this horror, as they literally made hundreds of billions of dollars in profits from pushing OxyContin and other opioid painkillers.

The outcome of the 2016 election, the January 6 attack on democracy, and the increasing threats of violence are, according to Case and Deaton, “a gesture of frustration and rage that” made “things worse, not better. Working-class whites do not believe that democracy can help them…”

So, how do we improve people’s lives while reducing anger and the threats of violence? It’s not easy, but it’s not rocket science either.

Of course, there are many other areas where the United States can make improvements, but whatever the choices, in the words of John Fogerty: “The time is now!”