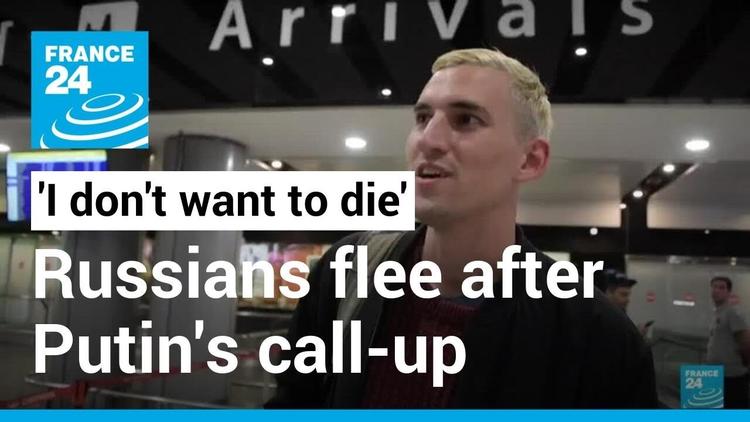 Montréal (Special to Informed Comment) – The “partial mobilization” announced by Russian President Vladimir Putin on September 21 has triggered mass protests throughout the country and launched a mass exodus of Russian citizens fearing the draft. Many who previously supported the “special operation” in Ukraine are now having second thoughts. But with the price of airline tickets skyrocketing and flights to the few destinations still open to Russians fully booked, tens of thousands are now trying to flee across land borders into Georgia, Kazakhstan and Mongolia.

With traffic jams stretching back for many kilometres and delays of up to 24 hours to reach the border post, citizens leaving Russia are experiencing very different receptions in these three neighbouring countries. In eastern Siberia near Lake Baikal, the Buryat Republic bordering Mongolia is home to many ethnic Mongols. Along with other non-Russian peoples from the Caucasus and elsewhere, they have been sent to the war front in disproportionate numbers. Many feel it is not their war, and Mongolian president Tsakhia Elbegdor has promised a warm welcome to those fleeing the draft. In Kazakhstan, free food, cigarettes, and SIM cards are being offered to arriving Russian citizens.

The situation in the Caucasus is rather different. The border crossing at Verkhny Lars between the Russian republic of North Ossetia-Alania and Georgia is a scene of panic and opportunism. The line of vehicles waiting to enter Georgia stretches for more than 30km, all the way back to the Ossetian capital, Vladikavkaz. This slow-moving caravan towards the border has provided a range of business opportunities for enterprising locals, civilians and law enforcement officers alike. Coffee- and sandwich vendors have been doing a thriving business moving up and down the line. Scooters and bicycles, able to breeze passed the immobilized traffic, are being rented out at a premium. Vladikavkaz police, meanwhile, have been taking bribes to allow those passing through the city to continue onward, and once at the border would-be emigrants can expect to pay Russian border guards to let them through.

The Georgians, for their part, present new arrivals with forms to sign stating that they oppose the war in Ukraine and that Russia has illegally (since 2008) occupied the Georgian territories of South Ossetia and Abkhazia. Anyone who refuses to sign is sent back into Russia, where Russian officials are waiting to greet them with draft papers.

Many are passing the long hours inching towards the border on their cell phones, asking for tips on getting across and posting their experiences on social media. It is advised to display a “Z” sticker on one’s car while still on Russian territory, but to be sure to remove it before reaching the Georgian border post, otherwise one will be refused entry into Georgia. There is a wealth of information on getting across the US border from Mexico – assuming one makes it that far – where having the right skin colour is said to guarantee preferred treatment for one’s asylum application.

Of course, most Russian citizens do not have the means to flee abroad and must stay to face their destiny. Many are resigned to this, and in time-honoured Russian fashion, accept their fate with black humour. “I’ll go to the front,” says one; “it will give me a break from my wife.” A video circulating on Telegram shows a group of laughing drunks on the verge of being bussed off for training. “We’ll go wherever we’re needed,” slurs one, waving a half-empty bottle of vodka. Another clip shows a group of enthusiastic young men dancing in front of a recruitment centre, followed by a sober scene from their barracks where they contemplate the rifles they have been issued – as rusted and unusable as the broken bedsprings and shredded mattresses of their cots.

Ordinary Russians are receiving a wake-up call to the actual situation on the ground in Ukraine. Decision-makers at the upper echelons of Russian society may soon receive theirs as well.