Although Iran is now considered by the US State Department to be in what it calls the “Middle East,” in the nineteenth century the French diplomat and scientific racist Comte Arthur de Gobineau wrote of his tenure as ambassador in Tehran as “Three Years in Central Asia.” Iran has always been a frontier between the countries of West Asia and those of South and East Asia. Now that a bloc of Arab states led by Saudi Arabia is openly or tacitly allying with Israel against the Islamic Republic, the ayatollahs are looking east for their trade and diplomatic alliances. We might compare Iran’s demarche toward China and Eurasia to the way late nineteenth century Germany put some of its energy into developing its interests in eastern Europe, a policy journalists referred to as drang nach Osten, the “drive to the east.” 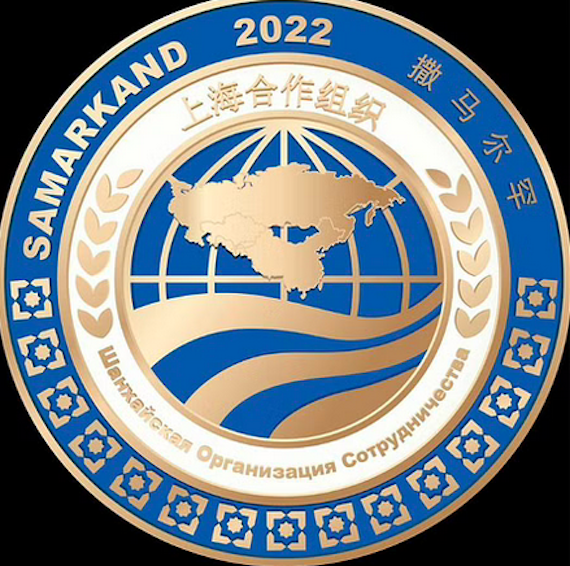 The Shanghai Cooperation Organization contains eight states — The People’s Republic of China, Russia, Kazakhstan, Kyrgyzstan, Tajikistan, Uzbekistan, India and Pakistan. Iran has now initiated steps to gain full membership, which should be acknowledged before too long. Aside from the two South Asian countries, the SCO increasingly resembles the Mongol khanates of the medieval period in its geographical scope. In the 1200s into the 1300s, the Mongols had China, Iran and the Central Asian lands, and subjected the Muscovy state to themselves as vassals.

In the present, both Iran and Russia are under severe financial sanctions imposed by the United States and its European allies, and China has been threatened with sanctions, as well, for declining to cut off those two countries. While the SCO members do hold joint military exercises, they are not really allies in the sense of being pledged to come to each other’s aid if attacked. The SCO is thus no NATO. It is not universally anti-American, either. Pakistan has long been an ally of the United States, and India’s relations with Washington have been warming. Most of the Central Asian “stans” have good or at least correct relations with the US, as well. The Russia-China-Iran bloc within the Shanghai Cooperation Council, however, is emerging as challengers to US attempts to achieve hegemony.

“Tonight, in the historical city of Samarkand, I signed the memorandum of commitment for the permanent membership of the Islamic Republic of Iran in the Shanghai Cooperation Organization with the Secretary General. Now we have entered a new stage of various economic, commercial, transit, energy, etc. cooperation. The secretary general of the organization congratulated Iran on its permanent accession and the signing of the document and called it an important development.”

The Secretary-General of the SCO is Zhang Ming, whom BBC Monitoring describes as a career Chinese diplomat who took over the reins of the body in January of this year. He had earlier been the Chinese ambassador to the European Union. An Arabist, he also served in Yemen, Oman and Israel. Since Amir-Abdollahian speaks fluent Arabic, it is possible that the two communicated in that language.

Foreign Ministry spokesman Naser Kanani remarked on Twitter, “The visit of the President to Uzbekistan at the invitation of his Uzbek counterpart for an official bilateral meeting and participation in the Shanghai Cooperation Organization summit — and the signing of the memorandum of commitment of Iran’s permanent membership — is another important and lasting development in strengthening the neighborhood policy, convergence and regional integration, and the deepening of of multilateral relations.

BBC Monitoring reports that Russia state television gave a lot of airtime to the Shanghai Cooperation Organization meeting in Uzbekistan. Anchors praised Iran’s accession to the body, and positioned it as a coalition of states for whom the United States is an “existential threat.” As noted above, this assertion is incorrect, since neither India and Pakistan nor most of the Central Asian countries view the U.S. in that light. Russian television personalities also expressed gratitude to Iran for shipping drones to Russia for use in the Ukraine War.

Russian President Vladimir Putin met with Iranian President Ibrahim Raisi on the sidelines of the summit. Raisi in his remarks underlined that Iran’s relations with Russia are “strategic,” adding, “Iran’s will is to develop strategic relations with Russia in all political, economic, commercial, air and space fields,” according to the Fars News Agency. Raisi slammed what he called America’s expansionism.

Raisi said, “The Islamic Republic of Iran does not in any way accept the sanctions against Russia and we do not recognize these sanctions. We will develop and strengthen our commercial and economic relations with Russia. Connecting the countries sanctioned by the US with each other can solve many problems and make them even stronger day by day.”