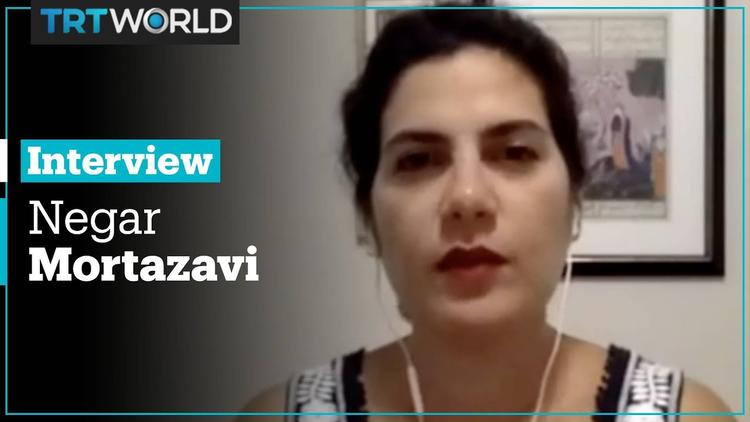 ( Middle East Monitor ) – As the countdown begins for the signing of a nuclear agreement between Iran and world powers, a number of disputes have surfaced between Israel and the US about the deal. There is also criticism within Israel of the government’s political and military approach towards the agreement. The occupation state appears to be opposing the whole world, which has more or less united to curb Iran’s nuclear ambitions through diplomatic means, while Israel foolishly sticks to the punishment approach.

In a step devoid of political wisdom, former Israeli Prime Minister Benjamin Netanyahu tried to prevent the signing of the 2015 Joint Comprehensive Plan of Action nuclear deal agreed by the administration of then US President Barack Obama. Netanyahu arrived in Washington on the eve of the signing ceremony and delivered a speech in the US Congress against the deal behind Obama’s back. Obama did not hesitate to describe him as ungrateful. In the end, Netanyahu returned empty handed while the agreement was signed.

The strange thing is that current Prime Minister Yair Lapid is now following in Netanyahu’s footsteps. His National Security Adviser, Eyal Kholta, has arrived in Washington for talks at the White House during which he will hear the details of the agreement before expressing Israel’s opposition. It is true that he will be briefed on the details closely, but he will not get what he wants. US President Joe Biden is determined to give Israel a second chance, which it will be a mistake to miss. Mossad spy chief David Barnea has also criticised the agreement, which is being seen as direct criticism of the Biden administration.

Meanwhile, more Israelis are calling for a different policy on the Iran nuclear issue. Automatic opposition to any agreement, coupled with angry rhetoric and an attack on Iran, may earn Brownie points within certain sections of the Israeli electorate, but it brings Tehran closer to deciding to arm itself with nuclear weapons, because it will be the one to decide whether there will be a renewable agreement with the global powers regarding the nuclear file.

Many Israelis believe the new agreement to be less useful than what was on the table earlier. The fact is that Israel can’t expect anything better. Iran has made great progress in the production of centrifuges, and is able to enrich uranium faster than before. Israeli policy has played an important part in reaching this bleak situation. It began with Netanyahu’s direct attack on Obama, and he continued to push Trump to withdraw from the agreement — which he did in 2018 — even though Iran had fulfilled its part of the terms.

Israelis are afraid of reproducing Netanyahu’s opposition to the nuclear agreement to the point of starting a crisis with Biden, which could cost Israel a lot. The current agreement, even if Israel sees it as bad, is better than no agreement at all, because Israel’s current policy is pushing Iran to acquire nuclear weapons. Tel Aviv needs to think seriously about a change of policy.

A nuclear Iran is apparently a serious threat to Israel, because it will open the regional nuclear arms race even wider. This will require an examination of every step that Iran takes when looking at other conflict zones. Israelis recall that the late Mossad chief Meir Dagan said, “Forcefully preventing Iran’s bomb cannot be achieved by Israel alone; it requires international preparation.”

All of this confirms that Israel is facing a complex situation, which has prompted its military and security leaders to ask the politicians and government to coordinate their activities with other countries, notably the US, as well as with their regional partners. The idea must be to create checks and balances against Iranian interests in various places, and to stop believing blindly that the only solution is Israel’s military power. Such a belief means, in short, bringing Iran closer to having nuclear weapons.

Israelis are now talking about the conflicting interests of the US and Israel in the nuclear agreement to be signed. This requires the latter to find a way to act without necessarily causing a clash between Lapid and Biden. Netanyahu clashed with Obama, causing relations to deteriorate dramatically.

Although not much is known about the details of the new nuclear agreement, it is clear that it is already much weaker than the original JCPOA signed by Obama, according to Israeli estimates. If implemented, the deal will limit Iran’s ability to enrich uranium even more than the original agreement. Meanwhile, Tel Aviv is still making great efforts to persuade Washington not to sign the agreement, or at least to toughen some of its provisions.

Four main components have been identified to deal with the consequences of the imminent agreement: careful monitoring by the intelligence services, which will prevent Iran from developing an explosive nuclear device secretly; the means to respond and disrupt production if Iran resumes its nuclear weapons development programme; a joint identifier by Tel Aviv and Washington as when to consider Iran to have achieved a breakthrough towards nuclear weapons; and understandings on the action to be taken by Tel Aviv and Washington together, or separately, if Tehran actually gets a nuclear bomb.

It is clear that there are a number of conflicting interests between the occupying power and the United States. The latter has an interest in lifting sanctions on Iran so that it will be able to produce and export oil and gas with no limits, averaging 3.5 million barrels per day, in the face of the consequences of the Russia-Ukraine war, and to fill the fuel shortage that Russia has created for Europe in the coming winter. The US also wants to save Iran from falling into the arms of China and Russia and thus reduce the strategic and economic negotiating power of the anti-Western camp.