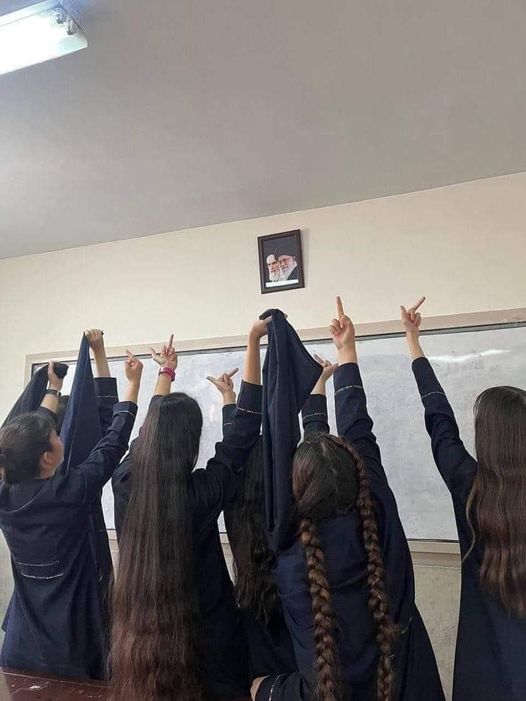 Newark, Del. (Special to Informed Comment) – Iran’s student movement has never gone away. On 16th of Azar/ December 7, 1953, three students, Ghandchi, Bozorgnia and Shariat Razavi were killed at Tehran University while the then VP Richard Nixon visited Iran, following the Coup in August of that year.

Ever since, this date has been known in Iran as Student Day.

For as long as the Shah was in power, Iran’s universities remained hotbeds of student activism.

Before and during the revolution of 1979, students were active, whether at the universities or by joining the main Marxist and Islamist organizations, the Fedayeen or Mojahedin.

Some of the leaders of the movement, Bijan Jazani, Masoud and Majid Ahmad Zadeh and Hamid Ashraf, who came from different backgrounds, religious /nationalist families or the Tudeh, were all students in different fields of study.

Masoud Rajavi, the leader of Mojahedin, graduated in political law from Tehran University. He next became an activist and eventually its leader.

They were all smart, articulate, wrote books, and could have become technocrats or joined the government, but they chose the revolutionary life. Many were tortured and sentenced to death during the Shah.

Rajavi escaped death. Others were not so lucky.

Often born into religious or nationalist and leftist families, then as now common among many families in Iran, they were anti-Shah and anti-imperialist. This was certainly the case of Majid and Masoud Ahmad Zadeh, whose father was a devout Muslim. Masoud had studied mathematics at Tehran University. But both brothers became Marxists. 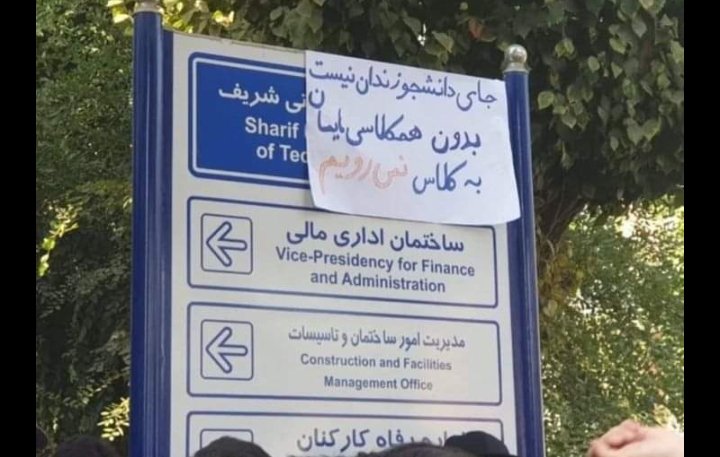 After undergoing severe torture, they were executed.

Amir Parviz Poyuan, a student of law, became a theoretician of the movement. Inspired by the teachings of Che Guevara and Regis Debray, he promoted guerrilla warfare against the Shah’s regime. It was the mood of that time. For better or for worse, this was how things were. He was killed in a confrontation in 1971.

And now the student movement is once again leading protests, sit-ins and strikes at various universities in Iran. In Tehran, Isfahan, or Tabriz, and even in other cities and towns, they are struggling against a regime far more brutal than the previous one.

In the last few days, many have been arrested or even gunned down.

Sharif University of Technology, sometimes called the MIT of Iran, has been the scene of bloodshed. Some of Iran’s brightest, among them the late mathematician, Maryam Mirzakahani, graduated from there.

Two other Sharif University students, winners of the 2017 gold and silver National Astronomy Olympiad while in high school, Ali Younesi and Amir Hossein Moradi studying physics and computer science, were arrested on trumped-up charges in 2020, held for two years and each given 16 years of imprisonment. Younesi just turned 22 in prison.

Sharif is now under siege.

At the entrance of the university, a hand-written poster announces: “Students’ place is not in prison. We won’t go to class without our classmates.”

University students and even high school students are going full force against the 43-year-old theocratic establishment. In many ways, the new generation which received religious indoctrination has become the very anti-thesis of the Islamic regime.

Today, in Iran, nearly 65 percent of university students are female. I remember back in 2017, while sitting in a class at Isfahan University, I noticed that most of the attendees, lecturers and participants were women. Exceptionally bright, they do not see any future for themselves.

A student at Isfahan university who was getting his PhD in Safavid studies told me that, if he didn’t find a job, he would go back to his hometown of Kermanshah and work on his father’s land. I met many students who were driving Snap (equivalent to Lyft) who also told me that, jobless, they had to survive by driving cabs.

The Islamic regime has always focused on what went on at the universities, especially at Tehran University. During 18 Tir, July 8, 1999, the university of Tehran was targeted when, following the closure of the newspaper Salam, a peaceful protest ended with the brutal raid on a dormitory during which hundreds were injured and one student was killed. The protest continued until July 11. In the aftermath, hundreds were arrested and jailed. In 2005, I tried to enter through one of the gates, but I was banned from going in. Security guards were everywhere.

I then went through another gate where a kinder guard allowed me in but told me not to enter any classrooms or talk to any students.

The regime was clearly scared.

Sharif University students, like many others, are once again fighting ferociously against a merciless regime that uses tear gas, live ammunition, or rubber bullets. According to one report, blood had to be scrubbed from the ground of the university.

“It is like a war zone,” a witness said.

Two weeks have passed since the vicious killing of Mahsa/Zhina Amini but Iran is still in flames. Ruthless beatings of young men and women are a daily occurrence and prisons are reportedly running out of capacity.

Chants of Woman, Life, Freedom have been in the air all over Iran for weeks, but now the slogan Freedom, Bread, Equality has joined one amongst the many.

This new wave of nation-wide protests is primarily directed against the mandatory hejab. But behind this symbolic issue looms the daily reality of most Iranians- marked by economic deprivation, unemployment, corruption, and mismanagement, all of which is strangling the Iranian society.

Khomeini once said, economy is for donkeys (let’s say for fools). He was all wrong, of course. Economy is everything. As is freedom.