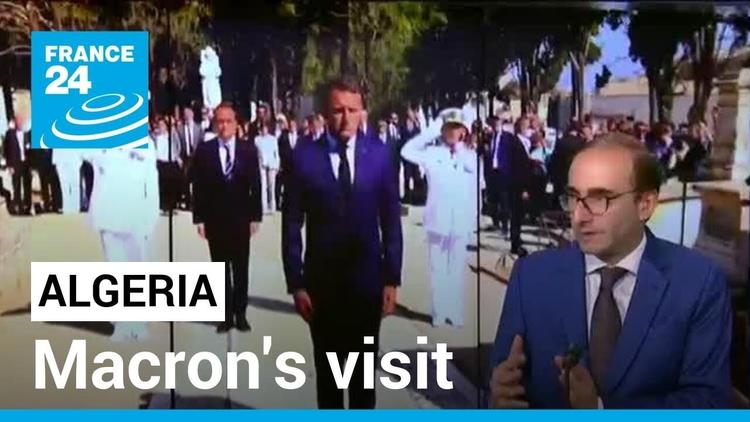 (The Conversation) – If you cross the Seine in the centre of Paris at the iconic Pont Saint-Michel and walk along the promenade, you may glimpse a small plaque on your way towards the steps that lead down to the riverbank. Placed not on the actual bridge itself, but on a wall to the side, the plaque was mounted in October 2001 to mark 40 years since Parisian police, led by a Nazi war criminal, massacred hundreds of Algerian demonstrators on October 17 1961.

France and Algeria were gripped in a bloody war that would eventually lead to Algerian independence in 1962. On October 17, a demonstration organised by the Algerian National Liberation Front (Front de libération nationale – FLN) took place in the centre of Paris. The demonstrators were made up of Algerians – men, women, children, the elderly – who were living and working in Paris, mainly on the outskirts of the capital.

Importantly, as the FLN had insisted, this was a peaceful demonstration, protesting against a curfew imposed on Algerians living in Paris. As demonstrators marched in the heart of the French empire’s metropolitan centre, they were met with indiscriminate violence on the part of the Parisian police.

Chief of police at the time was Maurice Papon who, in 1998, was convicted of complicity with Nazi Germany in crimes against humanity following his role in the deportation of Jews during the second world war. While the Parisian police downplayed the violence meted out to Algerians that night in October 1961, it is generally agreed that between 100 and 300 Algerians were killed.

The commemorative plaque was unveiled in 2001 by mayor of Paris, Bertrand Delanoë, but no government official attended the unveiling ceremony. Its inconspicuous location and lack of state presence at its inauguration demonstrates the long period of silence and forgetting in France surrounding the massacre of 17 October 1961 and the Algerian war of Independence (1954-1962) more broadly.

More recently, French politicians have moved to acknowledge this difficult past. In 2012, then president François Hollande belatedly acknowledged the massacre and paid “homage” to the dead. In 2021, current president Emmanuel Macron attended a commemoration ceremony and admitted that “inexcusable crimes” had been committed by the republic on that date.

These official recognitions in the past decade reflect the extent to which October 17 and the Algerian war have become a regular and important part of political and public debates around how France comes to terms with its colonial past.

Indeed, Macron has made this – and particularly the Algerian war – a key aspect of his political agenda. So much so that he gave renowned French-Algerian historian Benjamin Stora the task of submitting a report on how the war – and France’s colonisation of Algeria – have been remembered.

Underlying the report was the desire for reconciliation between French and Algerians. It was published in January 2021, part of a conciliatory drive which included Macron making an official visit to Algeria in August 2022.

Emmanuel Macron in Algeria: France and Algeria to set up committee on colonial rule • FRANCE 24

But while attention was focused on the memorialisation of colonialism and the war, Macron’s visit was also about more present and pressing concerns. For example, France may well look to its historical ties with Algeria to draw on its considerable oil and gas reserves – especially in light of the European energy crisis.

France has other motivations for the recent drive for reconciliation. Algerians have historically constituted one of the country’s largest immigrant populations. As a result, a significant number of French citizens – and therefore the French electorate – have Algerian roots. When Macron commissioned the report and planned his state visit, he would have had one eye on the election in April 2022 (which he won). So his agenda of reconciliation was not necessarily all about coming to terms with France’s complex past, but at least partly motivated by present political concerns.

So, if the state-sponsored approach to remembering the past, imposed from above and seeking easy reconciliation, is insufficient, where do we turn for more nuanced understandings of the complexity of these dark, violent past events?

Literary representations of the war go further back than the relatively recent political debates. A number deal with the events of October 17 in diverse ways. The first prominent text to do so was Didier Daeninckx’s Meurtres pour mémoire (translated into English as Murder in Memoriam, a crime novel originally published in 1984.

The novel mainly deals with that other shameful period in French history, namely the collaboration with Nazi Germany during the second world war. However, the initial chapters of the text comprise a re-imagining of the demonstration and massacre that followed as experienced by a group of young Algerians living in Paris.

Opening the novel in this way, in a text that depicts the extent of French collaboration in the deportation of Jews to extermination camps, also draws attention to other silenced, shameful and more recent, events in French history.

Leïla Sebbar’s La Seine était rouge (The Seine Was Red), which was published in 1999, places the 1961 massacre at the centre of its narrative. In this short novella, not only is state silence evoked, but also inter-generational silence.

The teenage protagonist, frustrated that her Algerian mother and grandmother have never passed on their memories of October 17 to her, retraces the footsteps of the demonstrators in central Paris. This takes her to important Parisian landmarks which glorify moments in French history. To the side of one such landmark, a commemorative plaque remembering the resistance in the second world war, she spray-paints her own ad hoc commemoration to the Algerians who resisted colonial rule on that October night.

Prefiguring the Black Lives Matter movement, this act invites parallels with the defacement of statues in 2020 in France, the UK and elsewhere, of historical figures involved in the slave trade and colonial exploitation. The message we are left with in Sebbar’s novel is of the uneasy coexistence of memories of resistance and the difficulty of uncovering silenced histories.

Austrian director Michael Haneke’s 2005 thriller Hidden also deals with repressed memories of the massacre, and, like La Seine était rouge, suggests that recovering silenced histories is a necessary, though difficult and traumatic task. On being asked what his opaque mystery was about, Haneke replied: “The real question the film raises is, how do we treat our conscience and our guilt and reconcile ourselves to living with our actions?”

What all of these depictions of October 17 end up telling us is that the path to reconciliation is fraught with intricacy and complexity. A state-sponsored agenda that seeks to impose reconciliation will not change that.