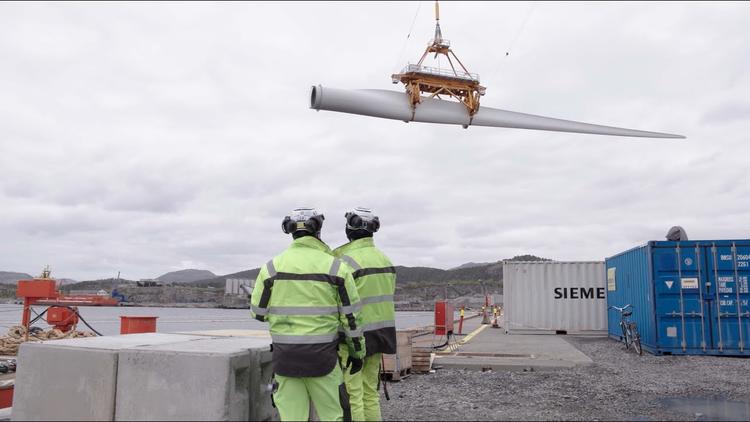 Ann Arbor (Informed Comment) – The Department of the Interior announced this week that on December 6, auctions will be held for offshore wind farms off the coast of California in the Pacific Ocean. There are two kinds of offshore wind turbines. If the coastal shelf is shallow, they can be anchored on the ocean floor. California’s coastal shelf drops off precipitously, however, so that it is only practical to set up floating wind turbines.

Scotland has plans to put in 15 gigawatts of wind farms with floating turbines. The electricity thus generated will cost 25 cents per kilowatt hour, which is about what Californians are paying for electricity anyway.

The Biden administration also has a goal of 15 gigawatts of floating offshore wind installations by 2035, which is five years more slowly than Scotland intends to move.

Interior Secretary Deb Haaland observed, “Today, we are taking another step toward unlocking the immense offshore wind energy potential off our nation’s west coast to help combat the effects of climate change while lowering costs for American families and creating good-paying union jobs.”

The Bureau of Ocean Energy Management (BOEM) will designate areas totaling 373,268 acres as available for leasing. This initial offering can generate nearly 5 gigawatts of electricity, enough to power 1.5 million homes. Building, installing and operating the floating wind farms are expected to generate thousands of jobs.

There are 13 million households in California, so these offshore wind farms will power 11% of the state’s homes.

BOEM has already issued 27 licenses for offshore wind farms off the Atlantic coast.

Amanda Lefton, director of BOEM, stressed federal-state cooperation in the plan for the offshore wind farms: “Today’s announcement represents years of close coordination and engagement with the state of California, Tribes, ocean users, local communities and all interested parties to move us closer towards achieving the administration’s vision to fight climate change and realizing California’s clean energy future, while creating a domestic supply chain and good-paying union jobs.”

California Governor Gavin Newsom has just signed off on $54 billion in investment in clean energy. The state hopes to get 90% of its electricity from low-carbon renewable sources by 2035, and wants 25 gigawatts of offshore wind power by 2045.

Newsom said of the Interior Department announcement of an auction for early December, “California could not have better partners in our march toward a clean energy future than the Biden-Harris Administration. Together, we’re fighting for energy independence and a future free of fossil fuels and full of clean energy sources like offshore wind,”

Only about 40% of California’s electricity comes from fossil fuels, primarily fossil gas. The new floating wind turbines will help retire some of that fossil gas power generation. California has over 50 remaining fossil gas plants. The floating wind farms can replace 4.5 gigs of gas-fired electricity, allowing the closure of five large gas plants or dozens of smaller ones.