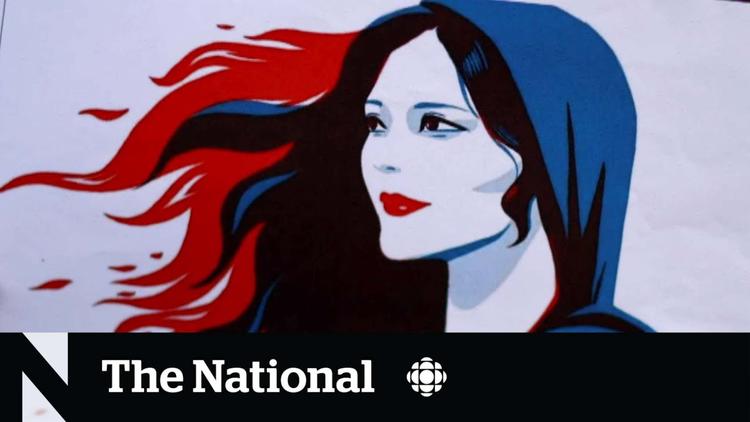 The death of Mahsa Amini, who was detained and beaten by Iranian morality police due to a violation of “Iran’s dress code or mandatory hijab rules” has caused unprecedented nationwide protests against the Islamic Republic of Iran. Her death is a blatant sign of Iran’s ongoing oppression and violence against women. But we should not be surprised. The code, rules and actions were caused by an authoritarian government and show how a regime’s longstanding atrocities and long-held restrictions against women can lead to collective grievances.

Women in Iran have been the victim of Iranian authorities’ repressive policies since the inception of the Islamic Republic in 1979. The exclusion of women, the enforcement of the hijab (veil) and the ultraconservative dress code have caused women’s resistance against the regime for decades.

The killing of Mahsa Amini has connected women across and outside of Iran to react to this atrocity based on their collective identity as women. Women can be transformed from being mere victims to being a forceful power that challenges the authoritarian system and mobilizes men and women from different segments of society for collective action. Women themselves bring social capital to the movement due to their vast and active presence in the protests and the unity among women in acknowledging the importance of the issue.

Indeed, the participation and leadership of women in nonviolent movements increase the likeliness of success. Though there are many forms of repression that need to be highlighted under any authoritarian system, a consistent focus on legitimate grievances of people, particularly women, can become a forceful power to challenge the regime.

Symbols play a significant role in making people relate to things that they are connected to socially and historically. Symbols have the power to evoke psychological triggers and create a sense of belonging. The cutting of hair by Iranian women has been a symbol to show the rage and anger of the female protesters against the “hijab rule.” This has also created a sense of connection among women from across the country.

Three causes of grievance — clerical control, economic tensions and repression — have persisted in Iran since the Islamic Republic was created 43 years ago. Ultimately, collective grievances can cause collective resistance. With nonviolent movements taking place outside of traditional political processes such as lobbying and legislation, these collective movements have the power to draw attention to issues and their underlying causes. In Iran, individuals and groups see a common cause for resistance – victimization by the regime. If the movement and protests remain nonviolent and maintain a consistent focus on people’s grievances and government atrocities, it will increase its odds of causing a breakdown of support among the regime’s supporters.

The men who are joining and standing side by side with women in these protests send a signal to others that this fight for freedom is a collective action that can lead to mass mobilization. A nonviolent movement that utilizes various methods has a better chance of success than violent resistance. The violent or nonviolent nature of collective action will often play an important role in determining the chances of success and sustainability of the movement.

Within a couple of days, there have been widespread nationwide protests in the south, east, north and west of Iran, including its remote towns. Keeping protests and campaigns close to the capital of the country and central provinces is a strategic move. However, the expansion of the protests into remote parts of the country can help mobilize marginalized communities who have rarely have a voice in politics. The representation of a range of issues, the growing number of people involved, and the decentralization of the protests can also help leverage more internal support for the movement — both financial and technical — and could contribute to its sustainability and effectiveness.

The diaspora or allies outside of the country can play a significant role in supporting nonviolent movements, particularly with communication and outreach. The global Iranian diaspora is providing their overwhelming support for the protests on international platforms and through the media. Highlighting the violent tactics of the authorities against nonviolent protesters can attract the world’s attention and leverage the support of external actors for the movement. The amplification of people’s voices and grievances on international platforms could be a successful strategy to pressure the authoritarian rulers for policy change inside the country.

With that said, external supporters are often complicated and interest-oriented, particularly when states from the outside get involved in such processes. In countries with longstanding complex and contentious interstate relationships, leaders of nonviolent movements should be extra cautious not to be influenced by outside forces. The political interests and international politics of regional countries may open up space for spoilers. This can lead to divisions in the movement and cause its failure, especially if outside sources are providing resources and money for their own interests.

The last key lesson to be drawn from the Iranian resistance is that people have power and are the only force that can challenge authoritarian and repressive systems. The desire for change should arise from within the country and people should be the leading force to demand change. Changes imposed by outside influences are almost impossible to root in society and will not be sustainable. Authoritarian systems can be challenged by investing in the people, by educating, informing, sensitizing and empowering them.

This story was produced by IPRA Peace Search

Nilofar Sakhi is a visiting research fellow at the Kroc Institute of International Peace Studies of Notre Dame University.