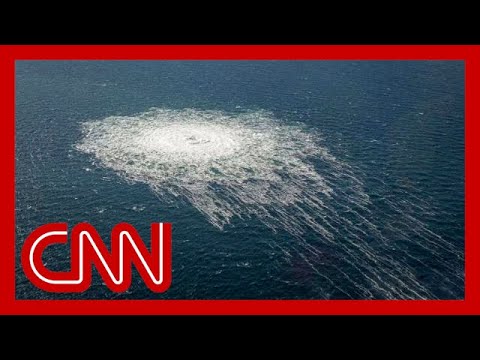 ( Clean Energy Wire ) – Leaking methane from the damaged Nord Stream 1 and 2 pipelines is likely to lead to “significant climate damage”, Germany’s Federal Environment Agency (UBA) has said. According to calculations by the agency, the leaks in the pipelines connecting Russia with Germany that were found earlier this week might lead to methane emissions with a climate damaging effect equivalent to 7.5 million tonnes of CO2.

This corresponds to one percent of Germany’s annual greenhouse gas emissions. The calculation was based on estimated information on the fill-level and volume of both pipelines. Given there are no sealing mechanisms, it’s likely the entire content of the pipelines will escape into the atmosphere, UBA said.

While the North Stream pipelines were not currently delivering gas to Germany, both pipelines were filled with natural gas under high pressure. Methane, a primary component of natural gas, has been flowing out into the Baltic Sea at least since the leaks were detected on 26 September. The greenhouse gas has close to 30 times the global-warming potential of carbon dioxide over a 100-year period, according to the IPCC.

The extent of the climate damage resulting from the leaks is hard to quantify, as factors such as the volume of gas in the pipelines and microbes absorbed in the water before reaching the surface affect calculations, news agency Reuters reported. Two of the leaks are located in the Danish exclusive economic zone, with a further two on the Swedish side, which means emissions will be attributed to the respective countries on their climate reporting, said UBA.

NGOs and think tanks have presented various estimates on the leaks’ effects on the climate, using different assumptions. Environmental organisation DUH presented a much higher estimate of 28.5 million tonnes of CO2 equivalents. “The leaks are a super-emitter event of unimaginable proportions. The remaining gas must be pumped out of all pipeline strings immediately,” said Sascha Müller-Kraenner, managing director at NGO Environmental Action Germany (DUH).

The cause of the leaks on the two offshore pipelines is being investigated by affected European countries but so far no definite answers have been found. Government representatives in Germany and other countries have said a targeted sabotage act with explosives against the heavily reinforced pipelines on the Baltic Sea’s floor are a likely explanation, but clear evidence about what happened and which actors could be responsible remain unknown. European politicians have warned the incidents at the pipelines could herald a new phase of hybrid warfare in Russia’s war against Ukraine to cause damage among Ukraine’s western European allies.