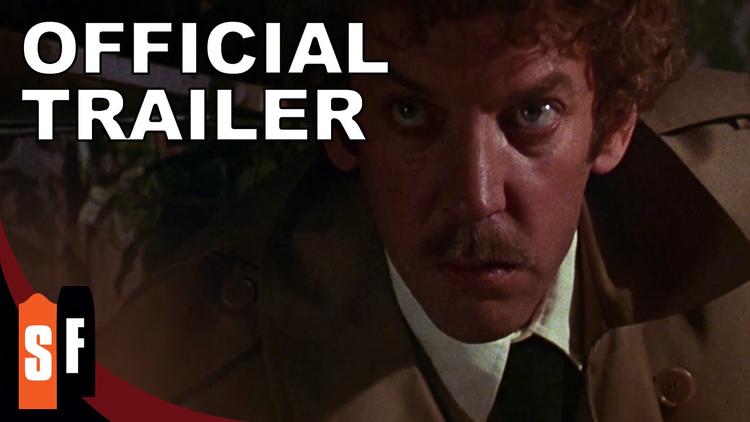 Chicago (Special to Informed Comment) – In the 1978 movie Invasion of the Body Snatchers, an alien fungal spore infection takes over the minds of susceptible people, growing into pods that duplicate their bodies and transforming them into pod people — mindless authoritarian monsters that want to control America. A remake of the 1956 movie that was an attack on the era’s McCarthyism and conformism, the 1978 version can be seen as a prescient cautionary tale about the “election-fraud” plague that infects the GOP. Overt election deniers replace pro-democracy, normal people at the local level and election fraud delusionist candidates run to replace normal state and federal officials — all supported by GOP enablers and voters.

The virulent fungal epidemic — election denialism — initially takes root in weak-minded people focused on sports, reality TV shows, and ever-fluctuating gas prices. With their minds captured, gullible GOP voters embrace the growing threats to democracy and freedom represented by the malignant spread of electoral fraud delusions and blatant authoritarianism. These transformed people will not listen to reason. Mesmerized by the Big Lie, they appear to be suffering from a mass sociogenic illness and have nominated candidates also suffering from the same mass hysteria.

In the movie, this symptom of epidemic madness corrupts a circumscribed group of people following exposure to a common precipitant, which is the fungal spores. In our world, the precipitant is the psychotic former president’s obsession that he won the 2020 election and that his victory was stolen from him. It makes no difference that this is an absurd non-reality; it doesn’t matter that the Liar does not believe it himself. What matters is his baseless, unceasing, performative certainty, which has become his mind-melded follower’s “reality” — an inexplicable quasi-religious fervor in some quarters and a vicious, militaristic mindset in others.

The two heroes of Invasion of the Body Snatchers are Department of Health civil servants who are harassed and attacked by the MAGA-like, authoritarian mutants. When one of these public health officials suspects that her husband has been converted into a robotic monstrosity, the other one asks, in horror, whether “he’d become a Republican?”

As the plague proliferates, sleep makes a person vulnerable to the fungal infiltration that replicates them into emotionless drones who become part of the fascist take-over. So too, the apathetic slumber of many Americans makes all of us susceptible to the authoritarian menace that threatens the United States’ democratic system.

The January 6 committee should have awakened Americans to the danger posed by the Big Lie Plague and the easy slide into fascism. However, based on a terrifying recent story in the New York Times whose headline screamed “Voters See Democracy in Peril, but Saving It Isn’t a Priority,” that may not be the case.

More than a third of independent voters and a smaller but noteworthy contingent of Democrats said, “they were open to supporting candidates who reject the legitimacy of the 2020 election, as they assigned greater urgency to their concerns about the economy than to fears about the fate of the country’s political system.” Many apparently do not agree that candidates who profess, over and over, a firm belief in unreality — 2020 election fraud — are so detached from reality that they have disqualified themselves from holding power.

Heeding the frenzied call of convicted criminal Steve Bannon and his “precinct strategy,” white nationalist MAGA mutants, whose feeble minds have been invaded by the Mar-a-Lago Lunatic’s delusions, are flooding into local party offices and demanding to be stationed on the front lines of the next election so they can prevent it from being “stolen.” In this way, autocratic transformation happens slowly and almost invisibly.

safeguarding the infrastructure of our democracy — have been vilified, harassed, bullied, intimidated, attacked, and driven out of office. One in three election officials fear job-related harassment and threats, according to a Brennan Center for Justice survey.

As in Invasion of the Body Snatchers, selfless law-abiding citizens have been replaced by flaky fascists, who are more loyal to MAGA than to the rule of law and who want to control election infrastructure. Non-partisan election professionals — those working to insure free and fair elections — find themselves in the crosshairs of manufactured election rage. They are getting supplanted by imposters working to nullify democracy.

These replaced pro-democracy election workers are also watching the rise of MAGA-mimicking, pod people candidates, in this year’s midterm elections, and wondering if anything can stop the collapse of our most essential institution. “This election,” said Chris Thomas, a retired election worker in Michigan, “feels like a last stand.”

“Poll-watchers and election observers play an important role in safeguarding the integrity of elections, so it’s important that those positions not be misused to intentionally disrupt or prevent registered voters from voting,” said Al Schmidt, a former Republican election commissioner in Philadelphia who had to move his family and obtain police security. “The mindset of these election denialist groups led to threats of violence and motivated people to physically disrupt the casting and counting of votes.”

Deranged ballot box thugs — sporting masks, wearing combat fatigues, and carrying weapons — have been “guarding ballot boxes” and intimidating voters in Arizona. A Republican state senator called on “vigilantes” to spy on people dropping off ballots, imploring them to use hidden cameras and to “follow voters” and get their license plates — all in an illegal effort to stamp out imaginary fraud through voter intimidation. From tacit support to outward endorsement, the GOP has fostered a movement of cos-playing, “voter fraud” vigilantes.

The leaders of this anti-democracy movement are radicalized, reality-challenged Republican candidates for the House, Senate and key statewide offices — 291 in all, who have denied the outcome of the last presidential election, according to a Washington Post analysis. Running in every region of the country and in nearly every state, these election-denying candidates, by definition, subvert democracy by delegitimizing elections. A female Trump, Arizona governor candidate Kari Lake, for example, will only accept election results if she wins. Voters have before them a clear choice: the preservation of democracy or the gutting of it.

We are moving towards a national calamity with “the country’s democratic foundations at risk,” according to Larry Jacobs, a politics professor at the University of Minnesota. Like the fungal spores in Invasion of the Body Snatchers, “It is a disease that is spreading through our political process, and its implications are very profound,” said Jacobs. “This is about the entire electoral system and what constitutes legitimate elections. All of that is now up in the air.”

Financially supporting candidates who are campaigning for anti-voting measures is the America First Secretary of State Coalition, sponsored by pro-Trump, hardcore election deniers including demented rich people like MyPillow founder Mike Lindell and former Overstock.com CEO Patrick Byrne. Among those joining the delusion coalition are Lake and Mark Finchem in Arizona, Kristina Karamo in Michigan and Doug Mastriano, Pennsylvania gubernatorial nominee. Jim Marchant, in Nevada, is the self-appointed leader of this contingent of crazed America First candidates — all of whom could win in these battleground states with their always-close elections.

“The idea of putting these people in charge of our elections is nuts,” said Ben Berwick, a counsel at Protect Democracy, a nonpartisan organization. Whatever happens to these Trump sycophants in November, they’ve demonstrated that a not-insignificant number of mind-snatched, Republican voters want them — the cream of the conspiracy crop — to lead their party.

A Qanon collaborator, Marchant says he believes that the Democratic Party stole the 2020 presidential election from Trump, whom he regards as the rightful and legitimate president. In Marchant’s telling, there is a “socialist,” “communist,” and “globalist” “cabal” that is responsible for rigging elections. The Republican demonizing of Democrats fuels conspiracy-addled fanatics like the right-wing terrorist that invaded Nancy Pelosi’s home and assaulted her 82-year-old husband with a hammer.

Despite Marchant and the rest of these unfit-for-office autocratic candidates, the most extreme Republican may be Mark Finchem who has identified as a member of the Oath Keepers, the far-right nationalist militia group that attacked the Capitol. As a state representative in the Arizona House, he sponsored a bill to empower the Republican-led Legislature to overturn election results. Like all of these conspiracy cranks, Finchem wants to ban early voting, eliminate mail-in voting and ballot drop boxes, and even dump machine ballot tabulation and move to hand counts, which are time-consuming, expensive and much less accurate.

These lunatics are one election away from becoming their states’ top election officials. Governors and secretaries of state can tinker with election procedures or propose absurd new requirements, such as having every voter re-register to vote, as Doug Mastriano has suggested. Should they win, these conspiracy-drunk partisans can’t be trusted to fairly administer the 2024 presidential election in their all-important swing states. The ultimate goal of these MAGA acolytes is to promote tyranny and make the Seditionist Madman president again.

At a rally with the Puppet Master hovering over him, candidate Marchant said, “President Trump and I lost an election in 2020 because of a rigged election, and when I’m secretary of state of Nevada, we’re going to fix it. And when my coalition of secretary of state candidates around the country get elected, we’re going to fix the whole country, and President Trump is going to be president again in 2024.”

Invasion of the Body Snatchers ends pessimistically — America is lost to the hive-mind authoritarians as even the health care public servants are swept along in the tide of madness provoked by the horrific fungal epidemic. In the real world where democracy is at maximum peril, that does not have to happen: these mind-hijacked, pod people candidates can and must be stopped.

Like most people, I want to believe our system of self-government is durable enough to withstand all of this but rational, right-minded people — Democrats, Republicans, Independents, Progressives — need to confront election-denying cynicism and eradicate the spreading infection.

It means paying attention to local elections — not just national ones — and supporting candidates who reject conspiracy theories and unfounded claims of fraud. It means getting involved in elections as canvassers or poll watchers or precinct officers. And of course, it means voting. The task of safeguarding democracy does not end with one election. Looking to pervert the electoral process, the fanatical Cult Leader and his automaton army are playing a long game. Only an equally strong and committed countervailing force will meet that challenge.

If worse comes to worse and some of these anti-democracy candidates win by rigging the election via voter intimidation and voter suppression, the Democratic-controlled Congress could play political hardball. Congress canrefuse to seat the Republican candidates-elect by applying the constitution’s

Maybe this would set off a constitutional crisis, but maybe not. “No court can second-guess a chamber’s judgment as to whether an election was free and fair or which candidate won a race,” said Harvard law professor Nicholas Stephanopoulos in the book. “This is exactly what the House and Senate have done many times before, especially in the decades after the Civil War.” If Republicans win as a result of discriminatory voting laws, Democrats — in order to preserve democracy — should take this provocative, norm-busting action.