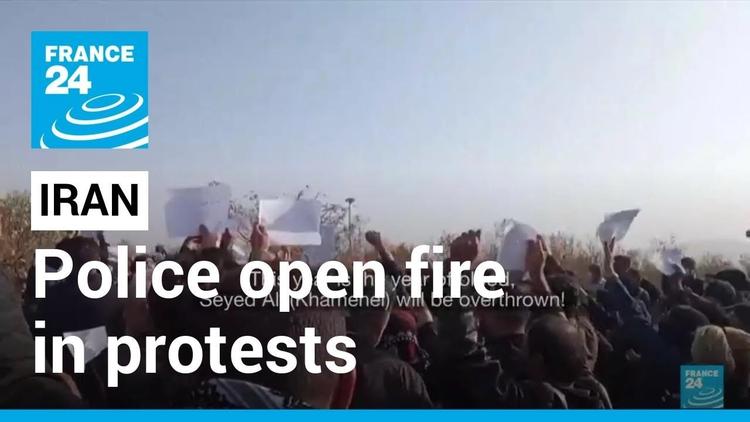 Ann Arbor (Informed Comment) – Wednesday was the fortieth day after the death of the Kurdish young woman, Mahsa “Zhina” Amini, 22, in the custody of Tehran’s morality police. It is customary in Iran for family and friends mourning a departed loved one to come together one last time on the 40th day, to visit the grave at the cemetery and to gather at the home of the surviving family members. The fortieth is called chehelom in Persian.

Since Iran is a majority-Shiite country, sensitivities about martyrs are also important. The greatest martyr was the grandson of the Prophet Muhammad, Husain b. Ali, who was killed by Umayyad armies in 680 AD. His death is commemorated by Shiites on the tenth day of the Islamic month of Ashura. Shiites mourn him by weeping, staging processions, and holding gatherings where the stories of his sufferings are retold. On the fortieth day after the anniversary of his death, they hold religious ceremonies in his honor.

Mahsa Amini is being treated as a martyr, and so her fortieth-day commemoration impelled even more Iranians to come out for protests in numerous cities than has been the case recently.

BBC Persian, which depends on stringers inside Iran, reports that many shops and factories appear to have gone on strike on Wednesday in sympathy with the protesters.

Ground zero for Wednesday’s protests was the town of Saqqez in Iranian Kurdistan, from which Ms. Amini had hailed.

Even the pro-government Iranian Students’ News Service, ISNA, admitted that some 10,000 demonstrators gathered at Ms. Amini’s grave outside Saqqez and then marched back in to town, where there were clashes with Iranian security forces.

BBC Persian stresses that security forces had blocked the main roads in Saqqez, and mourners had to use side streets or follow the bank of the river to get out to the cemetery. Once there, they chanted “Death to the Dictator!” and “Kurdistan, Kurdistan, the graveyard of fascists!” They also chanted in Kurdish.

That Ms. Amini was from the Kurdish minority, some ten percent of Iran’s 86 million population, made her a symbol of Kurdish subnationalism. The majority of Kurds are Sunni, whereas Iran has a Shiite government where Sunnis cannot be president. Kurds also speak an Indo-Iranian language that is distinct from Persian, so they have both religious and linguistic markers of identity that set them off from Persian Shiites. They clearly would like greater autonomy from Tehran, and no doubt some are Kurdish nationalists who want a Kurdish state. They receive help and support from the Iraqi Kurds, and some Iranian dissidents take refuge in Iraqi Kurdistan. For that reason, the Iranian government has fired missiles at Iraqi Kurdistan to warn against giving aid to Iranian Kurdish dissidents.

BBC Persian said demonstrators not only chanted against the government but also took off their headscarves and twirled them around. They attacked a rural police kiosk. Once the demonstrators returned to the city, the security forces deployed live fire against them, and then cut the town’s internet off to prevent them from coordinating.

In Tehran, video posted to the Telegram channel showed protesters marching in the usually conservative Grand Bazaar, with some shopkeepers shuttering their establishments in solidarity with them.

BBC Persian reports that some physicians of the capital’s Medical Association gathered in front of medical buildings to support the demonstrating young people. This gathering of doctors was attacked by government security forces, causing some of the capital’s high medical officials to resign in protest.

It is not easy to get protests going for 40 days around a big country like Iran, but the young people have done it this fall, and have attracted some support from workers, bazaar merchants, and now physicians.