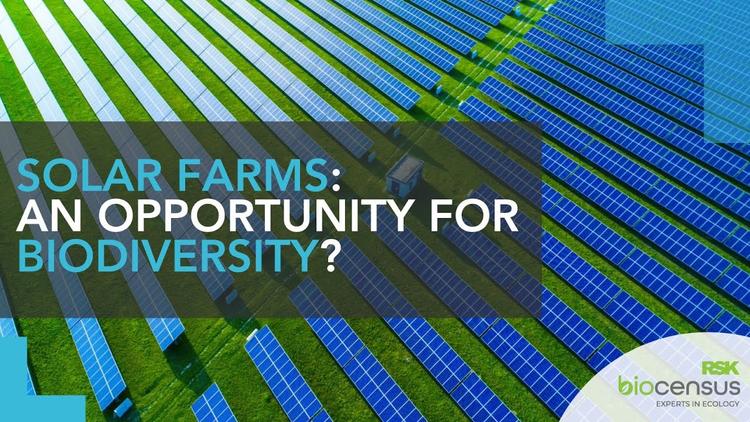 Liz Truss, the new UK prime minister, isn’t a fan of solar farms. In 2014, when she was environment secretary, she described rows of panels arranged in a field to capture energy from the sun as a “blight on the landscape”. Eight years later, as a candidate for the 2022 Conservative Party leadership election, she said they were a threat to UK food supplies. Now her government seems intent on banning new solar farms by redefining some of the most promising sites for building them as prime farmland.

Tackling the climate emergency demands urgent decarbonisation of electricity systems. And amid the ongoing war in Ukraine and volatile gas prices, there is further need for homegrown renewable energy. To meet its target of a clean electricity grid by 2035, the government expects to boost the deployment of solar power fivefold. This would only increase the land allocated to solar farms to 0.3%, roughly 0.5% of that used for agriculture.

Overhauling energy supply is certain to create conflict. But there is an opportunity to design energy plants that have multiple benefits. For instance, solar farms last for 25 to 40 years. These sites, where human disturbance is minimal, could offer shelter to embattled wildlife and regenerate the soil.

Though research is still in its infancy, the evidence so far suggests solar farms can address more than one of the crises bearing down on the world.

Britain has lost more of its biodiversity – the variety of life which exists from bacteria and viruses all the way up to large mammals, birds and fish – than almost anywhere else in western Europe. Massive habitat loss since the industrial revolution has afflicted many well-loved species, with hedgehogs and water voles among those whose populations are shrinking.

Butterflies and bees are thought to be worth around £400 million a year (US$443 million) to the UK economy as pollinators. Changes to how the land is used and the advent of intensive farming have swept away insect-rich wildflower meadows, which are at around 3% of their former extent. A full or partial switch from agricultural land to solar farms in some places would allow the land to recover.

In 2017, government adviser Natural England published a review of scientific evidence on the effect of solar farms on ecosystems, stating that not enough research had been done to definitively say whether solar farms benefit wildlife. This was especially true for birds and bats. But several studies have indicated that solar farms can increase the diversity of plant species growing at a site, and so encourage pollinating insects.

A 2016 paper found that solar farms tended to have more species of plant, insect and bird than equivalent farm fields. Earlier research from 2013 seemed to support this finding: when compared to the surrounding farmland, which the solar farm used to be a part of, greater numbers of butterflies and bees were found on the site.

More recently, a series of reports illustrated the benefits of solar farms for bumblebees, honeybees and pollinator populations more generally. Where solar farms are managed in a way that allows flowers to grow from April to early autumn, these insects have more places to forage and breed. It stands to reason that bigger insect populations would benefit species that feed on them, such as small mammals, bats and birds. Solar panels can provide some birds with a place to nest and perch while small mammals such as field voles can gain hiding places from birds of prey.

Solar panels also create their own microclimates by casting shade and changing the pattern of rainfall landing on the ground. Evidence from the UK indicates lower ground temperatures, light and moisture are found beneath panels compared with adjacent farm fields. While this could disadvantage some grassland species which prefer more direct sunlight, it presents an opportunity for their shade-tolerant counterparts.

The patterns of shading created by the panels offer a range of habitats for plants, with those in the shade often flowering later. Pollinators generally need flowers into October, so a range of flowering times helps to extend the time they can spend foraging. The potential to grow crops in the microclimates under panels, a system called agrivoltaics, is also being explored.

Biodiversity below ground and the soil may also benefit from solar farm installations. The switch from intensive agriculture to permanent grassland means less fertiliser, insecticide and herbicide, and less disturbance from ploughing. This could allow the health of the soil to improve, although more research is needed to confirm and quantify this effect.

At Keele University, we recently installed a low-carbon energy generation park which consists of 12,500 solar panels, two wind turbines and a large battery for storing excess electricity, all connected to the campus via a smart network that can control energy demand in different buildings, allowing the university to maximise the use of its own renewable energy and reduce the use of grid electricity when it has higher carbon emissions. During the site’s first year of operation, we began a study which will span several years researching the effect of the solar array on biodiversity and soil health.

Plants, pollinators, amphibians, badgers, birds, bats and small mammals are all being monitored, alongside various soil characteristics. While the construction will have disturbed the soil and wildlife, our monitoring shows that the area is recovering quickly. Large areas of the site have naturally established a grassland habitat, increasing the diversity of plant species compared with before when the site was a ploughed field. Foxes and predatory birds plus a wide variety of insects are among the visitors so far.

Clearly, there are multiple potential benefits from solar farms, a fact recognised by the industry itself. The climate crisis and the ecological crisis are inextricably linked and must be tackled together. Well-considered, designed and managed solar farms could offer this opportunity.