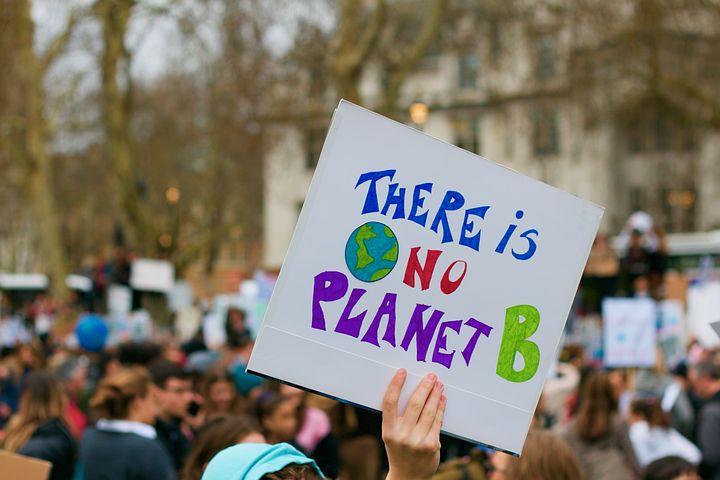 The environmental activist group Just Stop Oil has grasped public attention with a series of “art action” stunts targeting famous paintings and buildings with cans of soup and paint. They have climbed motorway gantries, blocking drivers on the M25. Their message has been loud, but has it been clear?

Critics, including Labour leader Keir Starmer, have denounced their actions: “I think it’s arrogant [of them] to think they’re the only people that have got the answer to this.” The uproar over Just Stop Oil shows that, regardless of any widespread agreement on the dangers of climate change, there is a disconnect between activists and politicians about how to address it. Our new research shows that this appears even in the way these groups talk about environmental action.

Climate scientists and activists have been campaigning for years about the stark situation facing humanity. They may think their message is clear, but it has yet to galvanise politicians into taking meaningful action to prevent climate catastrophe.

My colleagues and I decided that we needed to look more closely at the way activist groups and politicians talk about the climate emergency. In a recently published article, we investigated what we called the “divergent discourses” of these two groups. We created two corpora – bodies, or collections of words. One curated politicians’ talk about the climate from the House of Commons from 2013-20. The other captured activists’ language in YouTube videos from 2019-20. This made sure that the corpora were around 30,000 words each.

As part of our analysis we used software to compile lists of keywords. These are words that occur in a corpus more often than they appear in general use. We compared our corpora to the English Web 2018 corpus, a collection of 36 billion words representative of all the text on the internet.

We then grouped the resulting keywords thematically. When we did this with the single keywords, we found that the activists’ talk was focused on ecological and social justice, using words like rights (as in human rights) and indigenous. Their communications often focused on human culpability when it comes to climate change, with keywords like holocene (the geological era corresponding with the rise of human civilisation) and rewilding (an environmental movement about stopping human intervention in nature).

Politicians’ talk focused more on topics like industry, finance, politics and economy, with keywords like decarbonise, underinvestment and constituent. Notably absent were words that referenced the human role in climate change.

The analysis with multiple keyword phrases was particularly interesting. In the activists’ talk, we found that phrases appearing disproportionately frequently fell into categories of:

The politicians placed a much greater emphasis on finance, economy and the energy industry:

Alongside the focus on energy, fuel and money, people and nature hardly featured at all in the politicians’ speeches. People are, in fact, only present in the top 25 keywords in the role of “bill payer”.

The phrase “climate change” itself was something we then looked at more closely in a concordance analysis, where we looked at how each instance of the phrase is used in context. While both politicians and activists used the phrase negatively – it’s something bad that we need to tackle – there were differences.

Human responsibility was writ large in the activist corpus, for example, and frequent present-tense constructions communicated urgency. Politicians used more passive constructions, which distance them from the problem. Their corpus also contained more frequent use of future constructions, pushing any required solutions further down the road.

Just Stop Oil and other activists are desperate to make clear that climate change is an issue caused by and impacting humans’ way of life. Meanwhile, our findings suggest that politicians – at least in parliament where they can ostensibly make important policy decisions – are focused more on the economic and industry side of the environment, not the human cost. Both groups have work to do to improve communication and align their message if we have any hope of tackling the urgent task ahead of us.