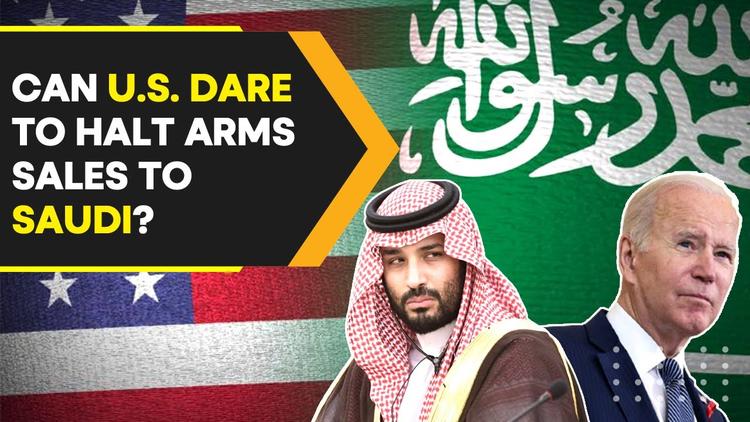 Ann Arbor (Informed Comment) – Stephanie Kirchgaessner at the Guardian reports that the Biden administration has made a filing with the U.S. court that was considering a civil suit against Mohammed Bin Salman, the crown prince of Saudi Arabia, by the widow of slain Washington Post journalist Jamal Khashoggi, seeking damages for his involvement in the murder of Khoshoggi in 2018. The administration is telling the judge that it has no purview over Bin Salman, since he was recently appointed prime minister, and is therefore the head of state. It is a longstanding principle that heads of state cannot be sued civilly in U.S. courts.

That the prime minister is the head of state is a principle deriving from parliamentary democracies, where the position is voted on by the legislature. Since Saudi Arabia is an absolute monarchy, the king has usually been the prime minister since the post was created in 1953, but sometimes has appointed someone else to the role. When the position is not filled by the king, it is not really what you would ordinarily call the head of state. The king is the head of state in reality. Sometimes the Saudis have even abolished the post of prime minister, since it is so redundant. It has been more prominent since the 1990s because the kings have all been very old and have preferred to appoint someone else as prime minister. Bin Salman had all the authority he could want inside the kingdom as crown prince, and was only made prime minister on September 27 of this year precisely in order to gain him sovereign immunity in the courts of the world.

Otherwise, Bin Salman could suffer the same fate as Chilean dictator Augusto Pinochet, who was arrested in London and ordered extradited from Britain to Spain in 1999 on charges of torture and making large numbers of people disappear. The arrest came just after Pinochet had left the presidency. He was in the end allowed to escape prosecution because of ill health. But given this history, Bin Salman had better be careful to remain prime minister for the rest of his life if he intends to do any traveling.

The civil lawsuit had been filed by Hatice Cengiz, Khashoggi’s fiancee. When he had fled to the U.S. from Bin Salman’s growing authoritarianism, Khashoggi was unable to get his wife out, and maybe she didn’t also want to leave her homeland, and so they were to be divorced so he could marry Ms. Cengiz. Khashoggi was trying to get the divorce papers from the Saudi consulate in Istanbul, while Ms. Cengiz waited for him outside, when he was grabbed, strangled to death, and then dismembered with a bone saw by a hit team that had come out from Riyadh, and which included persons on Bin Salman’s personal security detail. You could understand Ms. Cengiz’s anguish.

The lawsuit was supported by DAWN (Democracy for the Arab World Now), a human rights organization that Khashoggi had founded. I should note that I am a non-resident fellow at DAWN, so not a completely objective observer on this issue. On the other hand, they made me a non-resident fellow because I am Middle East expert who cares about human rights.

President Joe Biden had campaigned on making Saudi Arabia a pariah, but that was when he thought the U.S. and its allies no longer needed Saudi oil. All that changed in February, when another major oil state, the Russian Federation, invaded Ukraine. The Biden administration sanctioned Russian oil sales and has driven the country into a recession this fall. But the only way to accomplish this damage to Russian oil income was to offset Russia with the exports of other oil states, among whom Saudi Arabia is the biggest producer and the political leader.

So, not a pariah after all. Biden went Saudi Arabia in July and did a fist-bump with Bin Salman, underlining his new need for Saudi support. He continues to offer Saudi Arabia billions in sophisticated arms sales.

Aside from providing corporate welfare for the US arms industry, the Saudis have not in fact offered any support, at least not on the oil issue, and in fact they agreed to a cut in OPEC quotas this fall, which caused the price of gasoline to rise and could have contributed to Biden’s loss of the House of Representatives. Some observers even believed this outcome was desired by Saudi Arabia.

The administration’s decision to run interference for the crown prince in U.S. courts is based on a great deal of legal precedent, but it is probably also political, and is a way of signalling to Riyadh that better U.S. relations with the kingdom are there to be had.

Turkey, by the way, had initially put Bin Salman on trial in absentia for Khashoggi’s murder, at a time when Turkish-Saudi relations were full of tension. When, however, the two countries made up, and when the Saudis put a lot of money into the Turkish economy, President Tayyip Erdogan sent the court case from Turkey over to Saudi Arabia last spring, where it was buried.

Erdogan did not show more principle on this issue than Biden, but at least he seems to have gotten some billions of dollars for it. The U.S. in contrast appears to have been played for a fool by the wily crown prince.