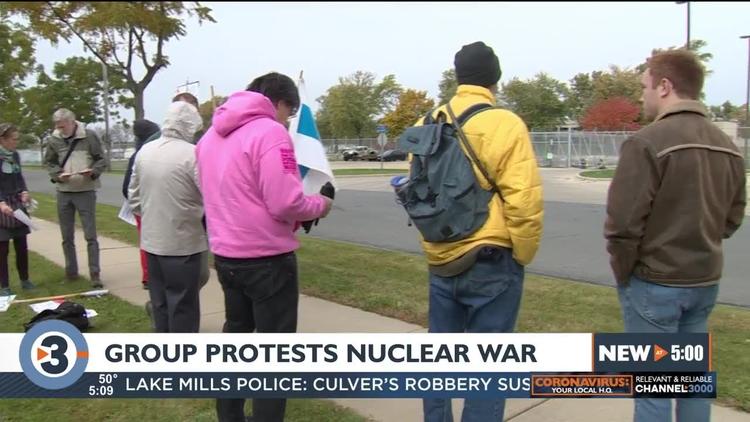 Greenfield, Mass. (Special to Informed Comment) – The first Armistice Day November 11, 1919 was a celebration of the moment – the 11th hour of the 11th day of the 11th month, 1918 – that the brutality of that first industrial war, World War I, which robbed 40 million soldiers and civilians of life, ended; and peace began. In 1926 the US Congress declared an Armistice Day resolution calling for “exercises designed to perpetuate peace through good will and mutual understanding…inviting the people of the United States to observe the day in schools and churches with appropriate ceremonies of friendly relations with all other peoples.”

All public ideals of peace with all other peoples were discarded on June 1, 1954, when the US government renamed Armistice Day as Veterans Day. This erasure of Armistice Day tragically matched our country’s history of militarism after World War II: first bombing North Korea nearly out of existence and metastasizing into a pathological military-industrial-government complex that claims the lion’s share of our discretionary federal taxes.

But many thousands of soldiers and veterans of major US wars of the 20th and 21st centuries have turned against war and revived the intent of Armistice Day: “friendly relations with all other peoples.”

World War 1: War Is a Racket

War profiteering in World War I was mammoth; and no one nailed the profiteers and racketeers so head-on as the straight-talking, bemedaled Brigadier General Smedley D. Butler. As Butler saw it, war is first and foremost about making the world safe for war profits, being the oldest, most profitable racket in which billions of dollars are made for millions of lives destroyed. Of the estimated $52 billion cost of World War I, industry war profiteers pocketed nearly one-third. More than 21,000 new American millionaires and billionaires emerged from the human ashes of the war, while the federal government was mired in post-war debt – a debt paid for by working people’s taxes.

The probing journey made in 1966 by World War II veteran Howard Zinn to the French Atlantic coast town of Royan – a town he had helped to destroy as a bombardier in a 1945 Allied air-ground assault – sheds piercing light into military culture and the inevitable inhumanity of war.

His April 1945 bombing mission took place three weeks before the end of the war in Europe. Jellied gasoline, known as napalm, was previously used by the US Eighth Air Force on Royan, serving as a trial test of the Air Force’s new skin-burning incendiary weapon.

Zinn collates the venal motives – both French and American – behind the assault on the small town: blinding military ambition and pride in compiling victories, the quest for honor and glory even in militarily useless battles, the irresistible urge to try out new weapons and a habit of obedience to duty. All generate … the one-way momentum of war beyond the bounds of just war principles and international conventions – even for the “good guys.”

Not until the Vietnam War, did soldiers resist and revolt massively against the war and sustain their defiance throughout the war, despite the transfer, discharge and jailing of protest leaders.

While still a teenager, Claude Anshin Thomas killed hundreds of Vietnamese as a door gunner on an assault helicopter, for which he received numerous medals and the Purple Heart. “My involvement in this war … scarred my body … my heart … my soul…. But as I pieced together the shrapnel of my life … I discovered that there is no justified killing…and no rectitude in war.” After years of homelessness and profound isolation, drugs, alcohol and exploiting women for sex, he studied Buddhism and was ordained a monk in the Soto Zen tradition. As a mendicant, he made pilgrimages in war-torn regions of the world, including Vietnam where he met with Vietnamese war veterans suffering the same cumulative sorrow of war, to promote peace and nonviolence.

Vietnam: I am the generation of witness and fire

…I was a hospital corpsman during the Vietnam War

and, though far from combat,

me and my generation…

I hold the memory of two million

Killed during the War of Liberation.

…I burn with the shame

Our shame should burn as bright

as the phosphorous bombs

that we dropped in Vietnam

I burn with rage!

…How will our actions of

Thousands of US soldiers turned against the war and declared themselves COs, went AWOL, refused to re-deploy, risked prison, spoke out and returned their war on terrorism medals in a public act of conscience. Their voices have a uniquely moral tenor.

As a member of Bravo Company 2-16, Ethan McCord rescued two injured children from a van in Baghdad, riddled with bullets by American helicopter gunners. The video of this massacre, Collateral Damage, was leaked to Wikileaks by then-Private Bradley Manning. Later, McCord and fellow soldier Josh Stieber published “An Open Letter of Reconciliation and Responsibility to the Iraqi People.” Their letter concluded:

With such pain, friendship might be too much to ask. Please accept our apology, our sorrow, our care, and our dedication to change from the inside out. We are doing what we can to speak out against the wars and military policies responsible for what happened to you and your loved ones.

Both have since worked in reparation and reconciliation efforts with Iraqi Health Now, which provides direct medical and health aid to people in Iraq.

What could have happened if the atrocity of September 11, 2001 had been treated as a crime with a coordinated international intelligence investigation and not as the case for war in Afghanistan? 9/11 was a crime committed by non-Afghan individuals.

Nao Rozi left the US Army rather than kill other soldiers, strangers whom he was supposed to hate.

“I held a weapon before people I didn’t know and who didn’t know me. … We weren’t enemies because we didn’t even know one another. … There were so many dead young bodies, and all of them were strangers to me. I thought, why did we do this to one another? …Weren’t their mothers waiting for them at home?… Those US veterans who committed suicide had a conscience.”

Undoubtedly, the voices of Russian and Ukrainian soldiers and vets turned war resisters will emerge in protest against that war.

War cannot be humanized, it can onlybe abolished. Albert Einstein

Pat Hynes is a board member of the Traprock Center for Peace and Justice in western Massachusetts, a former Professor of Environmental Health at Boston University School of Public Health and author of recently published Hope, But Demand Justice, Haley Publishing.