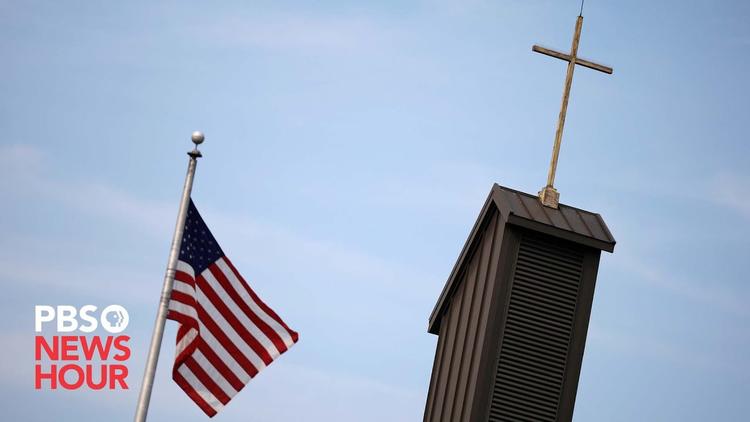 Toronto (Special to Informed Comment) – The November edition of First Things, a magazine of the Christian Right, features a lengthy statement from a group of theologians called Evangelicals and Catholics Together. The church friend who spontaneously sent me a link indicated that the statement is about Christian citizenship and that he is proud to be one of the signatories. Its title is “Fear God, Honor the Emperor”. The reference is to 1 Peter 2, which advised early Christians on how to relate to hostile Roman authorities. While the recommendations of St. Peter, first bishop of Rome, appear sensible and practical enough – show your contribution to society through good works and be respectful – the vanguard of the American Christian Right thinks a more radical strategy is needed.

Concerns for American democracy are absent from “Fear God, Honor the Emperor,” even though recent research indicates that only 9% of Americans believes it is functioning well. A simple word search of the roughly 4,800-word document results in no matches for “democracy”. By contrast, the word “authority” (of God, the moral law, and civil government) appears 46 times. Freedom, ten times and almost exclusively in the sense of religious freedom or excessive freedom that should be restrained. The emphasis throughout is on obedience to a government that imposes a moral order with a heavy hand and on age-old spiritual authorities recommending that governments should favor religious virtue. This represents a political model the Western world left a long time ago, following the American lead expressed in the Constitution. By contrast, authoritarian leaders in Hungary, Turkey, Iran, Russia, and other places still like it and use religion as their prime support structure. One wonders who the emperor might be who the statement wants to have honored. Emperor-wannabe Vladimir Putin comes to mind.

Although most of the ideas in “Fear God, Honor the Emperor” go back decades, it is also a document that further demonstrates the American Christian Right’s decisive shift towards authoritarian and anti-democratic ways of thinking. Still, only by engaging these Christian ideas it is possible to understand why political Christians have aligned themselves with the most unsavory and deceitful elements on the American the political scene, including the intellectual heirs of segregation and the cultivators of lies and conspiracies over scientific method, to the point that they would even throw in with a decidedly un-Christian figure such as Donald Trump.

First Things is the magazine to which the intellectually inclined segment of the Christian Right would ‘turn for their marching orders’, as one earlier commentator put it. It briefly became notorious under its founding editor, the late Richard John Neuhaus, because of a special issue of 26 years ago titled “The End of Democracy”. Its editors then wrote, “Perhaps the United States, for so long the primary bearer of the democratic idea, has itself betrayed that idea and become something else. If so, the chief evidence of that betrayal is the judicial usurpation of politics.” The same 1996 issued of First Things carried an essay by former Watergate felon and born-again evangelical Charles W. Colson that appeared to call for violent Christian revolution against the secular American state.

The specific incident that incensed Neuhaus and his collaborators back then has been long forgotten, but judicial usurpation of politics is still very much with us. In fact, by the time the special issue came out, the Catholic-conservative takeover of the U.S. courts was already being planned, as observers of the movement such as Damon Linker and Katherine Stewart have shown. And not only the courts, also local churches and whole denominations have been victims of hostile takeover in an effort to crush the social justice wing of American Christianity and recruit foot-soldiers for conservative efforts.

The appropriately titled Steeplejacking by John Dorhauer movingly describes the process whereby the Right infiltrated churches, and the damage it did. And these practices are still ongoing, as this past summer, right-wingers in the Christian Reformed Church of North America succeeded in forcing a polarizing vote on elevating opposition to same-sex marriage to a confession, that is, a declaration of faith. Some faculty at the Church’s Calvin College have reportedly responded by looking for jobs elsewhere.

The Evangelical-Catholic manifesto in First Things contains several offhand remarks suggesting that democracy should be exchanged for a better system — presumably a theocratic system with a total abortion ban, and that loyalty to the American government is conditional on a narrow set of pre-defined moral values. Consider these quotes: “Moreover, the Church has functioned in a remarkable variety of regimes. There is no Christian system of government.” “A society that fails to deter murder [read: abortion], theft, and other crimes does not deserve our loyalty.” “Although prudence requires us to adapt to circumstances, Christian political witness can be pursued under any type of government, righteous or unrighteous.”

On the contrary, most contemporary Christians feel that the gospel upholds freedom and human dignity and that democracy serves those values best.

This new statement is a dangerous document, because the alliance advocated by Evangelicals and Catholics Together is really the linchpin holding the American Christian Right together. In its present political context, Evangelicals and Catholics Together continues to cement and fuel the accord between the Christian Nationalist Right and the Republican Party. These Christian leaders selectively reinterpret and narrow Christianity in a misguided and self-destructive attempt to defend it from a perceived “liberal” cultural onslaught. Probably most of them are not aware that it is exactly an extreme form of laissez-faire, nineteenth-century British-style Liberalism that motivates neoliberal attackers of American democracy. Nancy MacLean, a professor of history at Duke University, has described this process very well in Democracy in Chains, including the origins of today’s Right in the organized racism known as segregation.

Whatever the merits of First Things and Evangelicals and Catholics Together in overcoming prejudice between the two branches of Christianity in the 1990s, they have now become partisan hacks in cahoots with the libertarian Right that funds their institutions. In effect, these Christians have worked to seduce American Christianity into worshiping a golden calf, be it authoritarianism or Donald Trump. The Christian leaders involved in this movement would do much better to cultivate connections to their brothers and sisters in other parts of the world. For example, continental Europe has developed electoral systems that accommodate traditional religious views and allow them contribute to a democratic system.

In other words, it is self-defeating for conservative Christians to subvert the American political system just because they feel threatened by other people’s political liberalism. The state is not requiring them to get abortions or accept LGBTQ people into their congregations, and if they cannot democratically persuade the majority of Americans of their values, they will simply have to tolerate diversity. Further, white evangelicalism is in steep decline. The U.S. will likely not even be a majority-Christian society for much longer, and an authoritarian system that imposes a state religion whether people want it or not would replicate the British Anglican-monarchy alliance of the 18th century, which the Founders wrote the U.S. Constitution to avoid.

Matthijs Kronemeijer is a Christian theologian whose interests include politics, interfaith relations and biblical philosophy. Matthijs is currently pursuing an academic track on the theme of mercy and interfaith relations. Between 2014 and 2020 he and his family lived in Lansing, Michigan, where he worked as a professional tutor for Lansing Community College and developed his skills as an observer of American politics. In his home country, the Netherlands, he worked for the Roman Catholic Military Chaplaincy in various staff roles. Matthijs has academic degrees at the MA level in Catholic theology, Arabic, Jewish studies and political science, and speaks or reads an embarrassing variety of languages. His participation in the Humanity in Action program (Amsterdam 2000) was a life-changing experience that he has tried his best to put to good use.