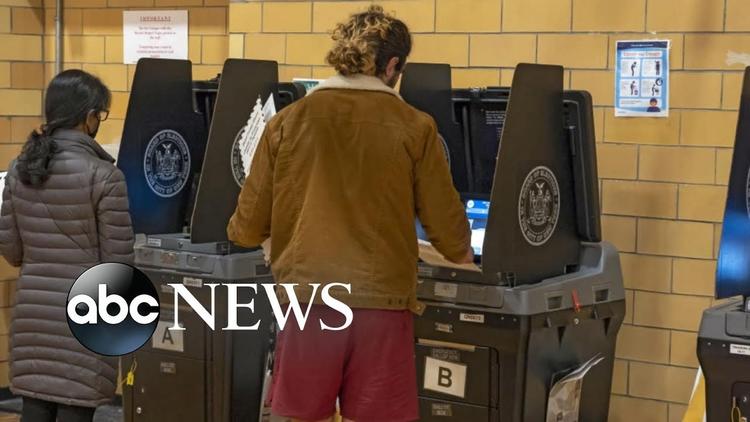 Ann Arbor (Informed Comment) – One of the issues that drove America’s youth to vote in unusual numbers in the midterm elections, and to tilt heavily Democratic, is the climate emergency. It was up there with reproductive rights and gun safety as a key issue. A recent Harvard youth poll found that among these young people, “Democrats are moved by abortion (20%), protecting democracy (20%), inflation (19%), and climate change (16%). More than 7-in-10 young Americans (72%) believe that the rights of others are under attack, and 59% believe that their own rights are under attack.”

Their feelings on the issues proved crucial, since many observers credit Gen Z with halting any red wave and with helping Biden emerge as the most successful president in the midterms in over 20 years.

Further, 63% of youth voted for Democrats, whereas only 35% voted Republican. Further, in one poll, 75% of youth said they are more likely to support a candidate for Congress who is “addressing climate change.”

Where the climate implications of Biden’s Inflation Reduction Act, which promotes green energy and green transportation, were explained to them 69% of younger voters said they would be more likely to vote for a congressman who voted for the IRA. They know of Biden’s green energy commitments, but they apparently do not think they go far enough. The youth seem to like Biden’s policies and those of the Democratic Party even though they don’t particularly care for Biden himself (or only 44% do).

The catastrophe of the human-caused climate emergency is going to fall more heavily on Gen Z or the “Zoomers”– people born between 1997 and 2012. Even if we can get to zero carbon emissions by 2050, some changes are already in train that likely cannot be ameliorated for a very long time. These young people’s lives will be harder and more challenging than those of their predecessors.

And they know it. According to a recent Blue Shield poll, some 75% of youth in America report that they have had panic attacks, depression, anxiety, stress and/or feelings of being overwhelmed when considering the issue of climate change. Globally, many of these young people are even afraid to bring children into the world that is being produced by our high-carbon styles of life.

It will be hot in 2050, and some very large glaciers may melt under those conditions, causing the sea level to rise even more than the projected 4-5 feet. We are already seeing mega-droughts, heat waves, wildfires and massive flooding, so imagine how chaotic the climate will be in 30 years if we go on putting billions of tons of CO2 into the atmosphere annually for the next two decades.

The good news is that temperatures would immediately stop rising if we went to zero carbon dioxide emissions by 2050, according to climate models, and then over time the oceans would absorb most of the extra CO2 we have spewed into the atmosphere in the past century and a half. If we do this right, the earth will be on the road to less severe climate impacts a century from now. But as John Maynard Keynes pointed out, “in the long run” we are all dead. A century from now is too far off to do the Zoomers much good.

Still, this is an area of life where early action will produce better outcomes sooner than later action. So, Gen Z is impatient to cut down on carbon dioxide emissions.

The Blue Shield poll found that 45% of US youth say that they have tried to reduce electricity use. Most electricity in the US is still produced by burning coal or fossil gas, with only 25% of our electricity being generated by sustainable sources. Hence, the less electricity used, the fewer greenhouse gases are generated.

They know, however, that such individual actions are not enough and that government must act. Fully 81% of youth in the Blue Shield poll said that global leaders are not doing enough to combat climate change.

Imagine how furious they are when they hear Republican politicians deny that humans burning fossil fuels is radically altering our climate! Moreover, they know exactly how to express their displeasure. They helped turn a lot of the rascals out of office.