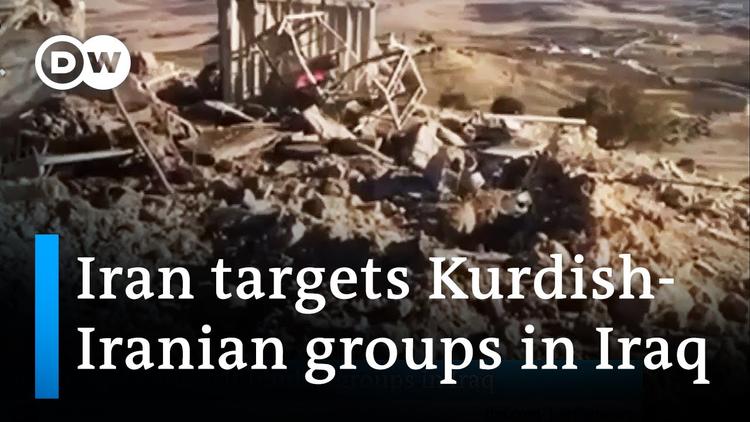 Ann Arbor (Informed Comment) – The protests roiling Iran this fall have had an epicenter in Iranian Kurdistan in the west of the country. The death in the custody of the Shiite morality police of Tehran of a Kurdish young woman, Mahsa “Zhina” Amini, rallied Kurdish-Iranian subnationalism. Cities like Mahabad, Saqqez, and Sanandaj have seen persistent demonstrations, not only against mandatory veiling of women but against the harsh rule of Shiite ayatollahs over a largely Sunni population. Kurds comprise about 10% of Iranians.

There is, however, another Kurdistan, the one in neighboring Iraq, where Kurdish-Iranian nationalists have taken refuge. As a result, Iran has lobbed several rockets at these dissidents-in-exile, violating Iraqi sovereignty in the process and stirring up patriotism in Iraq’s Kurdistan Regional Government.

All of this has been a headache for the new Iraqi prime minister, Mohammad al-Sudani, who is beholden to the Iraqi Shiite militia-parties that are close to Tehran.

Al Jazeera Arabic reports that al-Sudani has been invited (summoned?) to Tehran by President Ibrahim Raisi.

The invitation comes amid reports that the Iranian Revolutionary Guards are establishing border patrols at the Iran-Iraq border to stop Kurds from moving back and forth.

At the same time, al-Sudani, a Shiite Arab, is sending Iraqi troops to the border with Iran.

The moves come a week after Ibrahim Qaani, the head of the special operations Jerusalem Force of the Iranian Revolutionary Guards Corps, visited Baghdad for consultations with al-Sudani, other politicians, and the heads of the Iraqi Shiite militias or Popular Mobilization Forces that are backed by Iran.

Iranian officials accuse expatriate Kurdish-Iranian organizations based in Iraqi Kurdistan of fomenting the unrest in Iranian Kurdish cities this fall.

Adil al-Nuwwab at al-`Arabi al-Jadid reports that Qaani was attempting to convince the Baghdad government to send the Iraqi army into the Kurdistan Regional Government territory to root out the Kurdish-Iranian groups operating from there. Qaani allegedly charged that arms were being smuggled into Iranian Kurdistan from the Iraqi side.

Any such move on al-Sudani’s part would provoke an immense struggle within Iraq, since the KRG has vowed that troops of the central government must never set foot in Iraqi Kurdistan.

A compromise has been reached between al-Sudani and Nechirvan Barzani, the president of the Kurdistan Regional Government, whereby Iraqi government troops will patrol the Iran-Iraq borders jointly with the Peshmerga, the paramilitary forces of Iraqi Kurdistan. Apparently this joint operation is being undertaken out of fear of an Iranian military incursion into northern Iraq unless Tehran is reassured that Iraqi soil is not being used for activities inimical to its interests.

A member of the Iraqi parliament complained to al-Nuwwab that Iraq is a country without sovereignty and is being pushed around by regional and international powers.