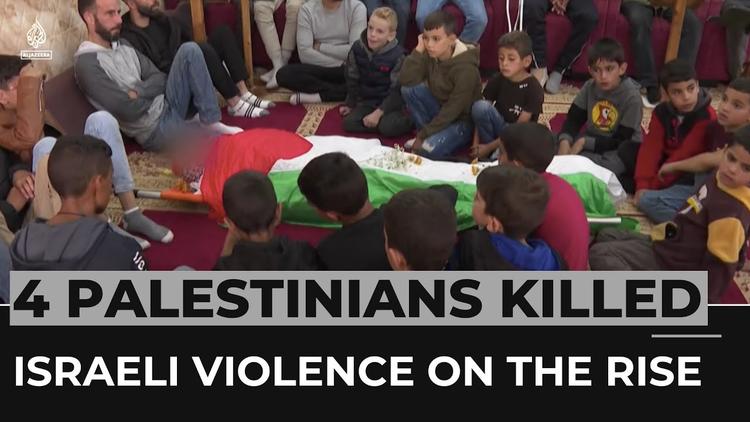 With what looks like a resounding election victory, Benjamin Netanyahu seems certain to return as prime minister of Israel, a post he has already held for twelve years. This time, though, his cabinet will not include left or centrist parties; it will be filled with far right religious fanatics.

Netanyahu’s comfortable majority – 65 seats out of 120 – has ended the political crisis in Israel which saw five general elections in less than four years. However, it will create new crises for the occupation state.

The likely governing coalition will be made up of Netanyahu’s Likud, ultra-Orthodox parties Shas and United Torah Judaism, and the far-right Religious Zionism party led by Bezalel Smotrich, which includes extremist Itamar Ben-Gvir’s Otzma Yehudit faction. It will be the most extreme far-right Israeli government in history.

All of these parties, including Likud, have challenged democratic principles and inflicted suffering on the Palestinians and the people of Israel’s neighbours. Ben-Gvir once described the Arabs in Israel as “disloyal” citizens and called for their deportation. He is likely to be a minister.

Israel ballot: round five in Netanyahu’s fight for survival

Ben-Gvir began his political career as a member of Kach, the party founded by the late extremist Rabbi Meir Kahane and banned under US anti-terrorism laws in 1994. He is now the leader of Otzma Yehudit — “Jewish Power” — which consists mainly of Kahanists like himself.

“If an Arab lives here and recognises the state of Israel, Ahlan wa Sahlan [‘Welcome’ in Arabic], no problem with them,” he told the Washington Post recently. “But anyone who wants to destroy, to throw stones, to throw Molotov cocktails — we are at war with them.”

The state of Israel envisaged by Ben-Gvir is a state for Jews only; anyone else is a second class citizen who exist only to serve Jews. He does not compromise on this belief upon which his political career has thrived. During his election campaign, he raised his gun in Sheikh Jarrah and called for any Palestinian throwing a stone against the Israeli occupation forces to be killed. Yes, the very same forces who kill Palestinians and expel them from their homes on a daily basis.

Smotrich is a settlement czar who has been seeking to annex all of the occupied Palestinian West Bank. He is part of an Israeli NGO which is keen on banning Palestinians from living in Israel and blocking them from building homes and schools, and even planting trees in the occupied West Bank.

Netanyahu might have toured the Arab-majority areas in Israel and pledged to help Arab Israeli citizens if he becomes prime minister again, but he still acknowledged on Monday that he ignored the Oslo Accords signed with the Palestinian Liberation Organisation in 1993. The Palestinians recognised Israel as part of the agreement, but to this day he refuses to recognise even a single legitimate Palestinian right.

So a pair of far-right extremists, Ben-Gvir and Smotrich, are the kingmakers for Netanyahu’s coalition. They do not need to do much to persuade Netanyahu about their extremist agendas because the former prime minister himself enabled their provocative acts in occupied Jerusalem. These included the confiscation of Palestinian homes and facilities in Sheikh Jarrah and other neighbourhoods of the occupied city. He allowed the Damascus Gate into the Old City to be fenced off, and permitted Israeli police special operations inside Al-Aqsa Mosque. It is Netanyahu who has waged several bloody wars against the Palestinians in the Gaza Strip and maintained the crippling siege on the territory.

Moreover, Ben-Gvir and Smotrich will not simply be Netanyahu’s political sidekicks, but also his supporters in his efforts to get out of the fraud and corruption charges for which he still faces prosecution. Both of the extremists have campaigned against Israel’s High Court of Justice and accused it of regularly overstepping its authority in the service of allegedly left-wing agendas and views related to dealing with domestic issues in Israel and with the Palestinians.

In their warped worldview, they see the court as an obstacle ahead of consolidating Israel’s Jewish character and a restriction on the Israeli government mandated by the Knesset. The parliament itself has been shifting to the right for more than a decade.

Smotrich has announced that his party will seek to abolish the crime of “fraud and breach of trust” which — coincidentally, of course — Netanyahu has been accused of for years. He will grant immunity from prosecution for prime ministers, ministers and MKs for any crime they commit while in office. This means that we will see a Knesset and government filled with members able to commit crimes against Arab Israelis and the Palestinians in the occupied territories with impunity.

Israeli courts, including the High Court of Justice — which refuses to order the release of Palestinian prisoner Nasser Abu Hamid who is dying from cancer — do not serve the Palestinians and their rights. They actually help Israel to project its image as a caring, democratic state.

The new Knesset will be built on what Haaretz has described as a “black day for Israel” with Netanyahu heading back to power. It is indeed a “black day for Israel”, but every day is a black day for the Palestinians living under Israeli occupation. With a Kahanist government and international silence about Israel’s war crimes and crimes against humanity, the Arab citizens of the occupation state, as well as the Palestinians in the Israeli-occupied territories, may well be facing a new Nakba. The ethnic cleansing didn’t stop in 1948; it is ongoing, and the likes of Ben-Gvir and Smotrich would like to complete what their predecessors started all those years ago.