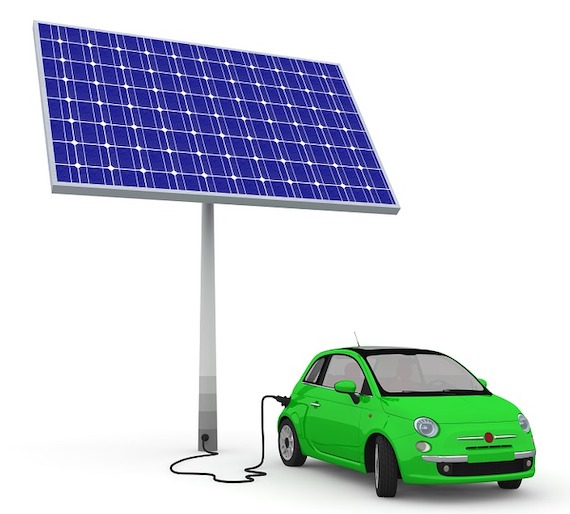 (The Conversation) – France has approved legislation that will require all car parks with more than 80 spaces to be covered over by solar panels. This is part of a wider programme that will see solar panels occupy derelict lots, vacant land alongside roads and railways, as well as some farmland.

This is expected to add 11 gigawatts to the French electricity grid equal to ten nuclear reactors.

Do the numbers add up? And should other countries do the same?

Several countries, most notably Germany, have already mandated developers of new buildings to incorporate renewables into their designs, like roof-mounted solar panels, biomass boilers, heat pumps and wind turbines. The French policy would apply to new and existing car parks.

The average car parking space is about 4.8m by 2.4m, or 11.52m². Assuming an output of 120 watts per m² that works out at roughly 1.4 kilowatts of power per bay. There would be further space over walkways and traffic lanes within the car park, but the solar panels would need to be kept far enough apart to stop them shading each other.

For an output of 11 gigawatts, you’d need to cover about 7.7 million car parking spaces. Are there that many in France that would qualify? The UK has between 3 and 4 million spaces and 40 million vehicles. France has a similar sized fleet of 38 million. So, 7.7 million space seems unlikely.

But the legislation covers a lot of urban land, not just car parks. In theory, 92km² of French urban land (defined as any built-up area with more then 5,000 people) could provide 11 gigawatts of solar power.

That might sound like a lot, but it’s only 0.106% of France’s total urban land area of 86,500 km². Accounting for the difference in capacity factors (how much energy each source generates a year compared with its maximum theoretical output) between French nuclear (70%) and French solar (15%), 430 km² of solar would supply the same amount of power each year in gigawatt-hours as those ten nuclear plants.

These panels need only cover 0.5% of French urban land, or about 0.07% of France’s total area. So it’s possible, though car parks will make up a tiny portion of the overall programme.

Coming to a car park near you

The UK and countries further north receive less sunlight per m² and the sun sits lower on their horizon, which makes the issue of shading on panels bigger, although the longer days in summer do compensate for this to some extent.

Also, while a lot of car parks in southern Europe already have sun shades over them (which allow solar panels to be mounted onto existing structures), this is rare in cooler countries. As a result, it would probably be a lot easier to mount panels on the roofs of buildings than over the surrounding car park in some countries. Where solar panels aren’t practical, other options, like wind turbines, might well be viable alternatives.

Likewise, some car parks, especially those in city centres, are shaded for most of the day by tall buildings nearby. But there is no reason not to put panels on top of them instead.

France is likely to be pursuing this policy to ease its dependence on nuclear power, which supplies 70% of the country’s electricity. This arrangement works when demand is stable. It becomes a problem when, for example, a drought forces multiple plants to reduce their power output or shut down. France is also adding several million electric cars and heat pumps to its grid, which will need to draw from a variety of energy sources and storage options.

The UK is similarly dependant on gas for both electricity and heating. Creating a more diverse energy supply, much of which is directly connected to the very cars or homes consuming that power, makes a lot of sense. But a strategy to unleash the green energy potential of vacant space in towns and cities should begin – and not end – with car parks.