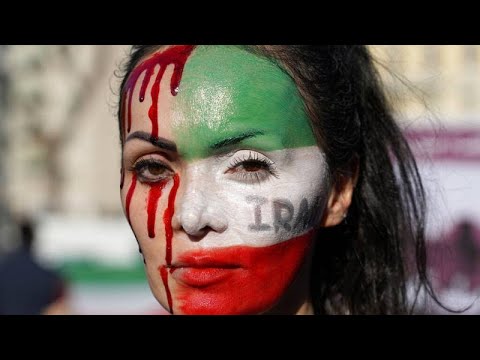 By Saeed Bagheri, University of Reading | –

The death of Mahsa Amini at the hands of Iran’s morality police in September for not wearing the hijab properly was a fracturing point, prompting Iranian women to come on to the streets en masse to protest the regime’s violence and injustice.

But our understanding of these protests should not be narrowly restricted to the rights of women. More broadly, they are a reaction to the absence of democracy and the rule of law in Iran on one hand, and the abuse of power and frequent human rights violations on the other.

One of the biggest problems for Iranian people is built in to the way the Islamic Republic operates, with the lack of a clear separation of powers, democracy and accountability. Iran’s judiciary is not independent of the regime, where power is constitutionally concentrated in one person: the supreme leader, Ayatollah Ali Khamenei. He is not answerable to any higher authority or legal or political mechanism. He doesn’t face a public vote.

The preamble to Iran’s constitution provides that “the constitution strives to hand over the destiny of people to themselves”. From this notion of democracy should flow respect for human rights, freedom of expression, access to power, the rule of law, separation of powers, independence of the judiciary, and transparency and accountability of the government. But in practice things are very different: non-accountability and abuse of power have become normalised during the Islamic Republic’s 43 years in power.

Iran is a signatory to various international treaties, including the International Covenant on Civil and Political Rights (ICCPR) and the International Covenant on Economic, Social and Cultural Rights (ICESCR). Yet it has frequently restricted the right to peaceful protest, using sometimes lethal force against and torturing peaceful protesters. And, in violation of its free speech obligations under Article 19(2) of the ICCPR, it frequently violates the right to freedom of expression by restricting access to information, including banning social media platforms such as YouTube, Facebook, Twitter, WhatsApp and Telegram, and shutting down the internet in times of peaceful protests.

The list of violations of fundamental rights is long. It includes denying freedom of religion to Iran’s minority religious groups, who suffer regular discrimination and persecution. The Baha’i community is the most severely persecuted religious group in Iran – and there has been a marked increase in arrests and targeting of this community in 2022. By April, UN experts had received reports that more than 1,000 Baha’i people were awaiting imprisonment following their initial arrests and hearings.

Minority languages are routinely suppressed, including in schools, despite an article in the constitution declaring that “use of regional and ethnic languages in the press, the mass media, and the teaching of their literature at schools, alongside the Persian language, is freely permitted”.

Amnesty International’s 2021 report highlighted widespread human rights abuses in Iran, including the regular use of the death penalty as a “weapon of repression”. It stated:

According to the UN’s special rapporteur on the situation of human rights defenders in Iran, Javaid Rehman, more than 14,000 men, women and children have been arrested in Iran during the current protests. He added that the “unabated violent response of security forces” in the country has led to the reported deaths of at least 277 people.

It has been reported that more than 1,000 people have been charged with a variety of offences in the Tehran province for involvement in the protests. Mohammad Ghobadlou, 22, has reportedly been sentenced to death for hitting and killing a police officer with his car during the protests, but this has not been confirmed.

The Islamic Republic often justifies its brutality and human rights violations by referring to the constitutional exceptions for behaviour detrimental to the fundamental principles of Islam or for actions likely to undermine national security. Yet Article 176, which concerns national security, refers to a violent threat to the nation rather than peaceful protest.

The Islamic Republic has been relying on national security in a broad sense to suppress peaceful dissent, unlawfully using violence – including against women and children – for the sake of its own survival, rather than the safety of the country. Crucial to the regime’s survival has been the support of the security forces, who take their orders from the Supreme Council for National Security (SCNS) – chaired by the president and including representatives who take their orders from the supreme leader, Ali Khamenei.

The situation is much worse when it comes to the rights of women in Iran, which are supposedly protected under Article 20 of the constitution, which states: “All citizens of the country, both men and women, equally enjoy the protection of the law and enjoy all human, political, economic, social and cultural rights in conformity with Islamic criteria.”

The italicised words are key here. The constitution also emphasises the need to protect and promote women’s “momentous and precious function of motherhood” – the family is a “fundamental unit of society and the main centre for the growth and edification of human beings”.

This goal was achieved in part by restricting women’s role in social, cultural and political life. So it’s no coincidence that the Iranian government has never ratified the 1979 Convention on the Elimination of All Forms of Discrimination against Women (CEDAW), which ensures full equality for women in all areas of their lives.

Iranian women have been at the forefront of the current protests, and the cry “women, life, freedom” expresses the deep yearning that women across the country share in the face of the regime’s oppression. But they are joined in their anger by many thousands of men, who want to force change to ensure the rights of all Iranians are respected – regardless of gender, religion or ethnicity.