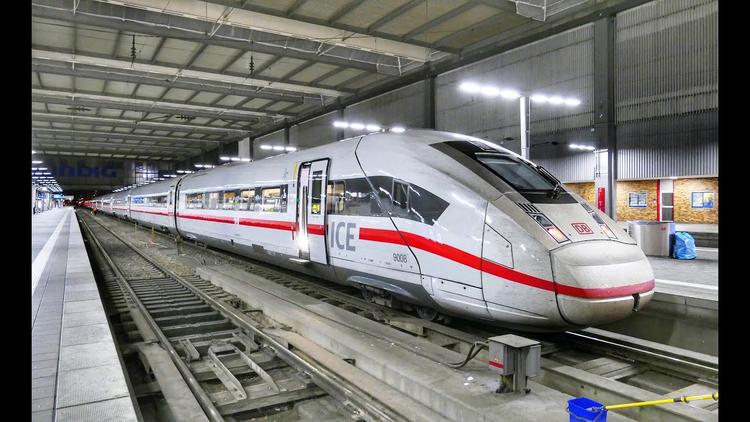 ( Clean Energy Wire ) – German railway company Deutsche Bahn (DB) has begun to electrify rail lines in the north of the country with an innovative new electrical infrastructure that will charge battery-powered trains and replace diesel locomotives.

DB is planning to build so-called “overhead contact line islands” in the state of Schleswig-Holstein, beginning with the first catenary masts in the city of Kiel and municipality of Büchen. The new infrastructrure is scheduled to be completed by the end of 2023. Instead of end-to-end electrification of every kilometre of track, the new technology only requires the electrification of short sections of track or individual stations. T

The battery trains use the overhead line, which only measures a few hundred metres to a few kilometres, to charge their batteries for journeys on non-electrified sections of track.

In the future, more than 10 million kilometres of train traffic in Schleswig-Holstein will be driven electrically rather than using fossil fuels, saving 10 million litres of diesel fuel per year. Initially, more than 30 additional catenary masts are required in the Kiel and Büchen stations.

By the end of 2023, DB will build the first overhead contact line islands and charging substations on the west coast of Schleswig-Holstein.

“With innovative infrastructure and state-of-the-art technology, we are continuing to push ahead with the expansion of alternative drives,” said Berthold Huber, DB’s head of infrastructure.

“Our goal is clear: Deutsche Bahn will be climate-neutral by 2040. We are also helped by creative solutions such as the overhead contact line island for battery-powered trains.”

Schleswig-Holstein economy minister Claus Ruhe Madsen added: “Thanks to battery-powered trains, most of the diesel multiple units in Schleswig-Holstein will soon be obsolete.” DB is set to expand its railway electrification efforts next year. The company has faced recent criticism for its slow progress in electrifying railway lines.