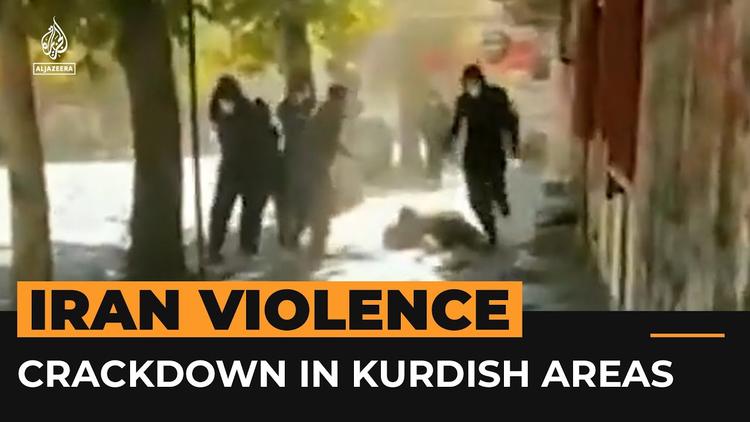 Ann Arbor (Informed Comment) – On Monday, a large group of Sunni Kurdish clerics called for an internationally supervised referendum in Iran. According to BBC Monitoring, they also demanded the release of all political prisoners and the prosecution of the officials who have been overseeing the crackdown on Iran’s protests, which has resulted in hundreds of deaths and thousands of jailings.

The idea for a national referendum (on the Shiite-ruled Islamic Republic?) to be overseen by the United Nations had been put forward by a Baluchi scholar and prayer leader Abdolhamid Ismailzehi. This is an instance of ideas traveling between Iran’s minority Sunni communities, which likely comprise about 10 percent of the country. It may be that the 1962 national referendum in Algeria that ended French political dominance of that country is the sort of thing these Sunni clerics have in mind, only they seem to want Iran to have the opportunity to declare independence from an internal power, the Shiite clergy, rather than from a foreign occupier.

Student protests continued around Iran on college campuses, though details are murky in the absence of the internet, which the Iranian government appears to have been willing to cut off.

In Doha, Qatar, the Iranian national soccer team refused to sing along with the Iranian anthem, maintaining their silence in what looked like a protest.

On Monday, Iranian security forces continued their crackdown on dissent in the Kurdish area of Iran in the west of the country, under the cover of an extensive blackout of internet service throughout the country. Over the weekend the Iranian Revolutionary Guards invaded the Kurdish city of Mahabad, which had been the capital of a brief 1946 experiment in self-rule and therefore has great nationalist connotations for Iranian Kurds. In response, demonstrations were held on Monday in several Iranian Kurdish cities, meeting heavy repression at the hands of the Iranian security forces.

The Hengaw human rights organization for Kurds based in Norway reported that 13 Kurdish civilians were killed by Iranian security forces on Monday alone.

Hengaw says that youth in the city of Javanrud protested at the funerals for two activists killed this weekend in that city, which the authorities put under lock down. They shouted “Death to Khamenei.” These protests were met with yet more repression, in which the Iranian government forces killed five Kurds in the city and injured 100. Hengaw alleges that hundreds of Revolutionary Guards positioned themselves in front of the city gates, refusing to let anyone enter or leave the town. Kurds, knowing about all the wounded, tried to give blood but were blocked from doing so by the Revolutionary Guards. the official Iranian press dismissed the demonstrators in Kurdish cities such as Piranshah as “counter-revoluionaries.”

This diction is an interesting rhetorical device, attempting to paint the youth protesters as conducting a counter-revolution to overthrow the government installed by the 1978-79 revolution.

Iran also continued to subject Iraqi Kurdistan to missile attacks. On the other side of the border, Turkish president Tayyip Erdogan targeted Syrian Kurds with missile strikes in retaliation for what he said was a Syrian Kurdish terrorist bombing of Istanbul. The attack in Istanbul appears to have been by a radical offshoot of the PKK or Kurdistan Workers Party, and there is no public evidence that Syrian Kurds were involved.