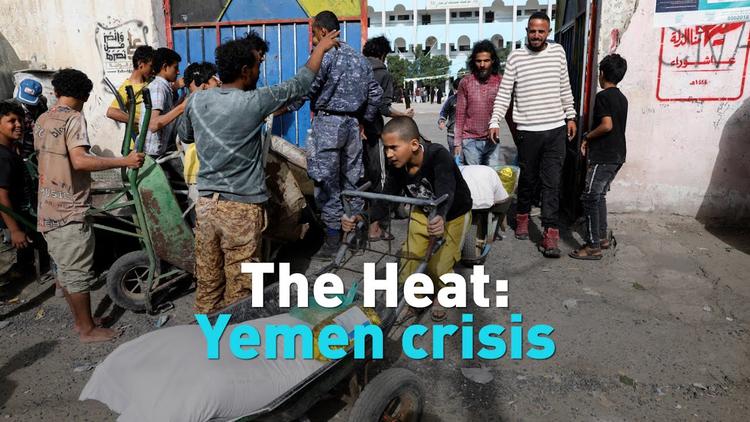 Vancouver (Special to Informed Comment) – Right now, we have more than enough knowledge, wealth, and the capacity to create a just and prosperous world, but we are nowhere near realizing this dream. One reason is that we are constantly told about so-called “scarcities”, and how expensive it would be actually to help people and preserve nature.

Almost all of those scarcities are artificial.

There are, of course, real, pressing problems. Before we can imagine solutions to them, though, we must have them in our consciousness, something that neither the insular American education system nor the infotainment that passes as “news” on television encourage us to do. The frantic search for profit above all other values holding us back.

I am not the first, of course, to notice this impediment. Albert Einstein himself wrote, “This crippling of individuals I consider the worst evil of capitalism. Our whole educational system suffers from this evil. An exaggerated competitive attitude is inculcated into the student, who is trained to worship acquisitive success as a preparation for his future career.”

As for the pressing challenges, here are some of those items not featured at the top of the hour on most news programs:

The United Nations High Commissioner for Refugees (UNHCR) estimates, “half of Afghanistan’s population experiences acute hunger. Some 3.5 million people are displaced due to conflict…The health care system is collapsing, fundamental rights of women and girls are under threat, farmers and herders are struggling amidst the climate crisis, and the economy is in free fall.”

“Afghanistan’s needs amount to over US $8 billion in funding this year.”

How many of our news programs or our high school social studies classes inform us that the U.S. sanctions on the Taliban spill over onto the civilian population, exacerbating this dire situation?

Then there’s the less dramatic suffering that the mass media rarely cover, such as the tens of thousands of refugees in Central America, Africa and the Middle East.In the Democratic Republic of the Congo, conflict has driven almost five million people from their homes and another million have become refugees abroad. “At the same time, almost a third of the country’s 90 million people are going hungry…”

Overall, the World Health Organization reports that, “As many as 828 million people were affected by hunger in 2021 – 46 million people more from a year earlier and 150 million more from 2019.”

One result of poverty is child mortality. UNICEF reported that, “On average, 14,000 children died before age 5 every day in 2019”. EVERY day.

And then there’s the ongoing suffering in Yemen caused primarily by Saudi Arabia’s military intervention. The UNHCR remarks, “After more than six years of conflict, Yemen remains the world’s largest humanitarian crisis and millions of displaced Yemenis are only a step away from famine.”

According to the UNHCR: “Ongoing conflict has displaced four million Yemenis, devastated the country and fractured its health services and food supplies, leaving 66 per cent of the population dependent on humanitarian aid.

“Civilians bear the brunt of the crisis, with more than 20 million Yemenis now in need of humanitarian assistance.”

A vital key to understanding these problems – and finding solutions – is to ask, “Who profits?”

Regarding Yemen, the Brookings Institute reported that, “Saudi Arabia has spent a fortune buying arms from America and Britain to prosecute a war that has killed almost a quarter of a million people — the world’s worst humanitarian catastrophe in our lifetime.” Three American administrations have enabled the war. “A total of 73% of Saudi Arabia’s arms imports came from the U.S., and 13% from the U.K.”

Not surprisingly, what President Eisenhower called the, “Military-Industrial Complex” is getting richer thanks to this conflict. Brookings writes, “In the five years before the war, U.S. arms transfers to Saudi Arabia amounted to $3 billion; between 2015 and 2020, the U.S. agreed to sell over $64.1 billion worth of weapons to Riyadh, averaging $10.7 billion per year.”

The United States has the highest military budget in the world – $801 billion in 2021. That constituted 38 percent of the total military spending worldwide that year, which amounted to 2.1 trillion U.S. dollars.”

According to the Peter G. Peterson Foundation, U.S. military spending is…more than that of the next nine countries combined, .e.g. China, India, U.K. Russia, etc.

“…most of the sales also involve just four companies: Lockheed Martin, Boeing, Raytheon and General Dynamics. The four were involved in 58% all the major offers made since the Biden administration took office.”

“The concentrated lobbying power of these companies — including a “revolving door” from the Pentagon’s arms sales agency and the leveraging of weapons export-related jobs into political influence — has been brought to bear in efforts to expand U.S. weapons exports to as many foreign clients as possible, often by helping to exaggerate threats.”

The Quincy Institute observes that, “Shortly after the president’s visit, on August 2, 2022, the Pentagon announced offers of missile defense systems to Saudi Arabia and the UAE worth over $5 billion…”

William D. Hartung writes, “the risks of arms sales in fueling conflicts, enabling human rights abuses, and drawing the United States into conflicts that don’t promote its national interests are too often discounted in favor of their alleged benefits.”

The U.S. Department of Defense is the largest institutional consumer of fossil fuels in the world and a key contributor to climate change. “The US military is one of the largest climate polluters in history, consuming more liquid fuels and emitting more CO2e (carbon-dioxide equivalent) than most countries.”

The purpose of listing these examples of human misery is not just to remind us of their existence. It’s to raise the question of why we allow such atrocities to continue. In other words:

If you and the people you care about were the victims of these crimes and atrocities, would you accept that the rich countries were not only failing to provide the needed assistance, but in many cases, actually profiting from some of these crises?

If we educate ourselves about our world, which is easier to do than ever, we can mount pressure on our governments, which have the power and wealth to address all of these crimes – without making life harder on their own citizens. Moving promptly to green energy, for instance, would actually save trillions in energy bills. Helping developing countries would be much cheaper than fighting wars with them. The answers are not rocket science: tax the billionaires, cut wasteful spending, shut down tax havens, stop selling weapons to human rights abusers, target aid to those who really need it – there are many options.

When we hear how people around the world are already feeling the impact of the growing climate crisis, we need to remember that it is actually a glimpse of our own present and future: forest fires, droughts, disease, floods, migrations, food shortages, and so on.

As Noam Chomsky wrote, while we cannot be certain that we will be successful in addressing these threats, we can be certain of disaster if we don’t try.