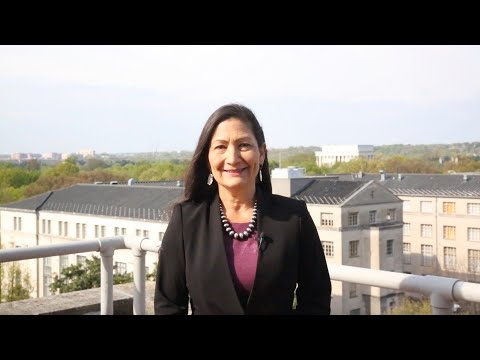 Ann Arbor (Informed Comment) – The popular story about Thanksgiving is an environmental parable that we would do well to remember today. It was a harvest festival in 1621, participated in by the 50 (out of 100) survivors at Plymouth Plantation and 90 members of the Wampanoag tribal confederation. A Patuxet, Tisquantum (known as Squanto) served as an interpreter.He had been in British captivity more than once, and had learned some English. He returned from Europe in 1619 after having escaped, only to find that smallpox had wiped out his village. He shared with the undocumented aliens arriving in Wampanoag territory the local techniques of fishing and corn farming. In some subsequent years there were droughts that threatened the colony.

The pilgrims faced a harsher climate than had Leif Erikson when he came to North America during the European medieval warming period. From 1550 to 1850, temperatures in the Northern Hemisphere fell by an average of about 1.3 degrees F (a little less than 1 degree C.). This fall in temperature, caused by low volcanic activity in those centuries and sometimes by a lack of sunspots, was exacerbated in the 1500s and 1600s by a slight decrease in atmospheric carbon of 6 to 10 parts per million. Stanford University geochemist Richard Nevle has argued that the great die-off of Native Americans, who were exposed to European diseases for which they had no antibodies, contributed to this decrease of carbon dioxide and fall in temperature. They ceased burning trees for fuel, and the forests recovered, with millions of new trees absorbing CO2. Science News explains: “By the end of the 15th century, between 40 million and 100 million people are thought to have been living in the Americas. Many of them burned trees to make room for crops, leaving behind charcoal deposits that have been found in the soils of Mexico, Nicaragua and other countries.” About 500 years ago, this charcoal accumulation plummeted as the people themselves disappeared. Smallpox, diphtheria and other diseases from Europe ultimately wiped out as much as 90 percent of the indigenous population. That is, the cold winters that challenged the English immigrants (and which they played down in their letters back home) had in part been caused by the very European influx of which they were a part!

Just as the pilgrims got through the grim winters of the Little Ice Age in the North Atlantic by listening to the advice of the Wampanoag, so we would do well to heed those indigenous voices speaking with wisdom about our own climate crisis.

Deb Haaland, our first indigenous Secretary of the Interior, said in an interview with ABC News Live: “I can’t speak for every tribe or even my tribe, but I can make sure that tribal leaders have a seat at the table . . . Climate change is bearing down upon us, that indigenous knowledge about our natural world will be extremely valuable and important to all of us.”

She added, “Indian tribes have been on this continent for millennia, for tens of thousands of years . . . They know how to take care of the land … that’s knowledge that’s been passed down for generations and generations.”

Haaland had been a Congressional representative from New Mexico, and is from the Laguna Pueblo tribe, who speak the Keresan language– an isolate unrelated to any other known language. This rareness is likely a sign of its antiquity.

Haaland’s Department of the Interior is facing a severe challenge in helping people in the West cope with a mega-drought that has afflicted the US Southwest for two decades. While you would expect a few dry spells time to time in the more arid areas of the Southwest, there would not be a severe mega-drought if it had not been for humans burning fossil fuels and releasing carbon dioxide, a deadly heat-trapping gas, into the atmosphere.

Haaland said in a speech in Denver, “Drought doesn’t just impact one community. It affects all of us, from farmers and ranchers to city dwellers and Indian tribes . . . We all have a role to use water wisely, manage our resources with every community in mind, work collaboratively and respect each other during this challenging time.”

She has taken steps to increase the amount of renewable energy produced on public land in the Southwest. She is a big booster of solar energy in particular.

Like the Wampanoag wisdom that got the Pilgrims through the frigid New England winter, so Haaland and other Native voices can be our salvation.

Haaland pledged a whole-government approach to addressing the climate crisis and established a task force to coordinate climate responses throughout the Department of the Interior.