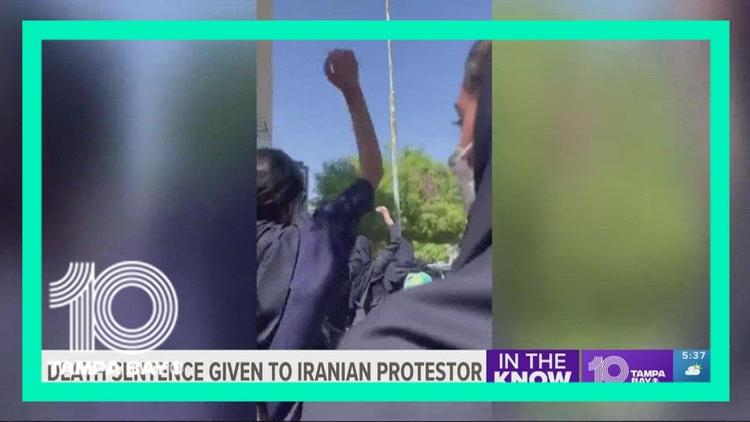 Ann Arbor (Informed Comment) – Maria Ramirez Uribe at Politifact explains that a wildly inaccurate Instagram post alleging that Iran’s parliament had sentenced 15,000 arrested demonstrators to death went viral. The allegation of 15,000 on death row was shared by Canadian Prime Minister Justin Trudeau and other prominent figures and then went viral on Twitter. Instagram flagged the posting as inaccurate and it has now been removed. It apparently is still circulating at Twitter, however, since new owner Elon Musk fired the fact-checking staff, along with the software engineers that keep Twitter stable. That this piece of gross misinformation is being allowed to circulate on Twitter attests to how quickly the site has deteriorated into a quagmire of questionable reports. Given the hair trigger tensions between the US and Iran, such disinformation has severe security implications. Some in Congress are already worried about the Saudi stake in Twitter, which could help explain its insouciance about smears of Iran.

According to the semi-official ISNA news service in Iran, as of November 15 the courts had sentenced two demonstrators to death. In some ways that hits me harder in the gut than the phony report did, because I can imagine those two young protesters, fired up by the death in the custody of the morals police of Mahsa Zhina Amini last September for inadequate veiling.

One of the two was given the death sentence for starting a fire at a government building. As for the other, ISNA says, “According to the verdict, the defendant, who had created terror for the people in the street by wielding a knife and hadset a citizen’s motorcycle on fire and attacked and injured a person with the knife, was sentenced to death.” Neither of the condemned appears to have killed anyone, making the death sentence a human rights abuse according to international law.

ISNA says that the death sentences are provisional and may be appealed.

Five other persons were sentenced to 5-10 years on charges of “rioting.”

The plausibility of the Instagram disinformation operation may have been bolstered by allegations that 14,000 demonstrators have been jailed by the government, though there does not seem to be any sourcing or proof associated with that guesstimate.

That Western heads of states and the glitterati were so quick to swallow this charge of mass murder tells us not only that our information system is broken but that we are ready to believe anything about those states branded as enemies. That kind of gullibility about other countries is attended by its own dangers.

Iran has four, not three, branches of government. It has the clerical branch, headed by the August Leader Ali Khamenei. He is commander in chief of the armed forces, and controls the intelligence agencies. He can overrule parliament and even prorogue it. He can dismiss the cabinet.

Contrary to what the Instagram posting implied, Iran’s parliament cannot order people executed. That is the judgment of a judge. Many of the executions are ordered by judges in provincial courts.

Iran’s government is profoundly illiberal and routinely abuses the human rights taken for granted in most of the North Atlantic world. This situation also obtains, however, in US allies such as Saudi Arabia, and Israel (in its Palestinian possessions), which are generally spared such severe criticism because of their friendly posture toward Washington.

Iran conducts more executions annually than any other government except China. The top countries for executions in 2021 were China, where the number is a closely guarded state secret but is thought to be large; Iran, at 314, Egypt at 83, Saudi Arabia at 65, and the United States at 11 (it had been 25 in 2018 under Trump). As recently as 2000, the US executed 85 inmates, more than any country in 2021 except Iran and China. Trump brought back federal executions, but Attorney General Merrick Garland has issued a moratorium on those. Five states still execute the condemned.

Although 314 is a horrible number of executions, it isn’t 15,000. Radio Free Europe/ Radio Liberty looked at the numbers and observed that “An amendment to the Anti-Narcotics Law, passed at the end of 2017, had previously led to a significant decrease in the number of drug-related executions in Iran, but in 2021 there was a fivefold increase in these figures, with at least 126 people being executed for drug-related charges.” Others appear to be political activists, sometimes violent ones, from Iran’s disaffected minorities. About a quarter of those executed in 2021 belonged to the Baluch ethnic minority in the southeast, which is Sunni and among whom there has been a secessionist movement.

In Justin Trudeau’s defense, a mass execution of prisoners had been carried out under Ayatollah Ruhullah Khomeini in 1988, when, Human Rights Watch estimates, “Iranian authorities executed between 2,800 and 5,000 prisoners in at least 32 cities in the country.” Many of these prisoners were members of the insurgent “People’s Jihadi” (Mojahedin-e Khalq or MEK) group that had killed 74 high Iranian officials, including the chief justice, in a bombing in 1981, and had been responsible for other acts of violence during the 1980s. These executions, in which current Iranian President Ebrahim Raisi is implicated, have been termed a “crime against humanity” by Human Rights Watch. No similar mass execution, however, has been carried out under Leader Khamenei, who came to power in 1989. It is impossible to say, however, whether the Iranian state, if it felt sufficiently threatened, would be willing to repeat the massacre of 1988.

One lesson of this episode is that you should not believe everything you read on the internet, even if it is retweeted by a head of state. From 2017 through early 2021, after all, the US had a head of state who told tens of thousands of lies. Another is that Elon Musk’s commitment to “free speech” is actually a commitment to the freedom to spread right-wing disinformation. A third is that we academic specialists in subjects like Iran at universities have our uses. I spent over a decade debunking official US lies about Iraq. I guess now Iran is the country about which falsehoods may be purveyed with impunity. This is dangerous, because the accumulation of lies about Iraq spread by the think tanks in Washington, D.C., laid the grounds for public acceptance of a war in that country. We can’t afford a repetition of that sort of misadventure, which would bankrupt us morally and financially.