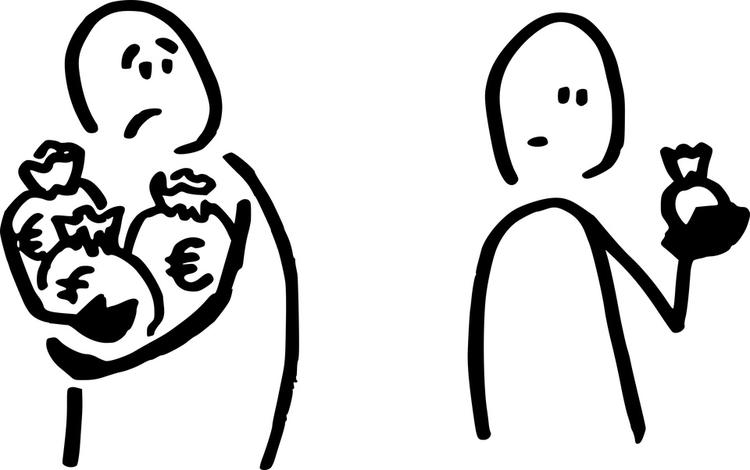 ( Inequality.org) – Every time I hear that we as a nation cannot afford something — whether that might be assuring non-toxic water in Jackson and Flint or universal pre-K or an industrial policy with teeth — I have wondered how many dollars a national wealth tax might yield. So I looked the numbers up.

Wealth turns out to run way bigger than income. Our total U.S. wealth in 2021 sat at $150 trillion. Total income, combining personal income and company profits, amounted to about $25 trillion. A small wealth tax would clearly produce much more government revenue than a much larger income tax.

Like income, wealth in the United States remains highly concentrated. The wealthiest 1 percent of Americans hold about one-third of that $150 trillion in U.S. wealth. That comes to $50 trillion, twice the total annual income of all Americans, everyone from the millions of workers making less than $15 an hour to the corporate executives making multiple millions. Again, you don’t need an algorithm to figure out that even a tiny wealth tax on the top 1 percent could produce as much — or more — than a large income tax on everybody.

A modest national wealth tax could solve a lot of problems and fund a lot of common good, even if that tax only somewhat reduced our savage economic inequality.

Senators Elizabeth Warren and Bernie Sanders have offered pioneering proposals to introduce national wealth taxes to the United States. Critics have raised various objections to these proposals. Collecting a wealth tax would prove impractical, some charge. Others say that taxing wealth at the federal level would be unconstitutional. Senator Warren has convincingly addressed these objections, but I’d just like to add one point: Taxing wealth would provide a nearly inexhaustible source of government revenue. Collecting that revenue may well hit some administrative or political obstacles. But overcoming those obstacles would be well worth the effort. 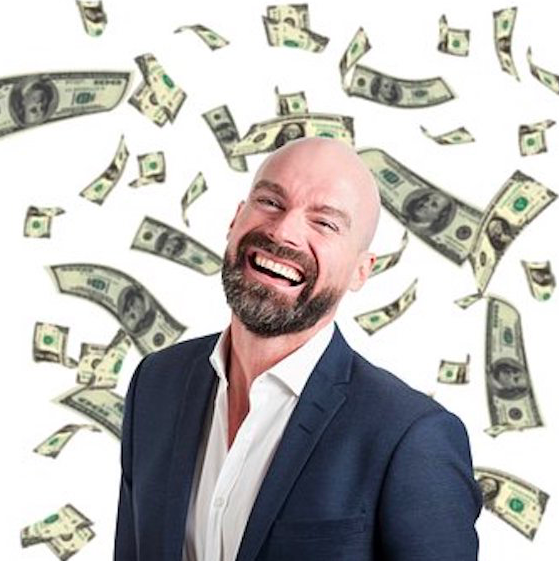 That $500 billion could buy something like a revolution in child-rearing. President Biden’s original Build Back Better proposal had elements of such a revolution, but never won full funding because implementing family-friendly policies will always be so damned expensive. With a 1 percent tax on the top 1 percent, we could meet that expense.

Here’s what a plan concentrated on helping children and making parenting more manageable could do with a 1-percent-on-the-1-percent tax:

This package would provide $3,000 per child for virtually all parents, save an average of $11,000 for those now using day care for pre-schoolers, and open up employment opportunities for those parents with pre-schoolers who cannot now afford day care. This would all be great for children’s academic, psychological, and social development — and would transform the economics of parenting, most especially for low- and moderate-income families.

Senator Booker’s Baby Bonds would create and seed a savings account of $1,000 at the birth of every child in the United States and then add up to $2,000 each year depending on household income. The funds would earn income that would not be available for the children until they reach 18. At that point, they could use the money for education, to buy a home, start a business, or continue as a retirement account.

Taken as a whole, this package would cut child poverty by more than half, greatly improve general educational levels over time, and immediately provide substantial support for families during their most challenging years for managing both time and money. A modest wealth tax could provide all this benefit, with money left over to do still more common good. But at what cost? How much harm would a wealth tax do to those elite few who would have to pay the tax?

As illustrated below, the amount individuals would pay in wealth taxes would indeed be very hefty, often running into the millions, even billions of dollars. But in most years and on average, America’s top 1 percent would continue to get wealthier even with this wealth tax in effect. Given that the S&amp;P 500’s annual average stock market return since 1957 has topped 11 percent, a mere 1 percent tax on wealth would amount to little more than a rounding error for anyone in the top 1 percent.

Once established, a wealth tax could easily expand in small increments to a perhaps more reasonable 4 percent, producing $2 trillion a year in revenues, based on current levels of wealth. Or we could tax higher levels of wealth at higher percentages, as Senator Warren proposes, with tax rates on billionaires reaching 6 percent. Even at those higher rates, the wealthy would go on getting wealthier. But taxing the wealth of these wealthy would open a cornucopia of public capital to invest in addressing our multitude of problems and in bettering working people’s lives.

By not taxing wealth we are failing to tap by far the largest source of our potential public revenues. And because the wealth of the wealthy confers both economic and political power, we cannot adequately defend democracy if we go on allowing our economic oligarchy a completely free lunch.

A clear majority of Americans support most of the family-friendly policies listed above. Even larger majorities support the notion of a wealth tax, with nearly two-thirds of Americans favoring a tax on grand fortune. Imagine that. The polls are showing higher support for taxing the rich than for the beneficial programs that taxing the rich could finance. Makes you wonder why our elected representatives, especially Democrats, are not standing in line to support such a combination of policy and pay-fors.

Next time you hear a politician say “we” can’t afford something that clearly needs doing, just stop a moment and think — about what a wealth tax on a very small proportion of Americans could accomplish.

Jack Metzgar, a retired adult educator from Roosevelt University in Chicago, is the author of Bridging the Divide: Working-Class Culture in a Middle-Class Society (Cornell 2021).