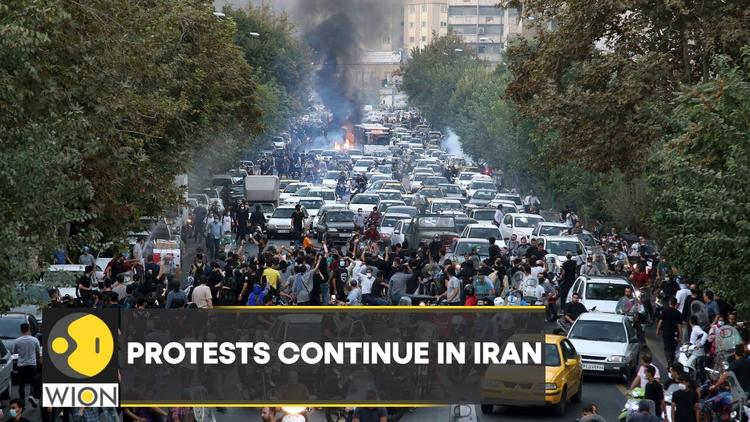 ( RFE/RL ) – The families of the victims of the recent nationwide protests in Iran have staged protests amid ceremonies marking the 40th day since the death of 10 protesters across the country.

With police standing nearby in the southern Iranian city of Shiraz on December 22, people gathered to mark the end of the traditional mourning period following the death of Omid Moayedi, a 22-year-old killed by direct fire from security forces during a demonstration on November 15. Moayedi’s body was withheld from his family for several days, while his burial was performed amid tight security and with the presence of only a few of his relatives.

“Let them arrest and kill me. The blood of my child will not be trampled,” Moayedi’s mother told those gathered, adding that her son’s death was unjust.

Iran has been engulfed by antigovernment demonstrations since the September 16 death of Mahsa Amini.

The 22-year-old died while in police custody after she was arrested for allegedly wearing a head scarf improperly.

Police have responded with a brutal crackdown that has angered the protesters further while raising concern around the world over the poor state of human rights in Iran.

In the central Iranian city of Semirom, people came to the graves of at least four other protesters who also died 40 days earlier. Some took to the streets of the city chanting anti-government slogans.

Similar scenes were repeated in the city of Izeh in the southwestern Iranian province of Khuzestan, where people gathered at the graves of Hamed Salahshour and Artin Rahmani and chanted “Death to Khamenei,” a reference to Supreme Leader Ayatollah Ali Khamenei. Rahmani, 15, was killed by a bullet during a demonstration in Izeh on November 16.

Meanwhile, a large number of people from the western Iranian city of Sanandaj also gathered at the graves of three dead protesters and chanted “The martyr may never die.”

Isa Bigleri and Zaniar Allahmoradi were killed by the security forces of the Islamic republic during protests on November 16 in Sanandaj.

Almost 500 people, including 62 children, have died in the police crackdown on protesters, while thousands have been detained.

Officials, who have blamed the West for the demonstrations, have vowed to crack down even harder on protesters, with the judiciary leading the way after the unrest entered a fourth month.

The protests pose the biggest threat to the Islamic government since the 1979 revolution.