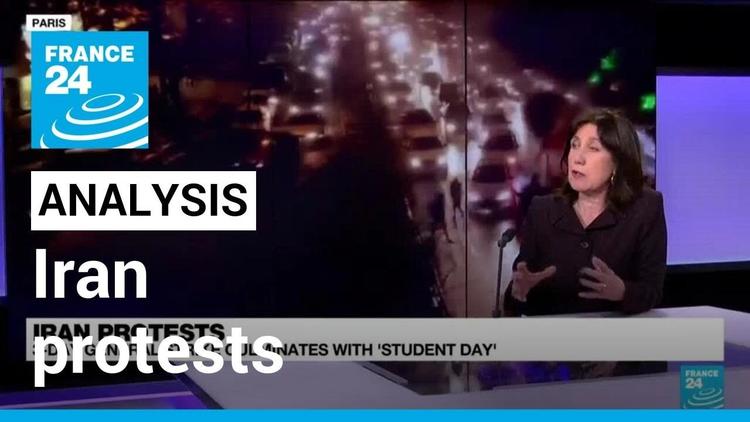 Ann Arbor (Informed Comment) – Badri Hosseini Khamenei, the sister of Iran’s clerical Leader Ali Khamenei, just issued a public broadside against him on her son’s web site, denouncing him as a dictator who is entangled in a web of high-level corruption and disgraceful thuggery.

Thus, the women’s revolt in Iran, which has been led by young women and has involved the burning of their veils, has now reached the household of the “August Leader” himself.

She noted that she, like many mothers in Iran today, has lost her daughter to the Iranian prison system because of her protests against the government:

“I think it is appropriate now to declare that I oppose my brother’s actions and I express my sympathy with all mothers mourning the crimes of the Islamic Republic regime, from the time of Khomeini to the current era of the despotic caliphate of Ali Khamenei.Like all Iranian mourning mothers, I am also sad to be away from my daughter.

Her description of her brother’s rule as a “despotic caliphate” (khelafat-e mostabeddaneh) is meant to deny him the status of clerical Leader of a Shiite state. It was the Sunnis who believed in a caliphate, a pope-like figure who also exercised secular power. Shiites criticize the Abbasid caliphate, e.g., for persecuting the descendants of Muhammad, the Imams. So she is implicitly comparing her brother to a Sunni caliph like al-Mutawakkil (r. 847-861) of Baghdad, who is said to have been very anti-Shiite. The term “caliphate” has also recently been dragged through the mud by the ISIL or Daesh terrorist group, which has set off bombs in Iran.

Her reference to losing her daughter to the prison system like so many other Iranian mothers has to do with Ms. Khamenei’s daughter, Farideh Moradkhani. She has been arrested on charges of defaming the Iranian state. BBC Monitoring says that she compared her uncle, Ali Khamenei, to Benito Mussolini and Adolf Hitler and complained that the government did not live up to any of the religious principles it supposedly espoused. In a November video, she called on the United Nations to sanction Iran’s government for what she called its brazen and horrific crimes.

The mother, Badri Hussaini Khamenei, went on to write,

“As my human duty, many times I brought the voice of the people to the ears of my brother Ali Khamenei decades ago. However, after I saw that he did not listen and continued the way of Khomeini in suppressing and killing innocent people, I cut off my relationship with him.

My concern has always been and will always be the people, especially the women of Iran. I believe that the regime of the Islamic Republic of Khomeini and Ali Khamenei has brought nothing but suffering and oppression to Iran and Iranians. The people of Iran deserve freedom and prosperity, and their uprising is legitimate and necessary to achieve their rights. I hope to see the victory of the people and the overthrow of this tyranny ruling Iran soon.”

Badri Hussaini Khamenei’s husband, Shaikh Ali Tehrani, had fought the shah’s regime but broke with Khomeini when the latter imposed a theocratic state. He became an outspoken dissident and fled to Iraq in the 1980s. He returned to Iran in 1995 and was sentenced to 20 years in prison. He was paroled after ten years, after which he retired from public life. He died last year.

So it is not a new thing for members of Khamenei’s family to lambaste him. That the women of his family are raking him over the coals during this moment of women’s revolt, however, can only undermine his authority further.

In the meantime, reports from Iran indicate that the widespread strike continued on Wednesday in cities such as Shiraz, with shopkeepters keeping their establishments shuttered. The state authorities are permanently closing some of those stores to punish owners for joining the strike. Universities also saw widespread strikes, with entire faculties canceling classes.