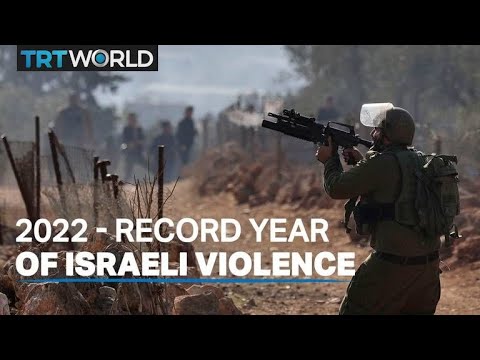 ( Middle East Monitor ) – A few days before the formation of his sixth government, Benjamin Netanyahu has defined his ceilings for the solution to the Palestinian issue: self-rule for the Palestinians and security and sovereignty for the Israelis. He did not mention Jerusalem, which has already been declared to be Israel’s “united eternal capital”, nor did he mention self-determination, as the Nation State law restricts this right between the River Jordan and the Mediterranean Sea to the “Jewish people”. This does not apply to the Palestinian refugees who are likely to increase in numbers after hints have been made about the return of a deportation policy and nationality revocation instead of decreasing through return and family reunification.

Self-rule, according to Netanyahu, has nothing to do with geography. It is a matter of “Palestinian demography”. Wherever there are gatherings of the Palestinian population, they can manage their own affairs, and their “affairs” here are limited to services such as health, education and transportation, although Israel will continue to haunt them in their school curricula and classroom programmes, and in everything related to their public space.

It is clear that the “King of Israel” no longer pays much attention to the issue of security coordination with the Palestinian Authority, because if it does what it is required to do, it will have served itself and prolonged its survival, before serving Israel and providing security for its settlers. Netanyahu considers coordination as a given and in the interest of the PA as well as a necessity for its existence, so why should he worry about it? Why remind it of the need to adhere to its commitments and obligations? Why would he constantly threaten it with woe and destruction if it does not adhere to its obligations?

Between the river and the sea, he believes that there is only one sovereignty, only one security and only one nation with the right to self-determination. The remaining basic functions of the PA, from the Israeli point of view, basically boil down to two things: the issue of Palestinian passports (after Israeli security approval, of course), so that Israel does not have to face the issue of the identity or nationality of five million Palestinians in the West Bank and Gaza Strip. And then to reduce the financial burdens and costs that may fall on the shoulders of the occupation authorities in the event that the PA collapses. Israel must be allowed to enjoy a comfortable, inexpensive, five-star occupation that the international community and the Palestinian taxpayers pay for so that the PA continues to exist. Netanyahu is on the verge of saying let’s pay more attention to raising our profit rates due to the exclusive control that we impose on a multi-billion dollar market.

There is no independent or viable Palestinian state, but rather self-rule for the population without their land. All areas of the West Bank, according to this perception, turn into Area C territory, where sovereignty and security belong to Israel. Even the idea of separation from the Palestinians defended by some on the Israeli left out of concern for the “Jewishness and democracy of the state” no longer appeals to Netanyahu, who previously announced his acceptance of the “two-state solution” in his Bar-Ilan speech.

Separation does not require the demarcation of borders or recognition of a state and self-determination. The Palestinians are in their isolated areas and their isolated islands are controlled by gates, walls and military checkpoints. If security in its old forms fails to rein them in, then there is no problem entrusting the task to extremists like Itamar Ben-Gvir and Bezalel Smotrich. Nor is there a problem with arming the settlers, strengthening their militias, and placing the police and border guards under the authority of the most extreme far-right rabbis.

The double paradox revealed by the reactions to Netanyahu’s positions is, on the one hand, evident in the fact that the PA is still showing willingness to engage in negotiations, and on the other in the narrowness of the most racist and fascist right-wing. It is this which the Likud leader describes as extremely lenient and generous with the Palestinians, who deserve nothing but collective punishment, such as extrajudicial executions, displacement, home demolitions and various other forms of daily desecration of their lives, cities, towns, villages and camps that we have been already seen, and some that we have yet to see.