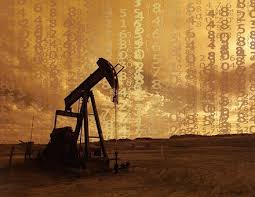 ( China Dialogue) – The Group of 20 is an intergovernmental forum of 19 countries and the European Union. These include most of the world’s largest economies, including those of many developing nations, and together account for over 80% of world GDP.

Subsidies reached new highs in 2021, even before Russia’s invasion of Ukraine, a Climate Transparency analysis finds

Subsidies to the sector had fallen to $147bn in 2020 as the impacts of travel restrictions due to Covid-19 weakened demand, but they rebounded in 2021, rising by 29% to $190bn. Though full data is not yet available for 2022, financial support to both producers and consumers of fossil fuels is projected to have risen, partly due to spiralling energy prices in response to the Russian invasion of Ukraine.

In total, 63% of the G20’s public finance for energy went to fossil fuels in 2019–2020. The countries with the highest total subsidies for fossil fuels were China, Indonesia and the UK.

The stocktake of G20 climate action is outlined in the latest annual report from Climate Transparency, an international partnership of organisations including Climate Analytics, the Overseas Development Institute (ODI), and the Berlin Governance Platform.

The report points to the G20’s 2009 commitment to “phase out and rationalise, over the medium term, inefficient fossil fuel subsidies”, which it reaffirmed last year.

“I think we can safely say we are now in that ‘medium term’ and it’s clear the G20 has failed to deliver, instead continuing to use public funds to distort the market in favour of fossil fuels,” said Ipek Gençsü, senior research fellow at ODI, and finance lead of the report.

She cautioned that the figures were likely an underestimate since they are based on self-reporting by G20 governments to the OECD. Independent analysis carried out by Climate Transparency members had found unreported subsidy data, she said.

The Intergovernmental Panel on Climate Change (IPCC) has warned that emissions must be halved by 2030, and that the extraction of fossil fuels needs to stop to keep the 1.5C warming limit of the Paris Agreement within reach, the report notes.

Despite this, energy-related CO2 emissions rebounded 5.9% across G20 countries in 2021, to above pre-pandemic levels. The G20 is responsible for three-quarters of the world’s emissions, said Bill Hare, chief executive of Climate Analytics.

“These are the world’s biggest economies, many of them home to the finance and technologies needed to tackle the climate crisis. We are now in a moment where geopolitics and energy security issues are combining to really hammer home the benefits of cheap renewables, yet we are still seeing many of these governments turning to fossil fuels as the solution,” he added.

Fossil fuels still dominate the energy mix, with the transition to renewables too slow, Hare said.

“The energy crisis really reinforces the need to get on with renewables,” said Hare. “What stands in the way of progress is the need for governments in the G20 to take the political decisions to get the transformation under way,” he said.

The developed nations of the G20 are still failing to provide the $100 billion per year in climate finance to the world’s developing nations that they promised to by 2020. The Climate Transparency assessment calculated how much each country should contribute as its fair share, based on historical emissions. Only three of eight countries have met the mark. The US contributed just 5% of what it owes, while the UK, Italy, Canada and Australia also fell short.

More finance needs to be targeted at adapting to the impacts of climate change, Hare said. In addition, finance for loss and damage caused by irreversible impacts, such as sea-level rise and salination of ground water, is going to be a big theme going forward. So far, it has not really been on the agenda of the G20, he added.

The debate could be complicated by the fact that China and India are now large emitters, and much wealthier than they were, so should start thinking about how they could contribute finance for loss and damage, Hare said.

“There’s a wide variety of views within the G20 on loss and damage. There’s been a conflict between the rich developed countries and the poor developing countries on this issue,” he said. “But there are signs behind the scenes of progress being made. I would hope the countries like India and China would join what I’m hoping is an emerging consensus on how to set up a loss and damage mechanism.”