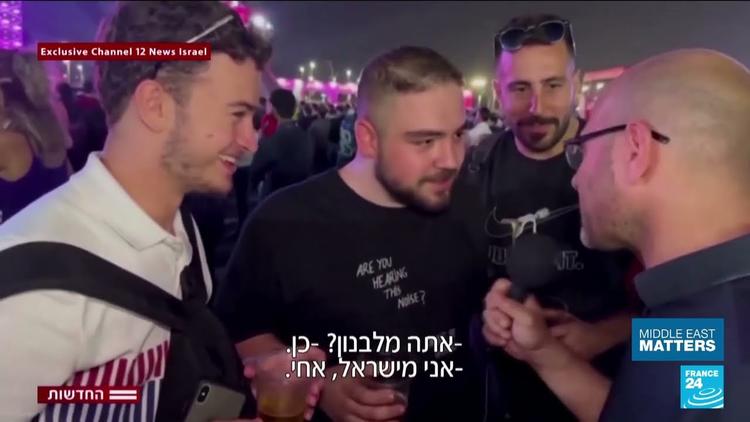 “The Iranian authorities have unleashed alarming violence against protesters in Sanandaj since September,” said Tara Sepehri Far, senior Iran researcher at Human Rights Watch. “Both the protests and the government’s brutal response to them reflect the government’s longtime repression of the Kurdish people’s cultural and political freedoms.”

Human Rights Watch interviewed 14 victims and witnesses, including three former detainees and three family members of detainees in Sanandaj. Researchers also analyzed 17 videos and photographs posted to Twitter, Telegram, and Instagram from Sanandaj during this period.

Use of Excessive and Unlawful Lethal Force

Iranian security forces used excessive and lethal force against anti-government protesters and others in Sanandaj throughout September, October, and November in violation of international human rights law. Particularly violent crackdowns occurred on October 8 and November 17. Security forces using shotguns and Kalashnikov-pattern assault rifles fired live ammunition, pellets, and teargas at and towards protesters. They also fired teargas into homes and destroyed private property. One agent in civilian clothes fired an assault rifle at apartments.

Security forces killed at least six people altogether on October 8 and November 17. The Kurdistan Human Rights Network reported that security forces also beat and fatally shot Momen Zandkarimi, age 17 or 18, on November 2. In a video posted to social media on November 3, a man who identifies himself as Zandkarimi’s father said his son was shot with metal pellets, causing internal bleeding. Human Rights Watch reviewed video footage posted on social media claiming to show Zandkarimi’s body being washed for burial. Wounds on the back of the body appear to be from pellet rounds, said a physician consulted by Human Rights Watch, in addition to one larger circular wound. Researchers could not verify the cause of death.

Human Rights Watch spoke to five witnesses about the October 8 events. Protesters gathered in small numbers near Azadi Square in central Sanandaj, and in the Feyz Abad, Ghatarchian, and Sharif Abad neighborhoods. They said that police responded by shooting teargas and pellets at the protesters and beating them with batons.

A witness said he saw a man fatally shoot Peyman Menbari, 24, in the back in the Ghatarchian neighborhood. He said he and Menbari were in a group of about 50 protesters. “I saw that he threw a stone towards the IRGC [Islamic Revolutionary Guard Corps] and [plainclothes] agents,” he said. “Then I heard him sigh and fall in front of me.” The witness said that other protesters identified the man who shot Menbari as a local paramilitary Basij member whom they knew by name and who was accused of helping the IRGC identify protesters.

The Kurdistan Press Agency, Kurdpa, reported that on October 8 at around noon, Yahya Rahimi was shot in his green car on Pasdaran Street after he reportedly honked in support of protesters. Human Rights Watch reviewed and verified four videos shared on social media on October 8 and 9 related to the attack. In one video, masked men attack a green car and shatter its windshield. In the second, men with rifles run after the same car. In the third, the driver is seen severely bleeding and unresponsive behind the wheel, surrounded by broken glass.

A 32-year-old man who was on the scene shortly after the killing said he saw a man, whom he described as a plainclothes agent, running from the scene. “I went closer and saw that the driver was killed. I saw that the windshield was broken,” he said, adding that it looked like a bullet passed through the windshield.

In the fourth video, taken from another side of the car, the unresponsive man has a large wound behind his right ear. Human Rights Watch could not independently verify that the man was Yahya Rahimi, though his father told reporters that “Islamic Republic agents” attacked his son’s car and killed him. A notice on social media said Rahimi’s funeral was on October 9 and 10.

The witness said that he too was attacked later that afternoon. He provided photos of his back showing his injuries, which he said were caused by police firing metal pellets at him after he and other protesters peacefully chanted slogans. He estimated that he saw police shoot more than 10 other people with pellets that day, including in the face.

On November 17, 40 days after the killing of the four protesters on October 8, the day when people typically gather to mourn the dead, thousands of people gathered in the Behesht Mohammadi cemetery. Witnesses said that the Iranian police special units and the Revolutionary Guards attacked and shot at mourners, killing at least two people. The witnesses identified the forces by their uniforms. The 32-year-old man who took part in the October 8 protests also saw security forces shoot teargas and use shotguns against mourners who were chanting slogans 100 to 200 meters away from Qeshlaq Bridge. The bridge connects the cemetery to the city. He said a few people were throwing Molotov cocktails and stones at the police, but that most were peaceful.

He said the security forces shot and wounded several mourners including a teenage boy and two men, one in the abdomen and the other in his arm. He said that security forces took the bodies of two other men, reported as Aram Habibi and Shaho Bahmani by the Kurdistan Human Rights Network – from Kowsar Hospital, despite their families’ objection.

The United Nations Basic Principles on the Use of Force and Firearms prohibit the use of excessive force at all times and using lethal force except in cases of imminent threat of death or serious injury. The 2020 UN “Guidance on Less-Lethal Weapons in Law Enforcement” says, “Multiple projectiles fired at the same time are inaccurate and, in general, their use cannot comply with the principles of necessity and proportionality. Metal pellets, such as those fired from shotguns, should never be used.” International norms on the use of teargas projectiles say that teargas should only be used to disperse unlawful assemblies where necessary and proportionate and should be fired at a high angle.

Human Rights Watch documented serious abuses against detainees, including women and children. The violations included arbitrary arrests, denial of medical care, and torture and other ill-treatment, including threats, beatings, and sexual harassment and assault. The authorities routinely failed to provide information to families about the circumstances and whereabouts of people in their custody.

Two women arrested together during the first week of protests in September said that security forces beat, sexually assaulted, and threatened them with rape during arrest and while they were held at the police station. A family member of a 17-year-old girl arrested in October said the police threatened her with sexual assault and sexually harassed her at the police station. One of the women said that during her arrest in September, a security officer hit her neck, threw her to the ground, and dragged her by the hair before six or seven officers beat her. One then kicked and beat her with a baton while forcing her into a car. She said she suffered internal bleeding and fractures.

The two women said that after being held at the police station, they and other female detainees were transferred to Sanandaj’s juvenile correctional center. There, they said they were forced to take turns sleeping on the floor due to insufficient space and did not have enough blankets. They said the police did not inform their families about their arrest or admit they were holding them when their families came to look for them.

A number of people described the authorities violently arresting children and beating them in custody. One 43-year-old man said he saw plainclothes agents ambush a teenager in the Maskan Mehr apartment complex on October 9 and beat him while arresting him. In another case, a woman said she saw security forces beat a boy in Baharan township before detaining him. The relative of 13-year-old boy said plainclothes agents arrested him while he was going to the supermarket. When the family eventually located him and he was released on bail, he had severe injuries, including a broken rib.