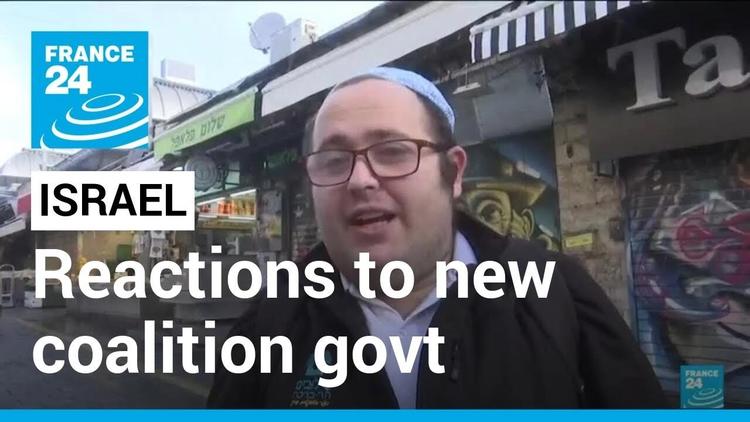 Ann Arbor (Informed Comment) – The new Israeli government, formed in the nick of time by incoming Prime Minister Binyamin Netanyahu, is so morally compromised that even the country’s right wing is visibly uncomfortable with the agreements made by Netanyahu to allow him to come back to power. Iconic among those concessions was Netanyahu’s acquiescence in a demand from the Jewish Power (Otzma Yehudit) bloc that the law be changed that disallows racists from running for parliament. The law says that a candidate would be banned “should there be explicitly or implicitly in the goals or actions of the slate, or the actions of the person, including his expressions… incitement to racism.”

People running for the Knesset, including Netanyahu, say racist things all the time against Palestinians and Palestinian-Israelis. The law implicitly was designed to exclude Palestinian-Israelis who “negated” the state of Israel. But then it was also applied to Kach, the fascist party of Rabbi Meir Kahane, which wanted to expel the 21% of Israelis who are of Palestinian heritage and which promoted violence against them. The Israeli establishment doesn’t care for the Palestinian-Israelis (sometimes called “Arab Israelis”) either, but did not want the maelstrom the Kach was proposing to stir up, and so banned it.

The Jewish Power party is full of Kahanists and so naturally wants the law repealed.

Not only that, but this government will openly award permits to businesses that wish to discriminate against women and gays “for religious purposes,” writes Aaron Rabinowitz at Haaretz. That demand came from the ultra-Orthodox United Torah Judaism Party. The UTJ party also extracted enormous housing and educational subsidies for the ultra-Orthodox and their seminary students from Netanyahu, who will now pay Haredi seminarians more than soldiers in the army. Businesses will also be allowed not to serve gatherings where gender segregation is not practiced. The Haredim, some 8 percent of Israel’s population and now a swing vote, object to the mixing of strange men and women, rather as Saudi Arabians did before the recent reforms of Crown Prince Mohammed Bin Salman. Gender segregation often works to disadvantage women.

Scott Prosterman pointed out in these pages that the more liberal pro-Israel lobbies in the U.S. are being alienated by this government.

The Israeli newspaper Arab 48 points to a new study by the Institute for National Security Studies at Tel Aviv University which warns that the new government’s proposed policies in the occupied Palestinian West Bank will bring it into conflict even with the very pro-Israel Biden administration. Secretary of State Antony Blinken has warned against expanding Israeli settlements in Palestinian territory, against trying to annex Palestinian land, and against changing the status quo of the Temple Mount, the third holiest shrine of the Muslim world. The new government is full of people dedicated to doing all those things.

Arab 48 also reports on plans to repurpose the internal security agency, Shin Bet, to investigate crimes by Palestinians, even though, as an intelligence agency, it has no remit to conduct criminal investigations.