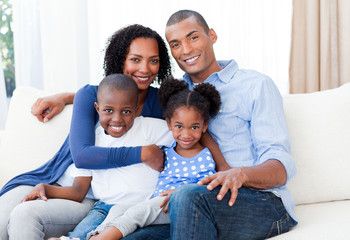 ( Inequality.org ) – By the middle of the 21st century, the United States will be a “majority minority” nation. If we hope to ensure a strong middle class, historically the backbone of the national economy, then improving the financial health of households of color will become even more urgent than it is today. Closing the persistent “wealth divide” between white households and households of color, already a matter of social justice, must become a priority for broader economic policy.

According to Survey of Consumer Finances data, the median Black family has $24,100 in wealth. This is just 12.7 percent of the $189,100 in wealth owned by the typical white family. The median Latino family, with $36,050, owns just 19.1 percent of the wealth of the median white family. The Institute for Policy Studies Racial Wealth Divide report provides more detail on this disturbing trend and proposed solutions.

Families that have zero or even “negative” wealth (meaning the value of their debts exceeds the value of their assets) live on the edge, just one minor economic setback away from tragedy. Institute for Policy Studies analysis of Federal Reserve data shows that while the racial wealth gap has improved slightly, an estimated 28 percent of Black households and 26 percent of Latinx households had zero or negative wealth in 2019, twice the level of whites.

As with total wealth, homeownership is heavily skewed towards white families, our Racial Wealth Divide report shows. In 2016, 72 percent of white families owned their home, compared to just 44 percent of Black families. Between 1983 and 2016, Latino homeownership increased by a dramatic nearly 40 percent, but it remains far below the rate for whites, at just 45 percent.

Black people also have to deal with larger student debt burdens. Black students on average have to take out larger loans to get through college than their white peers. A National Center for Education Statistics study reveals that Black Bachelor’s degree and Associate’s degree graduates face 13 percent and 26 percent more student debt, respectively, than their white peers. The challenge of paying off greater student debt is also worsened for Black graduates due to their lower average incomes. Black Bachelor’s degree and Associate’s degree holders earn 27 percent and 14 percent lower incomes, respectively, than whites with the same degree.