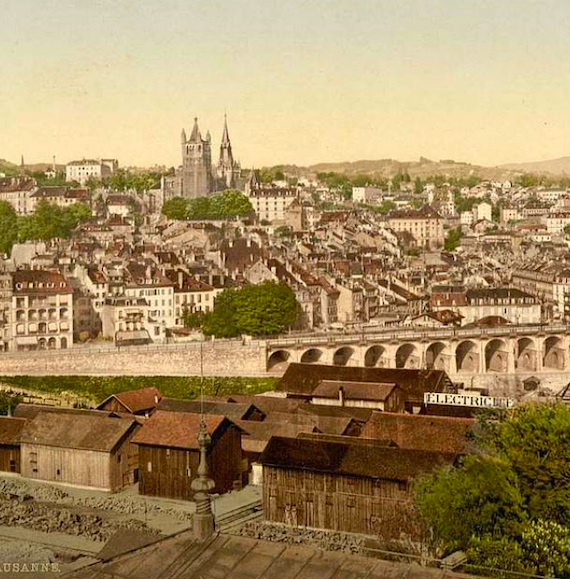 (The Conversation) – Commonly regarded as the “birth certificate” of modern Turkey, the 1923 treaty of Lausanne was the last of the peace settlements signed at the end of the first world war. This year’s centenary has already provoked far more public anticipation than one might expect, thanks to widespread belief in conspiracy theories.

Lausanne provided the foundation for the new republic of Turkey, with Mustafa Kemal Atatürk as its first president, largely drawing its modern borders.

According to recent surveys, just under half of Turkish people, and around 43% of graduates, believe that the 1923 treaty will expire this year and that its alleged “secret articles” will finally be unveiled.

Photochrome Print of Lausanne in the 1890s. Detroit Publishing Co. Via Picryl.

For believers in this counterfactual version of events, the “expiration” of the treaty will unshackle Turkey from western control. After being barred by Lausanne’s “secret articles” for a century, the country will finally be able to tap its rich oil and boron resources. Released from this “straightjacket”, Turkey will become a superpower again, as it was during the heyday of the Ottoman empire, they believe.

Of course, none of these claims has any foundation in historical fact. But where do they come from? And, more importantly, what drives so many people to believe in them?

Studies indicate that conspiracy theories result from predictable psychological factors. These include the motivation to bolster a strong group identity and the desire to secure one’s group from another group, made up of people who are considered to be hostile. The origins of the fictitious Lausanne conspiracy theories confirm this.

As historian Gökhan Çetinsaya notes, one can trace Lausanne conspiracy theories back to the antisemitic and nationalist Islamist writings of figures such as Cevat Rıfat Atilhan, a renowned pro-Nazi author and politician, and Necip Fazıl Kısakürek, poet and inspiration of Turkish president Recep Tayyip Erdoğan.

In the 1950s, Atilhan and Kısakürek argued that the Lausanne treaty was a Jewish plot, masterminded by Chief Rabbi Haim Nahum, a consultant of the Turkish delegation at Lausanne. Their conspiracy theory set out how the 1923 treaty represented a major defeat for Turkey, not only for the territorial and economic losses it inflicted through its known and “secret” clauses. By paving the way for the abolition of the Caliphate in March 1924 it also weakened Turkish society morally, upending the “unity and consciousness of Islam”.

But Lausanne conspiracy theories are not merely the product of indifference to historical realities or even the way history is taught in Turkish schools, where a dominant narrative hampers critical thinking. There are also structural factors at play. 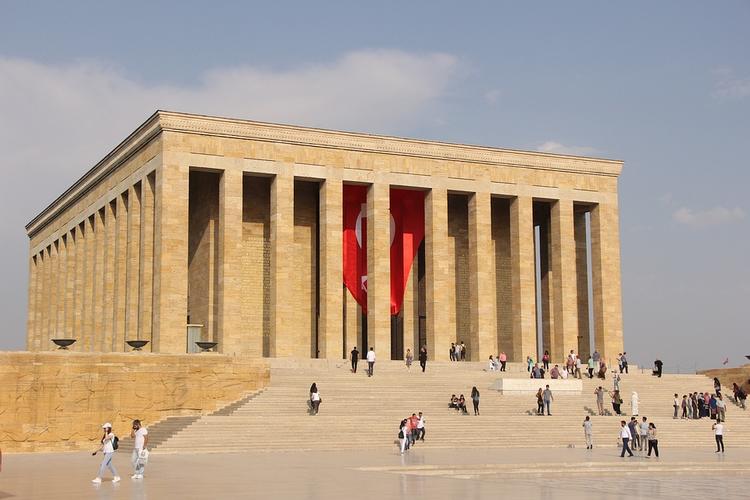 Mausoleum of Ataturk, Ankara. Via Pixabay.

Social psychology teaches us that conspiracy theories gain traction in times of societal crisis –something that Turkey hardly lacks. It’s not so much the dire economic and political (read dictatorial) conditions to which the country is currently being subjected.

It’s rather a long-term syndrome it has suffered over the past few centuries; a syndrome that has left Turkey, and before it the Ottoman empire, dangerously prone to even the most outlandish conspiracy theories.

Especially after Russia invaded Crimea, then part of the Ottoman empire, and annexed the territory outright a decade later in the 1780s, a syndromic era unfolded in Turkish history. It became evident that the Ottoman empire could no longer match the military and technological power of its Romanov rivals, nor that of the other major European powers.

This relative weakness spawned what would eventually be termed the eastern question. Should this semi-civilised “oriental empire” be partitioned or left intact? Should the European powers fight over its spoils or negotiate some settlement to share them out among themselves?

From an Ottoman perspective, the eastern question indicated a continual paradox: the existence of their empire depended on the support of the same European powers which posed the greatest threat to its territorial integrity.

To give a concrete example, in the early 1790s Sultan Selim III looked to thwart the Russian threat by recapturing Crimea with the support of France. However, and to his frustration, the decade ended with the French invasion of Ottoman Egypt and an unexpected alliance among Russia, Britain and the sultan.

But then, soon after the Anglo-Ottoman armies pushed the French out of Egypt in 1801, the sultan had to turn to the support of Napoleon Bonaparte to end the British occupation of Alexandria.

Throughout the century that followed, intelligence poured into Istanbul about the plans (many of them) of one or another European power (usually Russia or France, or both) to partition the sultan’s empire. This was partly why, in 1821, when the Greek revolution began, Ottoman authorities blindly and mistakenly believed that it was part of a broader Russian plot to invade Istanbul.

They never fathomed liberal nationalist Greek aspirations, nor those of the Lebanese a few decades later, nor those of the Armenians from the 1860s, among others. The Ottomans violently suppressed subaltern aspirations, subduing them as foreign machinations in their imperial gaze, much as Republican Turkey does with the Kurds today.

The history of secret clauses

Inclusion of secret clauses in Ottoman-European agreements was not an uncommon practice in this troubled history. Conspiracy theories have become a defining feature of Turkish political culture.

The 1920 treaty of Sèvres realised the worst fears of the Turks, leaving them with a rump state in Anatolia. But Lausanne turned things around, gaining Turkey some of its lost territories.

Ever since then secular nationalists, or the Kemalists (followers of former president Mustafa Kemal Atatürk), have considered the treaty a great victory, while the Islamists portrayed it in diametrically opposite terms, often drawing on fictitious conspiracy theories to bolster their case.

Within Turkey, Kemalists and Islamists nonetheless hold a shared belief that “a great conspiracy against the Turkish nation” has been in preparation by the foreign powers: a quote from Atatürk that current president Erdoğan often repeats.

A century after Lausanne put it to rest, the eastern question may seem ancient history. But the ghosts of the syndrome it once prompted and the fictitious conspiracy theories it left behind continue to haunt 21st century Turkey.