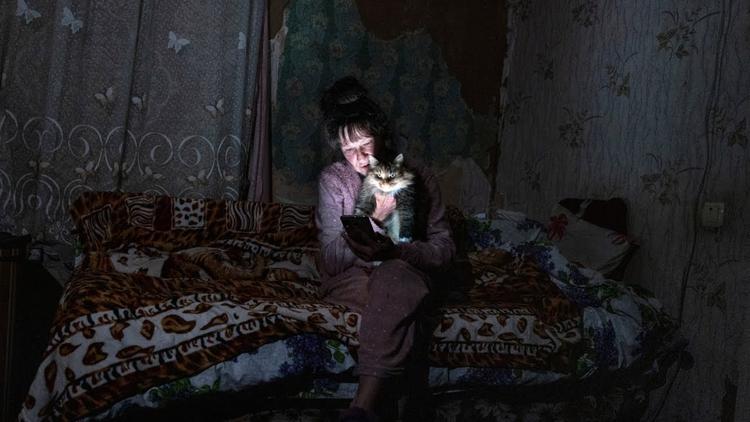 Ann Arbor (Informed Comment) – Despite the desire of all recent presidents to pivot away from the Middle East, Israel, fundamentalism and Iran have made it difficult to do so. In 2023, I believe that the Biden administration will have to spend far more time on Iran and Israel-Palestine than it had imagined, despite the major focus being on Russia in Ukraine.

Unlike President Obama, who saw the future of the United States as being in the Pacific Rim, Biden has pivoted instead to familiar territory, Russia and Eastern Europe. Obama’s vision was related to trade and innovation. Only a minor part of U.S. trade is with eastern Europe and now virtually none is with Russia. Biden’s pivot was not part of a long-term, thought-out grand stategy. It was reactive, addressing a lesser power’s attempt to alter the status quo by asserting itself as a regional hegemon.

In some ways, Putin’s play for grabbing some or all of Ukraine resembles Saddam Hussein’s attempt to annex Kuwait. George H. W. Bush likewise drew a line in the sand and put together an international coalition to push Saddam back into Iraq. Both the Gulf War and the current Ukraine effort by the U.S. and allies must be seen as attempts to restore a status quo. Bush senior had the advantage of fighting a non-nuclear state and so could simply deploy 500,000 U.S. troops and 250,000 allied troops, and overwhelm the Iraqi tank corps in Kuwait. Biden, in contrast, has had to resort to economic sanctions and the provision of weaponry to Ukrainians, who unlike Kuwaitis managed to survive the initial invasion and retain their independence.

Because Russia has 5,977 nuclear warheads, more than any other country in the world, the outcome of the Ukraine struggle is very difficult to predict. The war could grind on for a very long time. Russia’s gross domestic product fell at least 3.5% in 2022, and is predicted to fall similarly in 2023. It is not a body blow, but it can’t be making most Russians very happy. Still, authoritarian governments have levers of power that can help them survive such pressures. Iraq was thrown down to the level of a fourth-world country by the U.N. and U.S. sanctions in the 1990s, but the ruling Baath Party insulated itself from the oil embargo and had some $30 billion squirreled away to bribe key leaders into remaining loyal. Plus the Baath was brutal and would as soon kill you as look at you. If Russia’s elite hunkers down as the Iraqi did, we could be looking at a decade-long struggle.

Russia has picked up an important asset in the form of the Islamic Republic of Iran, which had made advances in unconventional drone warfare that the tank-and-jet- oriented Russian military had not. Iran’s provision of drones to Russia helped preserve Moscow’s momentum in the war when its own munitions stores ran low.

Israeli sources are saying that, based on Western intelligence assessments, Russia may reward Iran by allowing the ayatollahs to purchase 24 Sukhoi Su-35 fighter jets. Because of the harsh U.S. sanctions on Iran, which from 2007 to 2016 were reinforced by United Nations sanctions, Iran’s air force has an old dilapidated fleet. So too, worryingly, do the Iranian civilian airlines. If the Israeli press reports are not just propaganda, the Russian fighter-jets would be a game-changer for Iranian air power. The Sukhoi jets helped win the Syrian civil war for dictator Bashar al-Assad, who was backed by Iran, as well. Some observers have even suggested that one reason for the Russian intervention in Syria was to advertise the virtues of the new generation of fighter jets in what Moscow calls its “Aerospace Forces,” so as to sell them in more global markets.

That Iran is becoming so close to Russia is entirely the fault of the U.S. Republican Party in general and Donald J. Trump in particular. The 2015 Iran nuclear deal could have integrated Iran into the Western, capitalist economy. Iran mothballed 80% of its civilian nuclear enrichment program in return for sanctions being lifted. The Republican-dominated Congress, however, refused to lift U.S. sanctions on Iran. The U.S. goes around threatening unrelated third parties if they don’t uphold American sanctions. So France’s Total couldn’t invest in Iran because the Treasury Department would have fined it billions of dollars. Hence, no sanctions relief for Iran, at all. The country was screwed over by the nuclear deal, giving up any deterrence that might have come from its enrichment program, and receiving nothing in return. Less than nothing.

Then in May 2018, Trump breached the treaty entirely and tried to crush the Iranian economy, even attempting to stop Iran from selling its petroleum. He did this even though Iran had scrupulously adhered to its obligations under the Joint Comprehensive Plan of Action or nuclear deal. Only China successfully bucked these “maximum sanctions,” which were really a form of financial and trade blockade.

Now the same techniques of financial and trade blockade are being imposed on Russia by the Biden administration. Russia is interested in learning from Iran how to subvert them successfully, and interested in using Iran and China to jailbreak the U.S. sanctions.

The Republican Party and Trump, in other words, drove Iran into the arms of Russia, and thereby complicated the current Biden administration’s attempt to isolate Russia. Iran’s drones and purchase of Russian arms and other goods are helpful to Moscow’s war effort and attempt to tough out the U.S. efforts to put it in a box.

One of Iran’s obsessions is supporting the Lebanese party-militia, Hezbollah, against Israel. Iran’s ability to play among the Palestinians, as well, has been hampered by the preference of Hamas for a Muslim Brotherhood, Sunni alliance. The Egyptian and Syrian Muslim Brotherhood organizations, however, have been crushed by the officer corps’ vigorous counter-revolutions against the Arab Spring.

The new Netanyahu government in Israel has brought on board Religious Zionism and Jewish Power, which are the Israeli equivalents of the Iranian ayatollahs, only more aggressive. The Israeli fundamentalists are dedicated to expanding Israeli squatter-settlements and to the ethnic cleansing of the Palestinians. They could well provoke a new wave of radicalism, what Palestinians call an Intifada or uprising. If it materializes, it will give Iran an opening to make itself central to Levantine politics in general.

The street protests in Iran this past fall, led by young women, have revealed a profound generational and gender divide in that country. That divide, however, is unlikely to pull down the government in the short to medium term. It is an element in Iranians’ making of Iran in the long term.

With Biden’s foreign policy team bogged down in Ukraine, such new challenges in the Middle East will be difficult to address. Not only could Iran cast an even larger shadow over the region but the extremist Israeli government could make all sorts of mischief for American interests. The Netanyahu government is already talking about reneging on a U.S.-brokered deal on dividing Mediterranean gas fields between Israel and Lebanon, which Mr. Netanyahu characterizes as a surrender to Hezbollah. Netanyahu also keeps talking about bombing Iran, which his military and intelligence officers have so far stopped him from doing, but such an action would spark a major Mideast conflict.

As Mr. Obama discovered, it is really hard for the U.S. to pivot away from the Middle East, given the emotional investment Americans have in Israel and in the gasoline that fuels their cars. Maybe if we do switch to EVs in this decade, some future government really will be able to pivot.