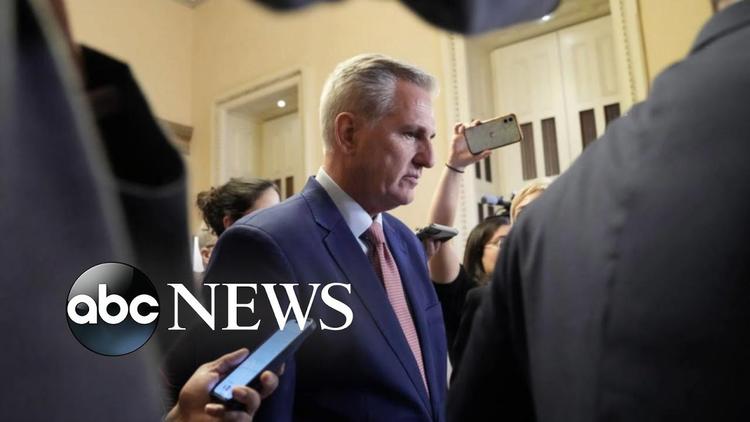 Ann Arbor (Informed Comment) – The Republican Party failed to elect a Speaker of the House on Tuesday. The ostensible reason is that 20 of the fascist so-called “Freedom Caucus” representatives voted against him. Six voted for Rep. Jim Jordan (R-OH), the biggest liar in politics since Oscar Zoroaster Phadrig Isaac Norman Henkle Emmannuel Ambroise Diggs claimed to be “Oz, the great and terrible.” You may object that Mr. Diggs was a fictional character, created by L. Frank Baum. But Jordan, McCarthy and most of the Republican politicians are also fictional characters, created by their own pollsters and campaign managers. They are all George Santos.

Santos (R-NY) was elected from New York’s 3rd district, running on a phantasmagorical resume. Yet what is notable about that resume is not that it is made up almost entirely of lies. After all, the leader of his party, Donald J. Trump, told some 33,000 lies in office. What is notable is the sort of lies he told.

Santos’ fictional backstory was full of far right wing virtue signalling. His parents were Holocaust survivors and so escaped the horrors of Nazism. This claim was made not out of any antipathy to Nazism, which has emerged as one of the constituencies for today’s Republican Party, but in an effort to attract the funding and support of the minority of Jewish Americans who vote for Republican antisemitism as long as it will lower their taxes. Santos’s parents were born Catholic in Brazil. His mother, he alleged, died in 9/11 and so was a victim of the other Nazism, far-right Muslim terrorism. His mother actually died in 2016. He is an entrepreneur, advising Goldman Sachs. He was penniless and is wanted back in Brazil for kiting checks to the tune of $700.

He went to New York University, the largest private university in the United States; but alas, left no trace with its registrar. He is wealthy, always a ticket into the Republican Party. But his wealth was acquired very recently and under the most mysterious of circumstances. He appears to have been bought for the purpose of doing favors for his anonymous benefactors on coming into office as a representative on the Hill. In this last respect, Santos differs from most other American politicians only in the brazenness and directness with which he has been bought. Usually these matters are attended to through untraceable dark money that is given to campaigns rather than to the grifters themselves. Of course, U.S. law often lets politicians keep unspent campaign funds.

Santos is the perfect postmodern candidate, a man of unstable, constructed identities, who nevertheless sits in Congress and casts his vote. Santos cast his vote for McCarthy.

McCarthy is himself an older, more important Santos. Not in the sense of falsifying which schools he went to or where he worked. At least as far as we know, those details on the would-be speaker’s curriculum vitae are accurate enough. No, McCarthy’s falsification consists in his entire lack of cervical, thoracic or lumbar vertebrae, that is, of a spine.

Has McCarthy denounced Santos’ lies? No.

Because he needs Santos’ vote.

After Trump attempted to get him lynched, McCarthy briefly complained loudly about the former president. But soon thereafter, as his pollsters came back to him and revealed that his squeal of outrage had raised hackles among the base, he fell silent about Trump’s perfidy. And then, in contrast, he went down to Mar-a-Lago and tried to mend his fences with the leader of his party. All was forgiven. It was as if the insurrection never took place.

McCarthy is an easy touch, easily blackmailed. He wants to be speaker so much that he has turned into a chameleon, attempting to be a hard liner to the hard liners and a moderate to the moderates.

Since the “Freedom [Fascist] Caucus” is made up of trolls, clowns and bullies, this assemblage of seedy characters out of a Star Wars bar scene takes delight in extorting McCarthy and then stabbing him in the back. Some 17 of the 20 who voted against McCarthy had taken money from his PAC. They are trying to hold him hostage to their policies even though they are less than 5% of Republicans in the House.

Ultimately, the phantom candidates are striving for phantom elections, which their ectoplasm can win however the misguided electorate might vote. The only difference between them and the Nazis who stormed the Capitol is that they have stormed it with black money rather than guns, knives and shaman headdresses.

McCarthy may in the end give away enough power to this tiny band of political blackmailers to wield the gavel to which he has long aspired. Its pounding will, however, signify nothing, since he will not be a leader but a hostage, a hostage to the most despicable political gangsters in his party.