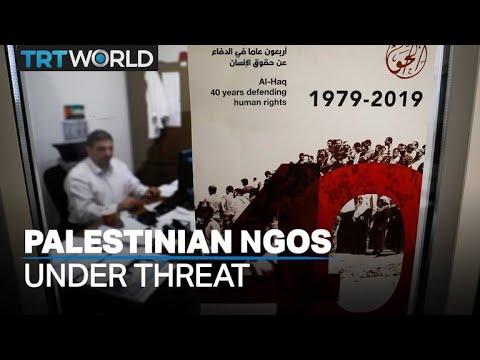 (The Conversation) – A right-wing Israeli politician is trying to recast a key part of American history.

That’s not a usual subject for an Israeli Cabinet member. But Itamar Ben-Gvir is trying to make his anti-Palestinian movement seem less extremist and more appealing to Jews and the international community. A rewrite of American history could help him do it.

In a November 2022 speech in Jerusalem after the recent Israeli elections, Ben-Gvir memorialized Rabbi Meir Kahane, an ultranationalist leader from the U.S. who moved to Israel and was both elected to Israel’s Parliament and convicted of terrorism before being assassinated in 1990. Ben-Gvir declared that Kahane and his followers saved Jews from the Soviet Union’s antisemitism during the 1970s and 1980s.

Kahane is best known in the U.S. as the founder of the Jewish Defense League, which was originally headquartered in New York City. From the 1960s through about 2001, this group was responsible for numerous terrorist and racist attacks against African Americans, Muslims, Jewish academics and public figures, as well as foreign diplomats.

The Conversation U.S. asked Curtis Hutt, the executive director of the Leonard and Shirley Goldstein Center for Human Rights at the University of Nebraska Omaha – an academic unit supported by donors who fought to free Soviet Jewry – to review Ben-Gvir’s claim and his motivations.

Who is this person?

Itamar Ben-Gvir is a newly elected member of the Knesset, Israel’s national legislature. He has also been appointed national security minister in the right-wing government led by Benjamin Netanyahu, who in December 2022 again became Israel’s prime minister, a post he previously held from 1996 to 1999 and again from 2009 to 2021.

Ben-Gvir is a longtime supporter of Israeli Kahanist movements fighting for a theocratic Jewish state. The members of those movements support Israeli dominion over the territory they call “greater Israel,” which includes not only present-day Israel but also the Palestinian territories.

What role and power does he have in the Israeli government?

Ben-Gvir is a critical part of the Knesset’s majority coalition led by Netanyahu.
As the new minister of national security with an expanded portfolio, he is now in charge of Israel’s police and border police in the Israeli-occupied West Bank.

Other members of the political party he leads, Otzma Yehudit, or “Jewish Power,” now hold ministry positions charged with expanding Jewish development in the Galilee and Negev regions, as well as overseeing cultural and religious heritage.

What constituencies does he represent?

In 1971, Kahane came to Israel from the U.S. and founded the Kach Party to bring his views to the voting public, but it was disqualified from participating in electoral politics in 1987 when changes to Israeli law banned groups that incited racism.

In 1994, Kach member Baruch Goldstein, who had also been a member of the Jewish Defense League, massacred 29 Muslim worshippers in a mosque at the Cave of the Patriarchs in Hebron, part of the Israeli-occupied West Bank. As a result, both Israel and the U.S. declared Kach to be a terrorist organization.

In 2007, Ben-Gvir was convicted of inciting racism and supporting a terrorist organization – Kach. He also once had a portrait of Goldstein hanging in his living room.

In the 2009 election that brought Netanyahu back into power from the opposition, Kahanist disciple Michael Ben-Ari was elected to the Knesset for the first time. Four years later, he formed a new Kahanist party, Otzma Yehudit, which didn’t win any Knesset seats in the 2013 elections. In 2019, Ben-Ari was banned from running for public office because of his alleged extremist activity.

At that time, Ben-Gvir, who was seen as being more moderate and more politically skilled than Ben-Ari, took over party leadership.

Ben-Gvir’s position as co-leader of this extreme right-wing alliance is so strong that his agreement to join Netanyahu’s coalition government includes a commitment to remove the clause in Israel’s Basic Law disqualifying a person from serving in the Knesset for inciting racism – for which Kahane was first banned, and of which Ben-Gvir has also been convicted.

What is Ben-Gvir saying about Rabbi Kahane and his activity?

In his November 2022 speech in honor of Kahane, Ben-Gvir credited Kahane and the Jewish Defense League for leading the successful fight against antisemitism and, specifically, in freeing Jews from the USSR.

During the Cold War, it was extremely difficult for Soviet citizens to leave the country. This put religious minorities like Jews, Protestants and Roman Catholics – all of whom were persecuted by the atheist regime – at great risk. In the 1970s and 1980s, Jewish communities across the U.S. mobilized on behalf of Soviet Jews, seeking to get them safely out of the country, often to Israel.

Throughout this period, the Jewish Defense League repeatedly physically attacked Soviet officials and cultural figures in the U.S. The group took over a New York City synagogue to demonstrate against Soviet diplomats whose offices were across the street.

Members poured blood on a Soviet official in Washington, D.C. They also set off an explosive device during a performance by a Soviet dance troupe. A bomb planted in the office of an agent finding work for Soviet entertainers killed the secretary, Iris Kones.

In my view – and the views of many Jewish leaders at the time – these efforts did not encourage the Soviet Union to change its policies or to release imprisoned dissidents. They were also exclusively focused on Russian Jews, rather than other religious minorities in the USSR, who were in a similar position as Roman Catholics and evangelicals. For the Jewish Defense League and others in Israel like new Israeli Cabinet member Avi Maoz, it was a battle to protect Jews from threats, not a struggle to improve human rights for all.

At the same time, the human rights aspect of the struggle in the USSR was a central focus of a U.S. political movement. A wide range of groups, including the Jewish community and its allies, but also Christians in the United States who were likewise aware of abuses against their own churches in the USSR, pushed Congress to act.

In 1975, that effort – not the work of the Jewish Defense League – achieved the enactment of the Jackson-Vanik amendment, which curbed U.S. trade with countries that restricted freedom of movement and other basic human rights. As a result of Jackson-Vanik, by the year 2000, 573,000 refugees, including large numbers of Jews, were able to come to the U.S. Another million Jews made their way to Israel.

What is Ben-Gvir trying to claim credit for?

Ben-Gvir wants to rehabilitate Kahane’s terrorist legacy to gain support among the larger Jewish public in Israel and the U.S. For Ben-Gvir, Kahane’s so-called past successes – as exemplified in the fight to free Soviet Jewry – justify contemporary violent Kahanist tactics on behalf of Israeli Jews against Palestinians, political and religious opposition, the LGBTQ community and others.

He claims that the Jewish Defense League’s violence, even against innocent people, freed the Soviet Jews. In doing so, he is seeking to take credit for what was really a human rights effort. In the meantime, Ben-Gvir and his allies claim that human rights organizations and activists are a danger to Israel because of their advocacy for Palestinian rights.

Ben-Gvir wants people to think that Kahanists were responsible for rescuing Jews from the USSR. History shows that this is not true. Kahanists acted at odds with the human rights activists and politicians responsible for the victory. Ben-Gvir and his allies act to only protect the rights of those they consider to be observant Jews in Israel. In my view, Ben-Gvir, as Israel’s new national security minister, sees Kahane-style aggressions as the best way to protect the Jewish nation-state.

Just as Kahane was uninterested in advocating for the rights of non-Jews in the USSR or elsewhere, I see Ben-Gvir promising aggressive “Jews First” governance for Israel, and a Jewish state expanded at the expense of Palestinians.