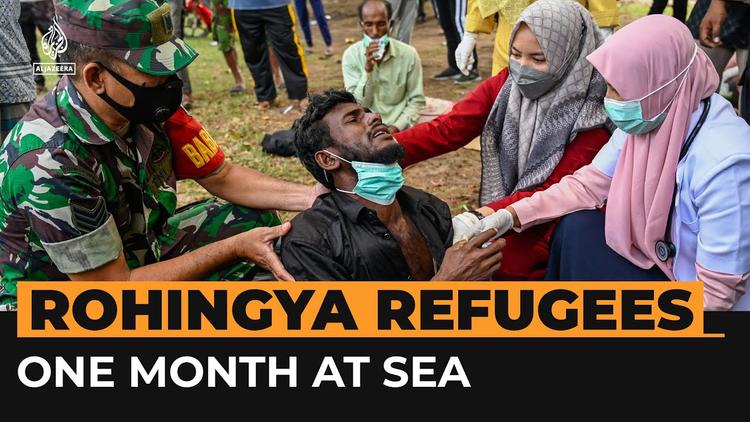 The UN Security Council recently adopted its first resolution on Myanmar in more than seven decades. The resolution demanded an end to the violence and called on Myamnar’s military junta to release all political prisoners. In 2021, the military seized power in the country in a violent coup that saw thousands killed and jailed.

In 2022, Canada announced its long awaited Indo-Pacific strategy. The strategy focuses on deepening economic ties with Pacific countries and boosting Canada’s military and cyber security in the region.

The strategy also states that Canada will “speak up for universal human rights” and defend “human rights in the region, including women’s rights.”

A strategy that truly stands up for women’s rights would advance Canada’s global leadership through offering greater support to the Rohingya, who are described as the “world’s most persecuted minority.”

Who are the Rohingya?

The Rohingya are an ethnic minority group in Myanmar. Along with other minority groups, they have been the regular target of state violence by the Myanmar military, also known as the Tatmadaw.

In August 2017, the Tatmadaw launched a brutal campaign in Myanmar’s northern Rakhine state. Many international organizations, including the UN, reported evidence of widespread sexual violence as well as massacres and the destruction of villages.

Hundreds of thousands of Rohingya people fled to neighbouring Bangladesh where they live in poor conditions.

The government of Myanmar has systematically denied the population the right to education in their own language and discriminated against them based on their religion. Myanmar’s leaders have repeatedly branded the Rohingya as illegal immigrants, denying them fundamental rights to education and to seek employment.

Sexual violence during the 2017 Rohingya genocide

Reports from health-care providers indicate that in 2017, conflict-related sexual violence (CRSV) was perpetrated by the Myanmar military. Along with mass rapes, the military would beat and shoot the victims who were predominantly women. Sometimes, they would also murder family members in front of the victims.

Evidence published by the UN and other human rights organizations indicate that the Myanmar militia’s use of rape was a tool of genocide to result in the complete and partial destruction of the Rohingya community. Survivor testimonies published by the UN, Human Rights Watch, Amnesty International and other organizations reveal that sexual violence and rape were meticulously planned.

The military raided Rohingya villages and forcefully entered households where women were gathering. Survivors recounted how soldiers would take turns raping the women.

CRSV is causing a public health crisis for Rohingya women in refugee camps. While urgent health care was dispatched by human rights organizations, much of it focused on treating infectious diseases and physical trauma.

CRSV can be particularly stigmatizing for the victims, especially in conservative patriarchal societies. Survivors may feel reluctant to report the crime because of the shame that could bring them and their families.

Lack of access to health care is also a major deterrent. Many refugee women often live in conservative environments where the use of contraceptives is frowned upon. Furthermore, pregnant refugee women are encouraged to stay at home by their families and not seek medical assistance due to superstition and fear.

What can Canada do for Rohingya women?

The Canadian government’s response to the Rohingya crisis focuses on alleviating the humanitarian crisis and encouraging positive political developments in Myanmar.

This kind of a top-down approach focuses on assisting fragile states with political tools and financial resources to build political stability and prevent violence. But the risk with this approach is that persecuted communities remain at the bottom of the power hierarchy, where they continue to remain vulnerable.

In a bottom-up approach, the focus is on ensuring healing for survivors and empowering them to access resources that aid in their social and psychological rehabilitation.

By applying a bottom-up approach, Canada should engage with local women’s and human rights organizations working with survivors who can also weigh in on post-conflict recovery.

There must be greater understanding of how race, ethnicity and gender relations contribute to women’s vulnerability during genocide and conflict. By addressing the crimes of sexual violence, Canada can work to bring survivors’ lived experience to the centre of humanitarian responses and help to prevent future abuses.

Localizing humanitarian engagements by partnering with grassroots organizations and community-led initiatives can help create healing and inclusive spaces for survivors of sexual violence.

This is a way Canada can ensure that survivors are protected and have access to the resources they need.

Canada needs to follow through on its commitment to combat conflict-related sexual violence and lead the international community in seeking justice for the Rohingya people.