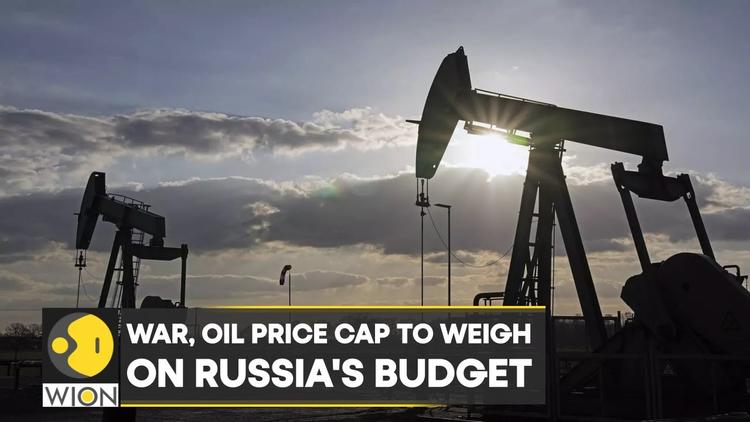 Ann Arbor (Informed Comment) – Does President Joe Biden have a choice of winning his struggle with Russia’s Vladimir Putin, or continuing “maximum pressure” sanctions against Iran? The problem is that if he continues to pursue both, he may end up handing Russia more resources to prosecute its campaign in Ukraine.

The International Energy Agency is predicting that global demand for petroleum, which is mostly used for transportation, will likely rise to a record 101.7 million barrels a day this year, up 1.9 million b/d from 2022. Half of the increased demand is coming from China, where President Xi Jinping has abandoned the “no-COVID” policy that kept many Chinese quarantined. With shops and factories opening, there is a demand for more trucks on the road, and more consumers are also driving to shop.

The analysts at the IEA are convinced that the excess demand of 1.9 mn. b/d can be met in the first and second quarters, but say that it may prove difficult to do so in the second half of 2023. They only expect production to rise by 1 mn. barrels a day this year, leaving an almost 1 mn. b/d shortfall. Some of that shortfall will come from the OPEC+ decision last summer to reduce output by 2 million barrels a day. Some will come from Russia not being able to put as much oil on the market as it would like, because of harsh U.S. sanctions.

Guess what happens if demand goes up by 1.9 mn. barrels per day, and supply only goes up by 1 million barrels a day? Yes. Prices go up.

The Biden administration would very much like prices not to go up. There are negative domestic political repercussions of high gasoline prices in the U.S. In addition, high prices for petroleum benefit the Russian government, since it can make up on those higher prices some of what it has lost in volume of sales because of Biden’s sanctions and the move of Europe to find other suppliers.

In fact, for Biden’s war effort against Russia in Ukraine, the ideal environment would be one where global petroleum prices fall. That development would bring the pain to the Putin government. The European Union and the G7 have already announced that they will not pay more that $60/ barrel for Russian oil. Urals crude in any case is only trading at $58 per barrel, and in some ports it is going for as little as $38 per barrel this January.

Russia’s economy was hurt but not devastated by US and EU sanctions in 2022, probably seeing a contraction in gross domestic product of around 4%. A similar contraction is expected in 2023. Russian stock prices over-all are down about a third.

The one bright spot in the Russian economy in 2022 was, ironically, oil and gas exports, which remained high since full sanctions had not been phased in, and brought in a lot of cash because of high prices off of the energy crisis that Putin’s invasion of Ukraine sparked. Irony. Things are looking dire for the industry in 2023, though, argue the editors at Oilprice.com. The full panoply of global sanctions will go into effect.

Russia only exported 7.8 mn. barrels/ day of crude in December, compared to 8 mn. bpd in December 2021. Prices have also come down, which is causing the Russian current account surplus to dwindle quickly. It only earned $12.6 billion for its petroleum in December, down $3 billion from November. Over all, in 2022, sanctions, reduced exports and the necessity to discount Urals crude led to a $20 billion loss in oil revenue last year. In December alone, receipts from fossil fuel sales (including gas) fell by 17%. That’s money that could have been used to replace destroyed tanks and make more ammunition.

So what would be sweet music to ears in the Kremlin? News of rising energy prices, precisely the scenario the IEA predicts for the second half of this year.

In order to keep the price of gasoline low, the Biden administration has even backed off its boycott of Venezuela, which is being allowed to export crude to the U.S. again.

Iran, the oil exports of which the US had devastated, seems to have increased its sales abroad by about a third, with volume rising from 669,000 mn bpd in 2021 to 900,000 mn bpd in 2022, a 35% increase, according to VOA. Most of Iran’s oil goes to China, which will need even more of it as its economy opens back up. The Iran sales to China evade US sanctions.

I conclude that virtually the only way for the US to keep economic pressure on the Kremlin in the second half of 2023 is to turn a blind eye to an even bigger expansion of Iranian exports, which could help offset the expected 0.9 million barrels a day shortfall.

In short, in the real world Washington may have to choose which country to put under maximum pressure sanctions, and it just may not be possible to do both.

Many social scientists believe that, anyway, harsh sanctions on a country devastate the middle class and make it weaker vis-a-vis the government, and so actually harm civil society activism. Iran’s protest movement would do better with fewer, not more, U.S. sanctions — especially broad ones targeting civil institutions such as the Central Bank.