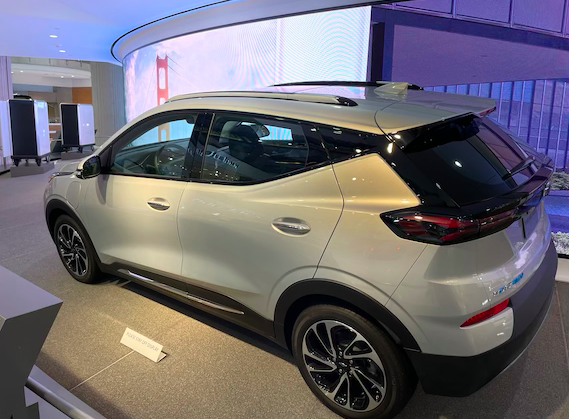 Ann Arbor (Informed Comment) The office of California Governor Gavin Newsom has announced that nearly 1 in 5 of new vehicles purchased in that state in 2022 were zero emission (ZEVs).

This statistic of 18.8% ZEVs did not represent business as usual for California. The rate of buying electric cars is up 38% from 2021 and 138% from 2020. That is one hell of an upward-shooting graph.

California has done a great deal to remove range anxiety putting in 80,027 shared electric vehicle chargers between public and private providers. And that is only the beginning. The state anticipates that it will get  $384 million of federal funding via the National Electric Vehicle Infrastructure Program that it can use to put in more charging stations everywhere in the state.

California, like Oregon and Washington state, have mandated that no new internal combustion engine (ICE) vehicles be sold by 2035.

The tremendous growth of the ZEV market in California has serious implications for petroleum producers. There are about 16 million registered automobiles in California, and 1.3 million of them are ZEVs. That is about 8%. All other things being equal, that percentage would equate to 8% less gasoline demand from that sector. It wouldn’t be an 8% reduction in total petroleum demand, though, since I’m not figuring heavy vehicles like trucks in. It would still be a significant fall.

That conclusion is very bad news for the governments of Russia and Iran.

Not only have we likely gone past peak gasoline in the US but we have also likely seen peak fossil fuels in electricity generation, according to the RMI (Rocky Mountain Institute) think tank.

Their study finds that demand for fossil fuels for electricity production has already peaked. The demand will stay steady for a few years, and then fall into a clear decline from about 2025.

This plateauing and then plummeting of fossil fuel demand is driven almost entirely by new solar and wind farms, the price of which has rapidly decreased over the past decade.

Some people have a lot of oil and gas stocks in their retirement portfolio. I once called that the “Hindenburg trap.”