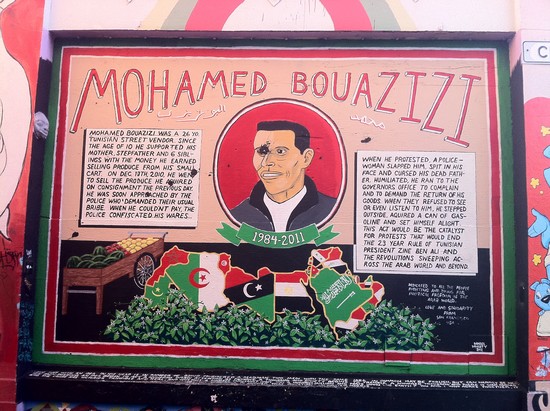 Graffiti from Mission Street, San Francisco in honor of Mohamed Bouazizi, whose self-immolation kicked off the Tunisian Revolution, inspired the Tahrir Square demonstrations, and the Arab Spring:

OWS San Francisco demonstration, California Street, January 20, 2012 (inspired by the Tahrir Square demonstrations of January 25, 2011, and after in Egypt): 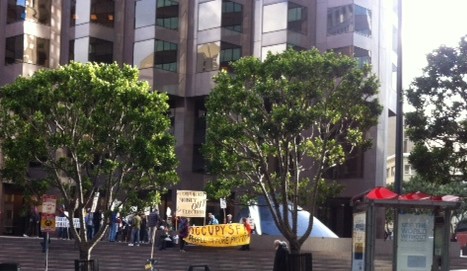 Occupy Wall Street in turn put pressure on the Obama administration to get tougher with, well, Wall Street. So he announced in his State of the Union Address that he was establishing a financial crimes unit and would make sure the big banks would get no more massive taxpayer bailouts.