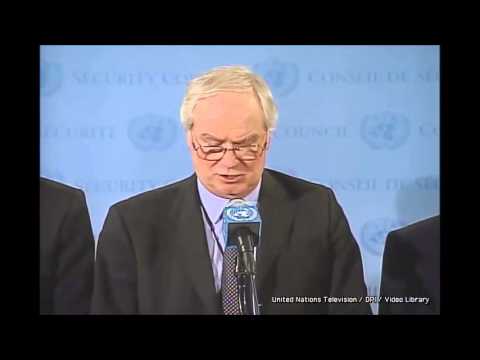 The US acted again as the rogue state at the United Nations Security Council on Wednesday, with the other 14 members issuing statements condemning Israeli plans for vast further theft of Palestinian land in the West Bank and installing squatters on it, in a step designed to cut the West Bank in two and make forever impossible a two-state solution to the problem of Palestinian statelessness.

The European Bloc, the non-aligned bloc, Russia and China all did an end run around the ruling Likud Party’s enabler, the Obama administration, which made clear it would veto a UNSC condemnation of the illegal Israeli actions. The significance of the veto is that it prevents any sanctions from being applied to Israel, despite the latter’s clear violations of international law.

The US move to once again screw the Palestinians over and protect Israel from any sanctions for its aggressive annexation of other people’s property did not derive from a conviction that Prime Minister Binyamin Netanyahu was justified in the installation of thousands of new squatters on Palestinian territory. The US rejects the plan, too. It just makes sure that international law never has any teeth when it comes to Israel.

The bankruptcy of the US position on this matter is obvious if we consider that Washington has vigorously pressed the UNSC for sanctions on Iran, and has imposed its own draconian sanctions and financial blockade, even though it is not proved that Iran is actually in violation of international law. Iranian children are being deprived of medicine by the US vindictiveness and manipulation of the UN, but the Israeli officials all seem to be overweight from eating too well off the profits they make from exploiting the Palestinians’ resources, and Washington runs interference for their criminal activities.

UN Under-Secretary-General for Political Affairs Jeffrey Feltman said of Netanyahu’s bank robbery: “If implemented, these plans would represent an almost fatal blow to remaining chances of securing a two-state solution. . . We strongly urge the Israeli government to heed the wide international calls to rescind these plans.” 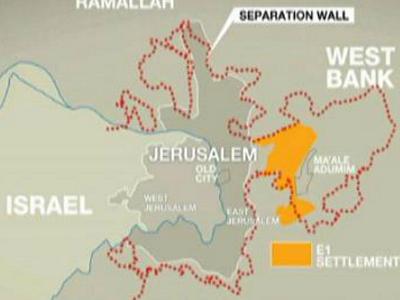 The European Union statement, which you will never, ever see on American television, is here:

The problem of Palestinian statelessness was created by the 1947-1948 Zionist ethnic cleansing campaign against Palestinian villagers, which resulted in 720,000 out of 1.2 million being kicked out of their homes, with the Jewish immigrants moving into them without paying any compensation. The League of Nations had recognized Palestine as a Class A Mandate scheduled for statehood at the Versailles peace conferences, and the British mandatory authorities repeated this pledge in their 1939 White Paper, but instead European Jewish immigrants displaced the locals and made them a homeless nation, a nation without rights of citizenship in a state. Now the far right wing nationalist parties, the Likud and Israel Beitenu, are trying to make sure yet another generation of Palestinians lives and dies without having a passport or a country that could so much as back their claim to own their own homes.