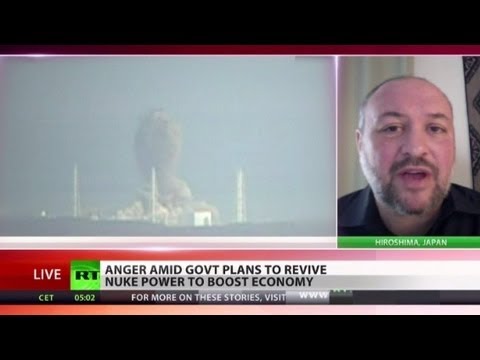 On the two-year anniversary of the Fukushima disaster, 40,000 people rallied in downtown Tokyo against the current conservative government’s plans to start back up Japan’s nuclear reactors.

Asahi Shimbun reports that it may take 40 years to decommission the four reactors there. Some 60 percent of Fukushima residents have no hope of returning home for many years.

With appropriate irony, Japan is putting the world’s largest offshore wind farm off the coast of Fukushima, hoping to generate a gigawatt of electricity with it. Japan’s current conservative government may not be as helpful as its predecessor, but surely renewables are in Japan’s future. The country has the scientists, engineers, entrepreneurs to become a leader in the field, if only it will commit to it. Indeed, a big turn toward green energy, on the scale being attempted by Germany, could help pull the country out of its long economic doldrums.