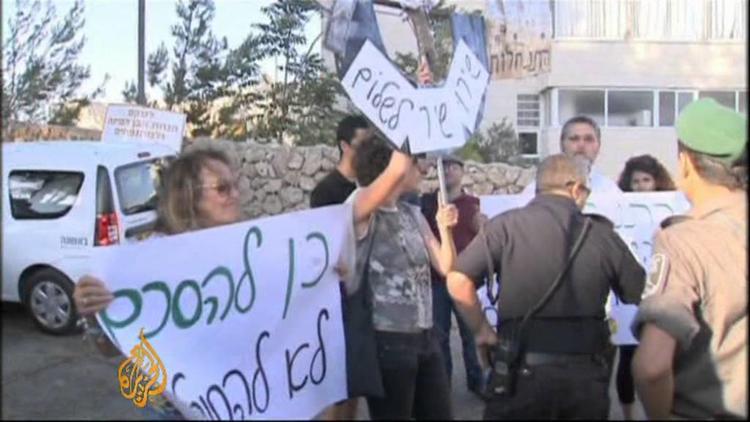 The Israeli government of Prime Minister Binyamin Netanyahu announced Sunday that it would take bids on nearly 1200 new housing units on Palestinian territory occupied by Israel.

The news from Tel Aviv further underlines what a charade the John Kerry-pushed “peace talks” are between a powerful Israel occupying some 4 million stateless Palestinians and the officials of the PLO (who lost the 2006 elections to Hamas before the CIA and Mossad made a coup for them in the West Bank). As RT notes, “Today, more than 100 Israeli settlements in East Jerusalem and the West Bank are home to some 560,000 Israelis living among 2.5 million Palestinians.” (‘Living among’ is apparently a euphemism for “stealing land from”).

The “peace talks” are supposed to lead to a Palestinian state with sovereignty over Palestinian territory, which is impossible as long as the Israeli squatters chomp away at the very land on which a state would be erected. Netanyahu’s spokesman said that the new building is only in parts of Palestinian territory that are not envisaged to return to the Palestinians from Israeli control in any negotiations. But the new building includes venues like East Jerusalem or the West Bank that Palestinians do in fact envisage recovering in any successful peace talks. Netanyahu is simply dictating beforehand what the Palestinians can have, rather as Elysium dictates to the slum-dwellers of earth in the Blomkamp film. 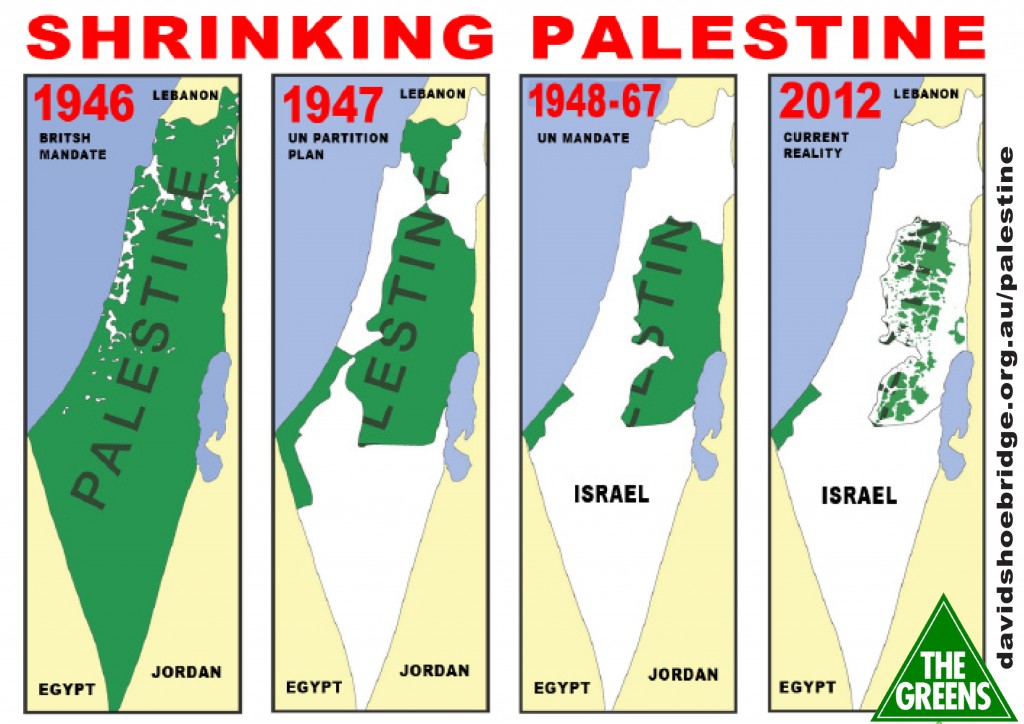 Negotiating with the Israelis over land they are actively stealing is like negotiating with with a glutton over a cake while he is eating it in another room. You might get some crumbs.

Israel militarily occupied the Gaza Strip and the West Bank in 1967. The United Nations charter, to which it is signatory, forbids the acquisition of territory by military conquest. The Geneva Convention of 1949 on the treatment of militarily occupied peoples forbids the transfer of populations from the Occupying Power into the occupied territory and forbids the Occupier from altering the lifeways of the occupied population. Israel’s occupation practices diverge so profoundly from international law that the Occupation itself is now obviously illegal. The European Union, for this reason, is now applying economic sanctions to Israeli-made goods deriving from squatter settlements on the Palestinian West Bank.

The USG Open Source Center translates an article from al-Ayyam for August 11, 2013, on Palestinian negotiator Saeb Erekat’s outrage over the Israeli announcement, coming on the eve of resumption of talks between the two sides. Excerpt:

‘Dr Saeb Erekat, chief of the Palestinian negotiating delegation, has lodged the first complaint with the US Administration against the Israeli side, which, he said, started violating the rules of the negotiations before they actually start. In a letter he addressed the day before yesterday to US Secretary of State John Kerry, Erekat said: “Without halting settlement construction, it is hard to see the negotiations advance toward reaching a peace agreement.”

In his letter, Erekat also protested the placement of 91 settlements, established in the occupied Palestinian territories, on the list of the areas of “national preference” in Israel, including four settlement outposts set up by the settlers on Palestinian lands, even without licensing by the competent Israeli authorities. He said that “approving these plans one week after announcing the resumption of negotiations is not a coincidence and points to the lack of seriousness on the part of Israel toward the peace process.” ‘

Erekat is no hard liner. The Palestine Papers leaked to Aljazeera show that behind the scenes he has been willing to give away to Israel Palestinian claims on East Jerusalem and control of the Aqsa Mosque in ways that most Palestinians found shocking.

Netanyahu likely made the announcement to mollify the extremist pro-squatter parties in his own cabinet, who denounced peace talks that might lead Israel to give up any of the West Bank as equivalent to another “Auschwitz.” Since the Israeli prime minister does not plan to negotiate in good faith or to permit Palestinians to have the dignity of citizenship in a state of their own, he may as well keep his coalition together with such frank announcements.