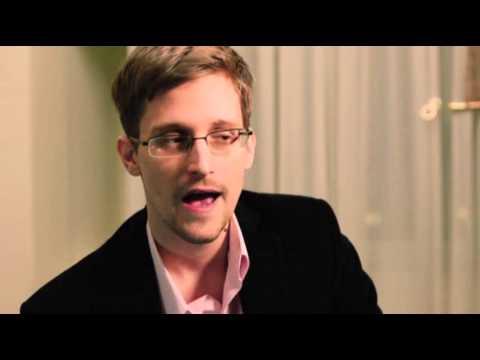 Edward Snowden’s Christmas address, carried by the British Channel 4, concentrated on the disappearance of privacy. He said that a child born today might “never know what it means to have a private moment to themselves, an unrecorded, unanalyzed thought.” People walk around with a tracking device in their pockets, he noted, and as we now know, the NSA is collecting the metadata of those phones, which includes location information.

AP has the video of Snowden’s Christmas message:

In focusing on privacy, Snowden is widening the issue merely from the 4th Amendment prohibition on unreasonable government searches of private papers and effects. This amendment was the basis for a recent Supreme Court ruling and a lower court ruling forbidding law enforcement from using GPS tracking without a warrant. The courts construed following someone around 24/7 as a “search” because such intensive monitoring of a person’s movements goes beyond just glimpsing the individual in public. NSA collection of metadata from cell phones inevitably involves tracking individuals just as a GPS device would.

But there are other places in the constitution and in the history of court rulings that prescribe privacy for individuals from government intrusion. In fact, although “privacy” is not mentioned in the US constitution, the Supreme Court found in Connecticut v. Griswold that American citizens had a constitutional right to use birth control and that the state could not arbitrarily come into the bedroom and prohibit it. Some of the justices referred to the 9th Amendment, which says “The enumeration in the Constitution, of certain rights, shall not be construed to deny or disparage others retained by the people.” That is, the government can’t just wake up in the morning and decide to constrain people’s private behavior. Not only are they protected from specific violations of their rights (attempts to curb speech, the press, religious belief or peaceable assembly) but they are protected in general as a free people from government intrusions.

Snowden is not a legal scholar but he has obviously thought deeply about privacy, and it seems to me he is warning that National Security Administration surveillance of millions of innocent Americans is violating their right to privacy and therefore violating the ninth amendment.

Other justices in Griswold referenced the due process clause of the 14th amendment, which says “No state shall make or enforce any law which shall abridge the privileges or immunities of citizens of the United States; nor shall any state deprive any person of life, liberty, or property, without due process of law; nor deny to any person within its jurisdiction the equal protection of the laws.”

Justice William O. Douglas instanced all of these considerations, saying that

Although Douglas’s finding of a “penumbra” of privacy in the constitution has fallen out of favor with jurists, this might be a good time to revisit it.

By monitoring who we call, when we call, and where we are when we call, the NSA is abridging the privileges and immunities of a free citizenry. They are depriving us of liberty without due process of law, since they haven’t obtained a warrant from a judge on grounds of specific evidence of wrong-doing. Likewise, the NSA is using the British intelligence organization GCHQ to scoop up citizens’ actual email texts and telephone calls that bounce through fiber optic cables across the Atlantic, which even more than metadata constitutes a form of warrantless wiretapping.

Snowden’s focus on privacy thus potentially widens the discussion from narrow procedural issues like warrantless search of electronic papers and effects to a much broader concern with the right of citizens to personal privacy from their government. This privacy is part of what Americans have typically meant by “liberty” and by being “free people.” That so many Americans, including members of the Washington punditry, are so willing blithely to abandon these rights and that liberty is absolutely appalling. You have a sense of how they would have behaved in the 1930s if they had been Germans after Hitler’s coup.

Snowden’s account of privacy is reminiscent of the work of Edward J. Bloustein as described in the Stanford Encyclopedia of Philosophy:

“Edward J. Bloustein (1964) argues that there is a common thread in the diverse legal cases protecting privacy. According to Bloustein, Warren and Brandeis failed to give a positive description of privacy, however they were correct that there was a single value connecting the privacy interests, a value they called “inviolate personality.” On Bloustein’s view it is possible to give a general theory of individual privacy that reconciles its divergent strands, and “inviolate personality” is the social value protected by privacy. It defines one’s essence as a human being and it includes individual dignity and integrity, personal autonomy and independence. Respect for these values is what grounds and unifies the concept of privacy. Discussing each of Prosser’s four types of privacy rights in turn, Bloustein defends the view that each of these privacy rights is important because it protects against intrusions demeaning to personality and against affronts to human dignity.”

The NSA mass surveillance is above all an “affront to human dignity.”

Having provoked a national and international debate over government surveillance, Edward Snowden is now doing us the favor of urging us to a profound consideration of what privacy and liberty mean in the 21st century.