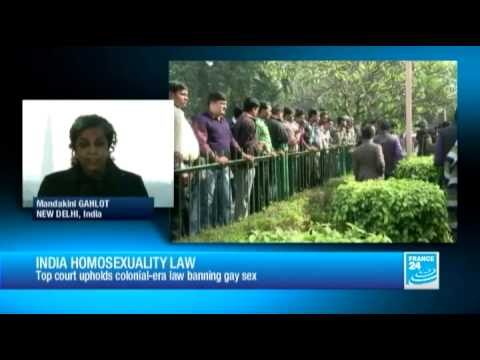 The day after International Human Rights Day, India’s Supreme Court published its ruling on whether the country’s sodomy law, which had been overturned by the Delhi High Court and then appealed, was unconstitutional. I’ve been a lawyer, a judge and a member of parliament in the Netherlands and each of those roles led me to look at the decision in a different way, leaving me conflicted about who should get to decide what, the legislature or the judiciary.

But as a human rights defender since 2007, I have seen the suffering of LGBT people who are treated as second-class citizens in many countries in the world. I want to see an end to discrimination against people based on their sexual orientation. The legal discussion that has interested me so much now seems futile. The end result is what counts in the daily lives of LGBT people.

Unfortunately, the disappointing Supreme Court ruling on December 11 that same-sex conduct between consenting adults remains a criminal offense under section 377 of the Indian Penal Code is a major setback for the rights of LGBT people. And not just for people in India, but also for people in many other countries where homosexual conduct is criminalized and where court cases challenging the constitutionality of their sodomy laws are pending.

The 98-page decision ends with one short sentence: “Notwithstanding this verdict, the competent legislature shall be free to consider the desirability and propriety of deleting Section 377 IPC from the statute book or amend the same.”

I regret that India’s Supreme Court falls so short in protecting the human rights of LGBT people and that they threw their legal protection role over the fence onto the legislature’s turf.

The judge, lawmaker, and human rights defender in me are in agreement and urge the Indian legislature to show political leadership and do what it should have done in the first place: decriminalize same-sex sexual relations between consenting adults. Time is of the essence. We need firm action now.