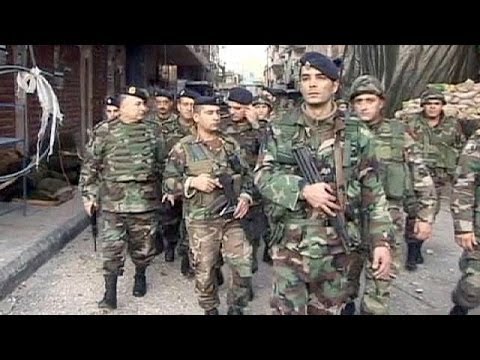 Those who suggest that the United States as a superpower is weaker in the Middle East today than nine years ago overestimate the impact on the region of the Bush administration’s frenetic invasions and occupations. Iraq and Afghanistan were off in corners of the Middle East, and the US clearly got bogged down in them fairly quickly. If anything, many countries in the region, such as Syria, felt they benefited from the US quagmires in the sense that Washington was preoccupied elsewhere. Hosni Mubarak in Egypt also blew off Condi Rice’s demand that he democratize.

Still, it is certainly the case that the diplomatic and military relationship of the US to the region is changing.

Egypt’s officer corps is in general not a geostrategic problem for Washington. The military will want the Suez Canal to be open and functioning, which is important to the US since 10 percent of the world’s trade goes through it. Some 8% of the world’s shipped petroleum goes through it, and Egypt also has oil pipelines. Moreover, the officer corps has and wants to retain correct relations with the Israeli security establishment. Indeed, the nationalists in Egypt, for all their bluster about Israel, are now de facto allied with Tel Aviv against Hamas and other branches of the Muslim Brotherhood. (The officers overthrew elected president Muhammad Morsi of the Brotherhood on July 3 and are conducting a massive campaign of repression against the movement, which they smear as being behind extremist violence in the Sinai Peninsula and as being linked to violence committed by the Hamas party-militia, based in the Gaza Strip). Still, the military government is an embarrassment to an Obama administration that sought better relations with nonviolent Muslim fundamentalist groups and urged that they be incorporated into democratic politics. It is also an embarrassment with regard to human rights. Washington cannot order the officers around, even though it gives $1.5 billion in aid every year. The Gulf oil monarchies who wanted the Brotherhood crushed have ponied up pledges of $16 billion this year alone. There seems little the US can do but to work with Europe to keep pressure on Cairo to move to free and fair elections and to reverse the Draconian laws on protests and the ban on membership in the Brotherhood, which has been declared a terrorist organization despite its long record since the 1970s of eschewing violence.

Iran maintains that the enrichment is for peaceful purposes, and if that is so the ayatollahs in Tehran have to be willing to prove it by giving extensive access to UN inspectors. Iran must also cast its stock of uranium enriched to 19.5% percent for its medical reactor in a form that cannot be further enriched for a bomb. At the same time, the White House has to find a way to rein in the sanctions hawks in Congress and at the Treasury Department, and reward Iran for full compliance with the International Atomic Energy Agency and UNSC demands by significantly reducing and ultimately removing sanctions. Iran will be important to a soft landing in post-American Afghanistan, and is important to the economic health of Iraq. The US and Iran have substantial common interests and should not allow hard liners on each side to derail this rapprochement.

I am unsympathetic with the problems Washington increasingly has with Israeli prime minister Binyamin Netanyahu, who is attempting to undermine both the Iran negotiations and the Kerry talks with Israel and the Palestinians. It is outrageous that Netanyahu should announce the building of more homes on the Palestinian West Bank during negotiations on the future of the West Bank. At some point, some president will have the balls simply to stop exercising the US veto when Israel is condemned by the whole world for its policy of annexing the West Bank and flooding Israeli squatters into this territory. Obama should just start abstaining, and let the rest of the world put Israel under sanctions just as they did Iran.

The US also faces a rebellion against its policies by King Abdullah of Saudi Arabia and his increasingly close adviser, Bandar bin Sultan. Saudi Arabia wanted the US to lob missiles at Damascus over the use of chemical weapons in August, and hoped the US would go beyond a few punishment strikes to hitting the airports the regime of Bashar al-Assad uses to resupply troops in Aleppo and elsewhere (the regime often cannot get overland convoys up north any more because the roads have been cut). Saudi Arabia also wants to keep Iran in the global dog house, seeing it as promoting a form of radical Shiite fundamentalist republicanism. King Abdullah is therefore angry about the US negotiations with Iran. Saudi Arabia is convinced that the protests since 2011 in Bahrain are the work of Iranian provocateurs, and that Iran is propping up al-Assad. They sent troops to Bahrain to aid the Sunni monarchy. And they are trying to offset Iranian backing for the Baath regime in Damascus by funding “moderate” freedom-fighters. (The Saudi royal family hates al-Qaeda and is very disturbed at the rise of al-Qaeda affiliates among the rebels in northern Syria).

The Saudi offer on Monday to give Lebanon $3 bn to spend on French arms and military aid serves the interests of the kingdom in several ways. Riyadh has punished Boeing, Lockheed Martin, etc., by encouraging Lebanon to buy from France rather than from the US. That is a slap in the face to Washington. Riyadh is encouraging France to reclaim Lebanon as a sphere of influence, in hopes of excluding Washington. Then, if the Lebanese national army is built up and becomes better trained and armed, it might eventually be able to curb the power of the Shiite Hizbullah party-miiitia, which is backed by Iran. They Saudis want the Alawite Shiite-dominated Baath Party of Syria to fall, with Sunni religious groups (but not al-Qaeda or the Muslim Brotherhood) coming to power in Damascus. Without al-Assad’s land bridge, Iran would not be able to resupply Hizbullah, which would decline in favor of Sunni political forces in Lebanon. The US is being most unhelpful in attaining these goals, and the Saudis are in a snit about it, threatening to offer their fealty instead to China.

The deal may also function as a bribe to France, encouraging it to continue to obstruct President Obama’s negotiations with President Rouhani.

Rhetorically, the US is on the Saudi side, wanting to reduce Iranian influence in the Arab world, to destroy Hizbullah, and to see al-Assad fall in Syria. But President Obama not only isn’t doing anything dramatic to implement these oral policies, some of this other policies, such as negotiating with Iran, may get in the way of the first set.

The Saudis are bluffing and the US should call their bluff. They are not actually going to entrust their security to Chinese communists. If the US really can forestall permanently a nuclear-armed Iran, Riyadh will owe Washington rather than being in a position to blow it off. And if the kingdom does not like Baath socialists in Damascus, it is going to hate the Chinese Communist Party. Obama was right to accept the Russian deal on Iran inspections, and should tell the Saudis to sit down and shut up when they make trouble. They need us more than we need them, what with all the turbulence in their neighborhood. Charles De Gaulle used also to sulk in this way about US policy, and the US just let him sulk. In the case of Algeria, Eisenhower and Kennedy twisted his arm to let Algeria go lest it become radicalized and go communist. Washington has never been afraid to put overly uppity allies in their place.

At the same time, the US and its allies need to get off petroleum and go to electric cars and plug-in hybrids fueled by sun, wind and wave. I run my Chevy Volt mostly off the solar panels on my house, and everyone could do the same, and should. The faster this transition can be made, the less important the oil monarchies will be. petro-economies anyway haven’t served the region well, promoting dictatorial rule because they strengthen the state against civil society. Developing a normal economy would be much better for them and for us.