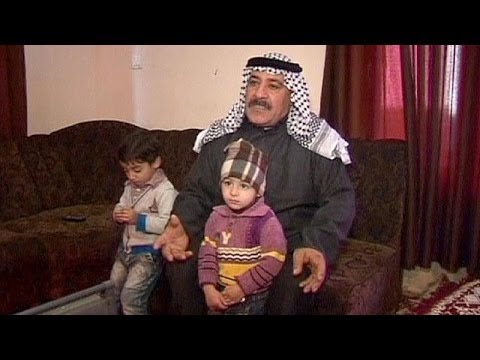 Sources from within the tribes in the city of Fallujah in Anbar province say that on Tuesday evening, a secret deal was done by the tribes of Anbar and members of the extremist group, the Islamic State of Iraq and Syria. Sources told NIQASH that the extremist group, also known as ISIS or Daash, said they would withdraw from the city so that the Iraqi army did not invade.

For several days now Iraqi Prime Minister Nouri al-Maliki has been threatening to send his troops into Fallujah to re-take the city; as Iraqi army troops massed on the outskirts of the city he even put out a call to locals to expel the extremist elements themselves – or face an attack by the Iraqi military.

The deal, done in the central city, was reached in order to prevent any further damage to the city. The city is mostly home to members of Sunni Muslim tribes who tend to be conservative when it comes to religion and to tribal customs. And despite their antipathy toward al-Maliki’s government –a Shiite Muslim-led coalition that Sunni Muslims say has alternately sidelined and targeted them – locals apparently do not want to see a repeat of 2004, when the US army stormed the city after the gruesome deaths of four contractors there.

Although it is unusual for ISIS to react in what may best be described as a diplomatic way, they apparently had good reason.

“Only several dozen Daash fighters actually entered the city in the first place,” says Ahmad al-Jumaili, one of the tribal leaders in Anbar. “They were only carrying light and medium sized weapons with them. And there is no way they could control a city like Fallujah where all the people of the city have at least one weapon in their homes.”

Local observers also say that ISIS had just suffered a defeat in Syria and this compounded their desire for withdrawal.

The agreement between Fallujah’s tribal leaders and the extremists gives the impression that the locals did just as the Prime Minister wanted: they expelled ISIS from the city.

The question now remains: Is it enough to change al-Maliki’s mind? Or will he go ahead with his military operation anyway – perhaps with a goal in mind other than cleansing the city of extremists? Al-Maliki may see it as a good excuse to get rid of more of those he appears to consider his enemies – although it is hard to see the international community – and important allies like the US – openly accepting such actions.

But there is also another question to consider: how exactly did ISIS take control of a whole city like Fallujah in two or so days?

It would certainly not have been possible under normal conditions. But the chaos generated in the city by the dispersal of Sunni Muslim protest sites that had been demonstrating against the government for almost a year provided more optimal conditions for a takeover. The general feeling in the city as a result of that dispersal – increased local antipathy toward the Iraqi government – also helped.

Additionally it is also true that a lot of the local members (that is, those not from other Arab countries) of the extremist Sunni Muslim groups have tribal or familial connections in Anbar, or elsewhere in Iraq.

Formerly the extremist organisation was led by Arabs from other countries. Previous to 2006, the leader of Al Qaeda in Iraq was Abu Musab al-Zarqawi, a Jordanian. He was killed in June 2006. Al-Zarqawi was followed by an Iraqi, Abu Omar al-Baghdadi, who is originally from Salahaddin province and when he was killed in 2010, he was replaced by another Iraqi, Abu Bakr al-Baghdadi, who still heads ISIS today and who is also descended from Sunni Muslim tribes, from the Salahaddin province.

In Iraq, the people of Fallujah are especially well known for their tribal and religious tendencies. The most prominent tribe here is the Dulaim, or Dulaimi, tribe which is known for its conservative ways and adherence to tribal and religious traditions. In fact, Fallujah is often called the “city of mosques” because, despite the size of the city, it is estimated there are over 500 mosques here.

Religion is also important to Al Qaeda affiliates but in many ways members don’t really obey the rules of Islam – they practice an extreme version that allows them to murder and to extort money to raise funds. But while they may not pay much attention to the teachings of Islam that advocate moderation and not killing thy neighbour, many of ISIS’ local members do still care about tribal laws and connections. These may well trump religious allegiances.

Even if nothing else, the tribes of Anbar currently have one thing in common with Al Qaeda affiliates like ISIS: many of them also want to confront al-Maliki and his government.

The members of ISIS in Anbar seemed to be well aware of this; they realized that Anbar was becoming an incubator of bad feeling toward the al-Maliki government.

One of the extremists, an Iraqi, took the podium after Friday prayers last week and addressed a huge crowd of worshippers: “We are the supporters of the Islamic State. We do not want to harm you. We belong to you and we want to help you to fight the Shiite government.  We will not act spontaneously,” the extremist said. “We will implement your orders.  You are the people of the city and you are the tribes of this city.”

This confirms what a resident of the city told NIQASH. “Al Qaeda is not acting in any radical way,” the resident said. “They don’t want to anger the people of the city. Members of Al Qaeda who belong to the Sunni tribes of Anbar won’t fight their own tribes and the tribal leaders won’t carry arms against Al Qaeda. The two have a common enemy.”

In many parts of Iraq tribal connections, customs and laws still have great power – often more than the rule of law, which is often hard to find.

“As the concepts of the state and of citizenship diminished in Iraq after 2003, Iraqis began to resort to their tribal origins to protect themselves,” explains Ahmed al-Qubaisi, a local sociologist.

Of course Iraqis are also well aware of what ISIS does when it’s not “defending” them against their oppressors. Members of Sunni tribes fought Al Qaeda affiliates during 2006 and 2007, when sectarian violence was at its worst in Iraq and Al Qaeda killed many of them and stole their money. Many Iraqis are also well aware of what ISIS is doing in Syria, committing atrocities against the Syrian people. However their growing anger at the way they are being treated by the Shiite Muslim-led government has caused them to think more favourably of that old adage: My enemy’s enemy is my friend.

Over the past ten years Sunni Muslims in Iraq, who used to feel like a majority, have started to feel like a minority. Parallel to the arrest of Sunni politicians, a lot of Sunnis have been arrested under anti-terrorism laws for which the penalty is death. There are disproportionate numbers of Sunnis in prison in Iraq and on death row.

The al-Maliki government organized an amnesty for those who had joined Shiite Muslim militias but it didn’t seem to want to deal with formerly armed Sunni Muslims the same way.

Sunni Muslims also complain that the Iraqi military is only 5 percent Sunni and that only one of the 14 most senior military leaders is Sunni Muslim, and that he is al-Maliki’s man anyway. They also say they are commonly denied government jobs because of their sect, something that is worrying in an oil-funded rentier economy where most of the employment opportunities to date have been provided by the state.

Discussions on Facebook give an insight to these feelings. Sunni Muslims in Iraq are reluctant to criticize ISIS online – and of course, this may also be because of fear of repercussions – but they don’t hesitate to criticize the Iraqi government and the Iraqi army and police. Many of the sentiments online indicate that Sunni Muslims are willing to support any group that will take a stand against the government.

“The demonstrations that took place in Anbar were aimed at regaining the rights of Sunni Muslims in Iraq that have been taken away from them over the past ten years,” Ali Hatem al-Suleiman, head of the powerful Dulaim tribe and one of the organizers of the protests, told NIQASH. “We were expecting the government to respond to our demands in some way. But they resorted to force to disperse the demonstrations. And that is what made the sons of the tribes take up arms.”

As Mushreq Abbas, managing editor of newspaper Al Hayat’s Baghdad bureau, put it so cannily: “Were the thousands of gunmen who unprecedentedly appeared on Anbar city streets all members of al-Qaeda?”

More likely they were locals enraged at the dispersal of the protests and angered at the arrest of Sunni Muslim leaders like, most recently, politician Ahmad al-Alwani who is also a member of the Dulaimi tribe – and they saw an opportunity to fight back, or they felt threatened because of the dispersal.

All of which means that the decisive elements in any upcoming conflict, whether that be military or political, are the local tribes.

A retired US army commander, who served in Iraq and who asked not to be named, told NIQASH that there could be no military solution in Anbar. “This city knows how to resist its enemies,” he told NIQASH. “Even great armies have not been able conquer the city by force. The government should reconcile with the people of Fallujah and it should announce an amnesty for anyone who did join Al Qaeda.”

The commander recalled the US-sponsored Awakening Movement, as it was known. At one stage the home grown initiative dating back to 2006 – which saw tribal groups with a Sunni Muslim background halting their fight against the US military and instead taking up arms against Sunni Muslim extremists, particularly al-Qaeda – was considered the US military’s magic bullet in Iraq.

“It seems like things started to go backwards when we left the country though,” he notes. “In Fallujah people always repeat the same thing: Your weapon is your honour. It’s difficult to use logic against that and history has shown that this city repudiates injustice.”

Also worth remembering is how Anbar’s tribes reacted in 1995 when former Iraqi leader Saddam Hussein executed Mohammed Madloum al-Dulaimi, a high ranking army officer from Anbar and a member of the same tribe as the arrested politician al-Alwani. Hussein was himself a Sunni Muslim but angry Anbar locals took over the city for ten days anyway. The insurgency was only ended when Hussein drove his tanks into Fallujah.

In terms of a political solution, it will be difficult for al-Maliki to win back the confidence of the Sunni Muslim tribes in Anbar. He has insulted the bigger tribes by forcefully ending the protests. Arresting al-Alwani on top of other similar high profile arrests has not helped him either.

In fact, presently, the balance of feeling probably favours ISIS.  However as many local analysts also suggest, in the long term Anbar’s tribes are unlikely to tolerate ISIS or any other extremists because of their bad behaviour. Instead they – and many others – suggest that the Iraqi government take firm and genuine steps toward real reconciliation with the country’s Sunni Muslims. It is, they suggest, the only solution.

Euronews reports on the withdrawal of extremists and a return to normality in Fallujah :