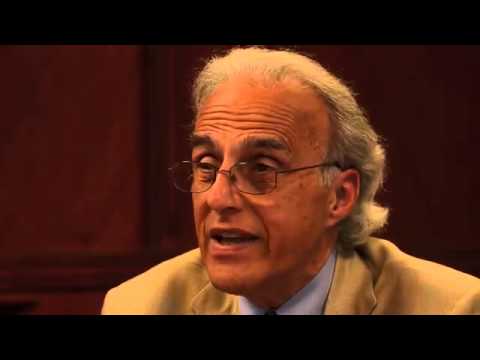 (By Charles Kurzman via IslamiCommentary)

Islamic terrorism has proved to be a relatively small threat to public safety in America since 9/11. Isolated individuals have engaged in sporadic violence such as the Boston Marathon bombings, but radicalization has remained far more limited than security officials feared. A report issued this month by the Triangle Center on Terrorism and Homeland Security shows that the number of Muslim-American terrorism suspects and perpetrators remained low in 2013.

These numbers are still considerably less than positive responses, but they suggest that a growing segment of the American population is willing to express negative views about Muslim-Americans in recent years.

This negative trend is even more pronounced in surveys that ask about Americans’ attitude toward Muslims in general, not specifically about Muslim-Americans (see the middle graph). In 17 surveys since 9/11 conducted by Pew, the Arab-American Institute, and other organizations, “unfavorable” responses declined from 2001 through 2006, then veered upward. From 21-24 percent “unfavorable” responses in 2006, negative responses spiked as high as 63 percent in recent years.

The results of all three survey questions — attitudes toward Muslim-Americans, toward Muslims in general, and toward Islam — show an increase in negative attitudes in recent years.

Yet this kind of survey question is not clearly defined — what does it mean to have “favorable” or “unfavorable” views of a faith or a large group of people? The question itself encourages respondents to offer a general opinion that may not reflect more nuanced attitudes, such as mixed views of a group or no opinion at all about the group as a whole. The question about attitudes toward Islam may be especially sensitive to survey-generated responses, since some non-Muslims may feel that it is theologically inappropriate to offer a “favorable” opinion of another religion.

In addition, some respondents may underreport negative views on these questions out of political correctness or some other concern. Preliminary accounts of two survey experiments on this subject have reported contradictory findings. One experiment by Abdulkader H. Sinno and colleagues found that Americans admit to negative attitudes toward Muslim-Americans more often when they do not have to say so directly. This experiment listed a series of controversial statements on unrelated subjects and asked respondents how many they agreed with — not which items, but the total number of items. Some of the lists included an extra item: would it bother you if a Muslim were elected president of the United States. By comparing responses to this list with responses to the list without this item, researchers concluded that 70 percent of Americans agreed with this concern. By contrast, 49 percent of Americans expressed this concern when asked directly in a separate survey.[i]

However, another experiment by Mathew J. Creighton and Amaney A. Jamal found that respondents do not feel the need to hide their negative attitudes. In their study, about 28 percent of Americans opposed granting citizenship to legal Muslim immigrants and 11 percent opposed citizenship for legal Christian immigrants, when asked directly. When asked these questions as part of a list, opposition to citizenship for Muslims rose only slightly to 31 percent, while opposition to citizenship for Christians more than doubled, to 28 percent. The researchers concluded that many Americans who had negative attitudes about Christian immigration were uncomfortable expressing their views directly to survey researchers, while few Americans who had negative attitudes about Muslim immigration felt such compunctions.[ii]

Regardless of reservations about the quality of the survey questions, an increasing proportion of Americans apparently feel comfortable identifying with the “unfavorable” category. This trend is confirmed in other sorts of survey questions, such as the “feeling thermometer” used by the American National Election Studies, asking respondents to rate whether they feel favorable and warm toward the group on a scale of 0 to 100. Between 2004 and 2012, the average “thermometer” rating for Muslims fell by 9 points.[iii] Of the nine minority groups mentioned in the survey, Muslims were rated higher only than atheists — possibly the most unpopular “religious” group in America[iv] — and illegal immigrants. A 2013 survey by the Public Religion Research Institute found that the average “thermometer” rating for Muslims had fallen another 3 points.[v]

What accounts for this trend toward more negative views of Islam and Muslims?

Surely this trend is due in part to the drumbeat of alarming news linking Muslims with violent events such as the Boston Marathon bombing, the attack on the American consulate in Libya, and civil wars in Syria and elsewhere.

Yet news of this sort is not new — indeed, there was considerably more terrorism abroad and homegrown radicalization in the late 2000s than in the early 2010s.

Plus, it appears that the trend in “unfavorable” attitudes is not directly related to Americans’ fear of Muslims, notwithstanding the “phobia” suffix in the term “Islamophobia.” Surveys over the past dozen years suggest that Americans are no more worried about being harmed by a terrorist attack now than they were right after 9/11. One set of 40 Gallup surveys between 2001 and 2013 found about 40 percent of Americans worried that they or someone in their family will become a victim of terrorism; another 11 surveys commissioned Fox News found about a third of Americans worried about terrorist attacks where they live or work.[vi]

This negative trend in attitudes toward Muslims, rather, appears to be part of a growing intolerance toward all minority groups in America. In the American National Election Studies, ‘thermometer” ratings for almost every group declined between 2004 and 2012 – Asian-Americans, Blacks, Catholics, Christian fundamentalists, feminists, Hispanics, illegal immigrants, and Muslims — though none declined as much as feelings toward Muslims. Other surveys, using a variety of indicators, have found small increases in anti-Black attitudes since 2008.[vii]

Anti-Muslim attitudes seem to have increased in tandem with an organized campaign to vilify the Muslim-American community as a threat to the United States. These anti-Muslim activists raise and spend tens of millions of dollars each year to spread their message, more than tripling their funding between 2001 and 2009.[viii] Anti-Islamic legislation developed and promoted by this movement has been proposed in 29 state legislatures and enacted in seven states.[ix] A clever analysis by sociologist Christopher A. Bail, using plagiarism-detection software, documented how anti-Islamic themes from these groups’ press releases have crept into mainstream media coverage.[x]

Conservatives have been particularly likely to shift toward anti-Islamic views. In the American National Election Studies, the gap between liberals and conservatives in “thermometer” ratings toward Muslims doubled between 2004 and 2012. In 2012, conservatives were twice as likely to report negative ratings as liberals. Even controlling statistically for conservatism, respondents who regularly watched Fox News or listened to conservative talk radio were 50 percent more likely than other respondents to express negative “thermometer” ratings toward Muslims.

It is important not to exaggerate the rise in anti-Islamic views of the American public. Most Americans still express positive views about Muslim-Americans, and most politicians have distanced themselves from anti-Islamic extremists and policies.

Still, it’s clear that the rise in negative attitudes toward Muslim-Americans poses a challenge to America’s self-image as a nation committed to religious freedom. Americans who promote the rights of religious minorities in other countries should be worried about developments in the United States as well.

[ii] Mathew J. Creighton and Amaney A. Jamal, “How it Became Acceptable to Publicly Reveal Bias Against Muslims in America,” Huffington Post, April 14, 2011.

Charles Kurzman is a Professor of Sociology at the University of North Carolina at Chapel Hill and author of The Missing Martyrs: Why There Are So Few Muslim Terrorists (Oxford University Press, 2011), and a series of annual reports on Muslim-American terrorism, including mostly recently the 2013 report. He is also co-director of UNC Chapel Hill’s Carolina Center for the Study of the Middle East and Muslim Civilizations. Follow Dr. Kurzman on Twitter @CharlesKurzman.